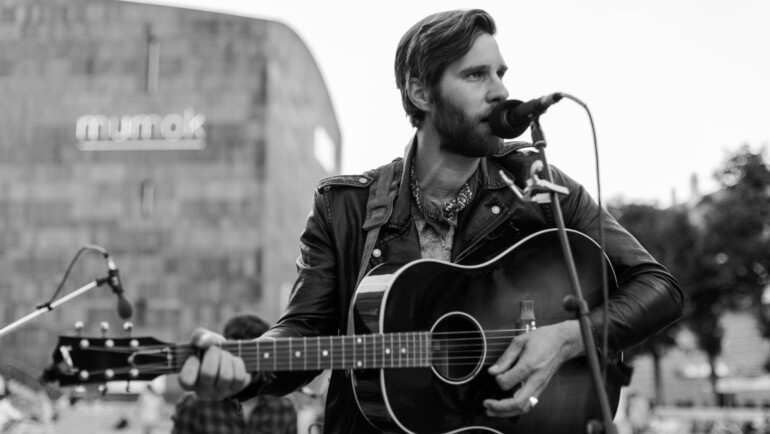 Classic blues, honky tonk, and melancholic country probably aren’t the first things people anywhere would associate with the mountains of Austria. But that is exactly what the audience in Austin can expect when Chris Comper hits the stage as Prinz Grizzley.
Comper is no newcomer to the Austrian music scene. In 2001 he formed the indie rock band Golden Reef, went on to release two EP’s and four full length LP’s and garnered more than a few good reviews for the work he did with them. But it wasn’t until 2015 that Chris Comper found his true musical home.

Prinz Grizzley performs music from the heart. A heart heavily influenced by “mountains, forests, stubbornness, warmth of heart, religiosity and part of a very simple life”. It is a mix of Austrian alpine culture expressed through the sounds of Americana.

And it isn’t too surprising that it works. There has been a long standing tradition in the US of absorbing aspects of immigrant culture and building it back into the sounds that would eventually become so iconic. Now it’s possible for that process to be reversed and for the result to feel just as organic. Heartbreak, loneliness, and melancholy are universal experiences that just happen to be enhanced by a certain honky-tonk swing, the sound of a pedal steel guitar, or a voice from someone who has just seen too much.

Prinz Grizzley has since released an EP (Wide Open Country) and a debut LP (Come on in). He has also built up a considerable following on the European market by performing a slew of festivals and tours in Ireland, England, Germany, Switzerland and Italy.