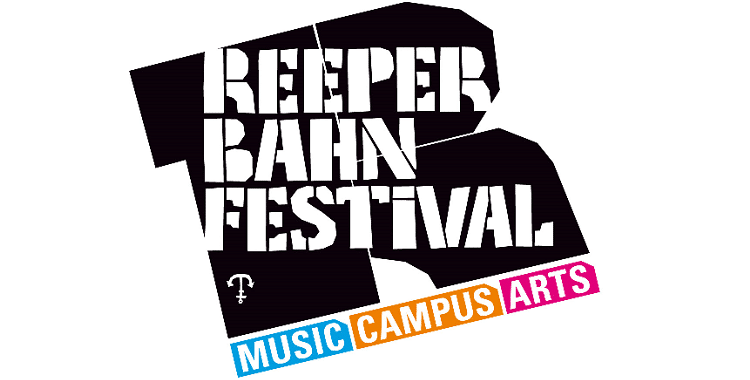 The Reeperbahn Festival (25.-28.09.2013, Hamburg) is Germany’s prime music industry platform and one of the three most important industry platforms in Europe. Featuring international newcomers, an extensive arts programme, a business platform for companies and organisations in the international music industry. And in the midst of it all… Austria with quite a big entourage!

Due to its remarkable upswing in recent years, the Alpine pop-music landscape and its extraordinary artists have been attracting more and more attention beyond Austrian borders. Vienna’s club and producer scene has been booming and significant festivals like Waves Vienna have emerged. This recognition is especially apparent as the focus country of Eurosonic in 2014.

“Right now there are a lot of exciting things happening in the Austrian market. This is also reflected in our program and we are therefore pleased to welcome already-known acts such as Naked Lunch or Chakuza, as well as newcomers like Steaming Satellites or Giantree.”
Bjørn Pfarr (Head of the Music Program, Reeperbahn Festival GbR)

In Hamburg, a showcase by the Viennese indie pop label Las Vegas Records will (literally) set the tone with the young bands DAWA, Kommando Elefant and Maur Due & Lichter. In addition to further representative concerts of the local pop scene, a presentation and a networking drink hosted by Austrian Music Export will also offer the opportunity to discover the Austrian music scene and to learn about new artists, as well as receive information on the Austrian focus of the Eurosonic Noorderslag 2014.

PRESENTATION: EUROSONIC 2014 – FOCUS ON AUSTRIA
Friday, 27.09.2013, 10:00–10:30, Board Room (Arcotel Onyx Lobby)
Austria is the new focus country of Eurosonic Noorderslag 2014, the most important showcase festival in the European live music industry. The 28th edition of the Dutch festival will take place early January 2014 in Groningen with the spotlight pointing to numerous performances by Austrian musicians.

AME NETWORKING DRINK
Friday, 27.09.2013, 13:30-14:00, Spielbude
Austrian Music Export (AME) invites all Reeperbahn Festival Delegates to a B2B networking drink. Get to know the AME representatives, Austrian artists, labels, promoters and agents in a relaxed and informal setting and find out about the Eurosonic 2014 Focus On Austria. Stick around after the reception for a showcase by Austrian label Las Vegas Records!

Las Vegas Records – Fri, 27.09., 14:00-16:30, Spielbude
LasVegas Records present Austria’s finest. The Indie label from Vienna has decided to conquer the world picking the most stunning pearls of Austrian Pop to create a cross-genre musical selection: MAUR DUE & LICHTER, DAWA, Kommando Elefant, The Helmut Bergers and many more were discovered by the label and have become centrepieces of the Austrian music scene – and will now be introduced to an international audience. (www.lasvegasrecords.at) 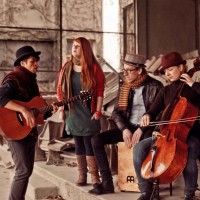 DAWA
Fri, 27.09., 14:00-14:40, Spielbude
A guitar, a cello, a cajón and two soulful voices, which perfectly harmonise – that’s DAWA from Vienna. Their “acoustic cello folk rock with beat” includes quiet, sentimental tunes as well as angry songs that are critical of society. At home in Vienna, the quartet continuously plays sold out shows. The reason for that might be this special, living room like atmosphere that their shows radiate. DAWA are laid-back and extremely ambitious at the same time. (www.dawa-official.com) 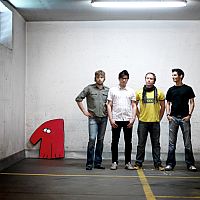 Kommando Elefant
Fri, 27.09., 15:00-15:40, Spielbude
Kommando Elefant is a funny band name isn’t it? Well, that’s not the only amusing thing about this quartet from Vienna. Their singers name is Alf! Still, they are no comedians. In fact they make wonderful Indie-Rock between acoustic guitar and electronic sounds, humour and tragedy, piano and synthesizers, party and melancholy. The band repeatedly reached the top 5 of Austria’s Indie charts, most recently with single “Wir sprengen Krokodile” from their latest album “Scheitern als Show”. But the complete Kommando Elefant experience is revealed to you when you see them on stage. (www.kommandoelefant.at) 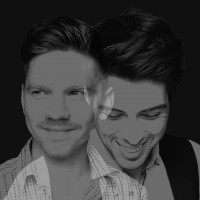 Maur Due & Lichter
Fri, 27.09., 15:50-16:30, Spielbude
Mauricio Duda und Daniel Lichter have two big loves in their life: They adore Singer-Songwriter ballads played on the acoustic guitar, but at the same time they admire club music and electronic Pop. As Maur Due & Lichter they merge acoustic ballads, sphercial soundscapes, minimal house beats and classic Pop tracks. Their second album “This Night Was Ment To Stay” is a lot clubbier then its forerunner and features jazzy saxophone parts, melodic instrumentals and electronic Pop songs. (www.maurduelichter.com) 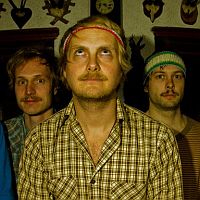 Steaming Satellites
Fri, 27.09., 19:30-20:30, Uebel&Gefährlich
The city of Salzburg immediately triggers images of magnificent buildings and the music of Wolfgang Amadeus Mozart. Neither of these two things seem to have had much of an impact on Salzburg band Steaming Satellites. The trio combines Indie-Rock with Space- and Psychedelic-Rock while electronic elements shimmer underneath. Just over a year ago they released their debut album, which was a real party record. Their follow-up “Slipstream” turned out more thoughtful. The band described the tracks as “self repair songs for the broken hearted”. (www.steamingsatellites.de) 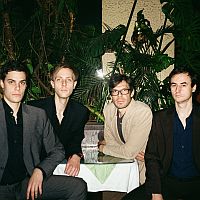 Kreisky
Fri, 27.09., 20:45-21:30, Molotow Bar
Motörhead are famous for being the loudest band on earth, but Kreisky are also a true statement in terms of noise. Since their formation in 2005 the quartet has been combining Rock, Punk and Noise. Abrasive guitars, dirty bass lines and thumping drums develop into a brutal and relentless noise excursion that emphasises the grumpy nagging of singer Franz Adrian Wenzl. His lyrics are just as stroppy as the music is. Maybe that’s why they called their latest and third album “Trouble”. (www.kreisky.net) 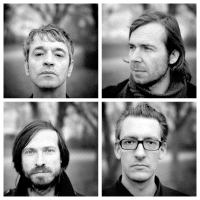 Naked Lunch
Thu, 26.09., 21:00-22:10, Knust
During the past few years the four-piece led by singer Oliver Welter has been exploring fine arts, creating the soundtrack for the staging of Franz Kafka’s unfinished novel “Amerika“ at the theatre in Klagenfurt, but in February they released their latest masterpiece “All Is Fever”. It’s full of opulent Indie-Pop, which leans towards orchestral instrumentation and doesn’t give a damn about the definitions and borders of Indie, Pop and classical music. It’s an anthemic piece of art. (www.nakedlunch.de) 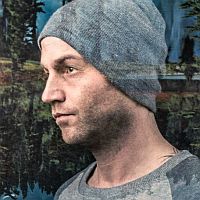 Chakuza
Fri, 27.09., 23:30-00:30, Moondoo
Chakuza has been a well-established part of the German Hip Hop scene for quite a while. Six years ago, the Austrian born released his first mix tape followed by three solo albums that all made the German top ten. Meanwhile, he has left his old label “ersterguterjunge” (owned by infamous German gangsta rapper Bushido) and turned away from the edgy sounds and aggressive lyrics of his early records. On his fourth album “Magnolia”, Chakuza is more honest and self-critical than before while the music features more instruments, which creates a fresh, melodious sound. (www.facebook.com/Chakuza4ever) 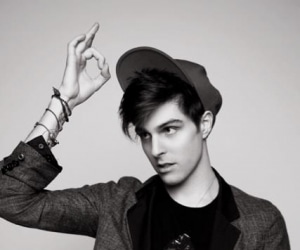 Left Boy
Fri, 27.09., 00:00-01:15, Grosse Freiheit 36
Left Boy is one of those Internet sensations. When he toured through Germany in October, every show was sold out despite the fact that he didn’t even have an album out yet. Instead, four million YouTube users have seen the video to his song “Jack Sparrow”, a track based on a “Pirates Of The Caribbean” sample. Fair enough, Left Boy knows what he is doing. The born Austrian moved to New York six years ago to study sound engineering. Since then the 24-year old has been working on his mix of Electro, Dubstep, Rap, Pop and Samples. His repertoire ranges from Dancefloor beats and introspective R’n’B to paranoid EDM sounds and Hip-Hop-Drum’n’Bass hybrids.(www.leftboy.com) 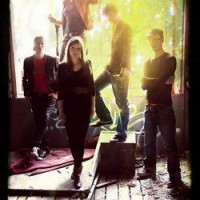 Giantree
Sat, 28.09., 19:00-19:40, Spielbude
Giantree are recent newcomers of the local pop scene. With their debut album “We all Yell”, the Vienna-based formation have managed to rise to the top favorites of the nation and impressively prove that Austria has a lot to offer in terms of good indie-pop music. Settled somewhere between rock, synth-pop and subtle electronic sounds, the five-member band has obviously hit the zeitgeist mark and already attracted a lot of attention abroad. (Giantree / facebook)