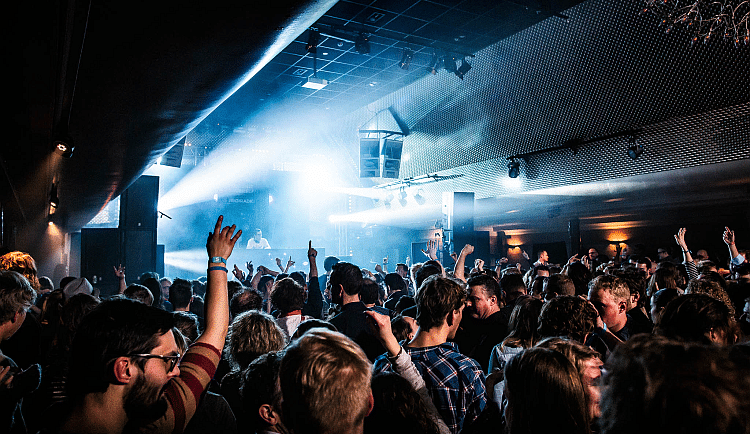 Each new year starts with the first official gathering of the music industry at Eurosonic Noorderslag, Europe’s most significant showcase festival. The next edition of the Dutch festival will take place on January 17-20, 2018, in Groningen, NL, featuring performances by Europe’s freshest up-and-coming music artists. The festival gathers the most important music industry protagonists, such as festival organisers, bookers, music promoters, and journalists from across Europe to get a taste of the most promising acts on the market. With a lot of good talent to go around, it is a great honor to be chosen as the country’s musical representative and a huge opportunity to showcase in front of so many industry professionals. This year´s festival features six Austrian artists: AVEC, ANKATHIE KOI, CARI CARI, HEARTS HEARTS, THIRSTY EYES, and NIHILS.

The most impressive songs have been written at home, they tell a story and often reflect life experiences. AVEC demonstrates that you don’t need to be able to read music, in order to write a good song. Writing music is how she deals with difficult personal experiences and feelings – the deep and meaningful connotations in her lyrics oppose the gentle plucking of her guitar strings. In her songs she can distance herself from the negative experiences in her life. But at the same time sharing her story gives her the creative power to portray human life and feelings through music. She does this in a very subtle yet powerful way.

Ankathie Koi began her career in Pop music after a classic education in jazz vocals. Although born in Bavaria she has been making waves in the Austrian music scene for quite some time. Now she counts as one of Austria’s most impressive female voices. But it isn’t just her vocal acrobatics that has grabbed everyone’s attention. Her almost gender-fluid stage persona drags the audience out of their comfortzone. Combined with her unbelievingly vivid and otherworldly voice, the end result can send shivers down your spine. Her debut album “I Hate The Way You Chew” (Seayou Records // produced by Beni Brachtel & techno-legend Patrick Pulsinger) is pretty spectacular proof of what she is capable of. 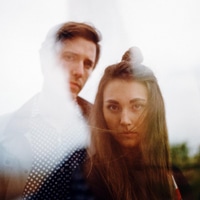 Not many bands manage to hit the international stage from the very beginning. But CARI CARI – aptly named the “lovechild of The XX and The Kills“ – have done it their way: first taking on the world and then Austria. Their single “White Line Fever” was licensed for the series “Shameless”, they have done a no-budget tour of Australia (a documentary is in the works) and their songs have been praised in blogs and online magazines. The band also recently won the first ever XA Export Award at Waves Vienna Festival.

Despite being part of the new wave of Austrian musicians taking over the airwaves, Hearts Hearts sound anything but Austrian. David Österle (vocals), Daniel Hämmerle (guitar), Johannes Mandorfer (drums) and Peter Paul Aufreiter (electronics) sound like Britain in its most innovative moments. The Viennese indietronica quartet released their debut album Young in 2016 via the prestigious German label Tomlab, which was described as “one of the most arresting debuts in recent years” by Drowned In Sound. They have been working on their sophomore effort ever since. 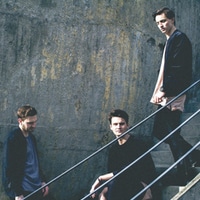 Although they released their first song in 2011, it wasn’t until April 2017 that their debut album Perspectives was finally released. The result was a mix of timeless pop and modern elements. NIHILS work with Four Artists and have made some waves supporting the German electro-pop band Claire in club shows around Germany. They have also spent the summer performing at festivals in Austria and Germany, live-sessions in the Red Bull Studios shows in Switzerland and Spain. It might have taken them a while to finally release their debut LP, but that’s just because they had a lot of concerts to play. One thing that obviously won’t change.

Since their emergence in early 2016, Thirsty Eyes have come to be recognised as major pillars in the falling masonry of Vienna Modern Raunch. Damning contemporary prepossessions for the self-important, humorless and boring, Thirsty Eyes stand for rough and unpolished Rawk-N-Roll: Preserved in alcohol and stripped to the skeleton, yet boisterous and charismatic, sometimes close to sheer unconsciousness. Accordingly these kids know their business, being well prepared to play various popular novelty tunes like the Ding–dang–a–dong, the Higgle–dy–piggle–dy as well as the Yukkum–yukkum. Just believe me, this band is on a mission and blessed with the rare ability to convert your average Polka audience into batshit lunatics.