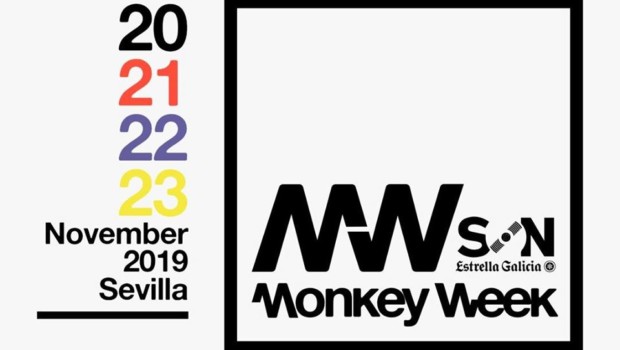 Monkey Week SON Estrella Galicia is an annual meeting point where artists, audiences and professionals of the Spanish independent music scene can interact with delegates and professionals from all over Europe, Latin America and other parts of the world. In short, it is the place to discover and make visible all those musical initiatives that will eventually become part of the new European cultural industry and, by extension, of the increasingly powerful Latin American circuit. Monkey Week 2019 will take place from November 20-23, 2019.

For the second time, Austria is present in Sevilla, this time with three young and upcoming artists. On Friday, Nov 22, PRESSYES will offer cheerful indie pop and singer/songwriter BERNHARD EDER will be juggling the analogue and digital in his carefully crafted songs. On Saturday, Nov 23, one can expect energetic enthusiasm on stage by the art pop duo MICKEY.

Bernhard Eder started his solo career in Berlin in 2006, played over 600 concerts all across Europe and made contributions to theatre plays and a movie. In May 2019 he released his seventh album “Reset” and reinvented his musical style. His subtlety when juggling the analogue and digital and his tendency towards somber tones, spur him to generate tracks infused with a strange nocturnal melancholy, grouping him with the likes of Thom Yorke.

With their art pop project Mickey, Alex Konrad and Klemens Wihlidal, earned themselves a name that stands for fat old school beats, playful effects and clever lyrics. At live concerts, a cheerful portion of madness full of winks at trash culture flashes through Mickey’s “survival pop”. The Austro-Slovak duo gleefully crosses boundaries – and this energetic enthusiasm can be felt live!

The Austrian René Mühlberger has been working on his peculiar musical project for years, an intuitive statement with nods to vaporwave and summery melodies, and arrangements falling somewhere between the Beach Boys, Air, Beck, Mac De Marco and Ariel Pink. With a live band comprising of bass player Marlene Lacherstorfer and drummer Alex Kerbl, the dreamy soundscapes will hit the road. PRESSYES´ debut album “On the Run” is an ode to living the dream.

The Austrian acts at Monkey Week 2019 are supported by Austrian Cultural Forum Madrid.