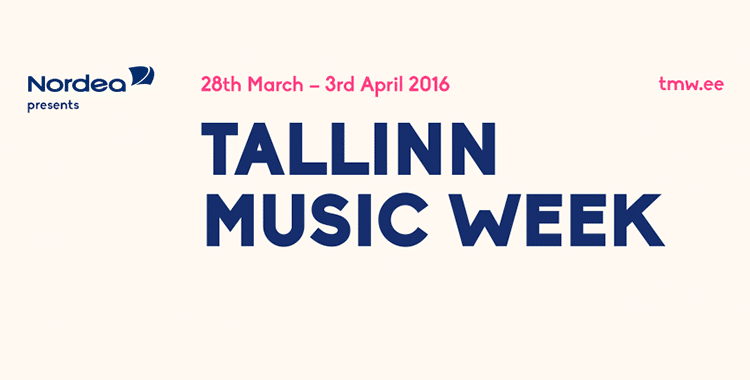 Tallinn Music Week (TMW) is an annually held music industry conference and one of the biggest indoor festivals in the Nordic-Baltic region that has grown into a vibrant city festival, presenting music, but also food, arts and design.
The festival brings together close to 900 music industry players, the artist line-up presents more than 200 acts from around 25 countries and diverse musical genres, attracting an audience of nearly 25,000 music lovers from Estonia and its neighboring countries. The internationally recognized event serves both as a networking platform for industry professionals and a diving-board for emerging acts around the world to get noticed by international and local talent-spotters and media.
Festival Link: tmw.ee

The Black Lotus Experiment considers itself as a group of musicians where each person represents a different musical background, merging each member‘s individual approach into a unified musical vision. As students of the Konservatorium Wien and the Mozarteum Salzburg Andreas Stocker and Lukas Moser provide the natural acoustic backdrop of bassoon,piano, trumpet and saxophone. Elena Shirin creates the defining emotional tension with her fragile yet powerful voice, while Lukas Frei provides the evocative electronic sound design as a producer and DJ . Moritz Scharf, with his roots as a trained jazz guitarist, trip-hop producer, and DJ, completes the picture with his skills as a live musician and producer.
Link: facebook.com/blacklotusexperiment

Art versus Pop, delicately performed melodies versus heavy electronic beats, country versus city, concept versus chaos, youthful naivety versus adult routine: LEYYA’s debut album “Spanish Disco” has more than a few realms collide with each other. On the whole, these supposed opposites resolve into a strong, implied “Spanish Disco” album, which must not shy away from international comparison. Even though the Duo from Upper Austria has no interest in discussing the term “concept”: it needs no second glance to discover a coherent and balanced album that deals with the problems of young adults: an ocean of options to do just anything, and the lack of strength to make decisions. Leyya already have a European tour with Metric, invitations to London, Paris and Berlin; Showcases at Reeperbahn, Waves Bratislava, Eurosonic and Ment Ljubljana on their list – yet there is more to come.
Link: leyya-music.com

The Electronica of WÆLDER from Berlin and Vienna oscillates between Ambient, Post-Dubstep and Pop, it scrapes past weird Folk and LoFi and sounds so organic, one can almost hear it breathe. Their beats and synths build landscapes of rugged cliffs and mossy ground that are teeming and crawling – warm and damp, magical, peculiar and harmonic like life itself. There are bscure samples, voices, field recordings, as well as countless instruments… Since the self-release of our their first EP “Firn” in 2013, Wælder played more than 80 concerts all over Europe (for example as support for Tricky, Buke&Gase and many more) and released their debut album “Anachronie” on the Berlin based label Kreismusik in April last year.
Link: waeldermusic.com