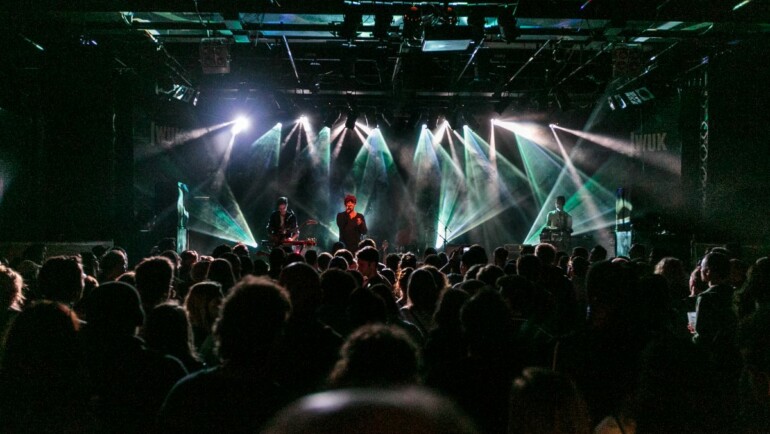 From September 27-29, Waves Vienna will turn Vienna’s ninth district into a hotspot for international and local music fans. About 100 acts from all around the globe will perform on ten stages, located at the festival headquarter WUK – Werkstätten und Kulturhaus and at venues nearby. This year, about a third of the line-up are upcoming acts from Austria. Waves Vienna offers a cultural space for new international and local artists as well as for established groups. It is a perfect chance for the local music scene to mix and mingle with international music professionals and music lovers. Last but not least, emerging local artists are able to prove their skills in front of an international audience – maybe for the very first time.

Pop Made in Austria

Despite being a small country, Austria has quite a big and diverse music scene. And especially within the last years, Austria has been a good place for pop acts to develop their very own styles. Styles reaching far beyond the national borders. Waves Vienna offers music lovers the chance to discover this rich variety of pop made in Austria. Check out the nominees for the 2nd XA – Music Export Award and read on for a list of artists you shouldn´t miss this year!

Among the Austrian artists are of course acts that already won an international audience. The garage trio DIVES for example, that just returned from Reeperbahn Festival in Hamburg. DIVES re-new what is thought to be traditional surf sound – their music celebrates levity, they speak their minds, they challenge their listeners. A surprising success story unfolds around newcomer Josh, who recently shot to the top ten of the European Border Breakers Chart with his genuine and catchy track “Cordula Grün”. CULK on the other hand just appeared on the scene´s radar with their first singles and offer a dark, yet dreamy and mysterious sound with dystopian reverb and effect-laden guitars.

The duo Dramas is still an insider tip too, but probably won’t be for much longer. Dramas play electronic pop music with a dark note and captivating depth and they do it with just the bare minimum – a few piano sounds, airy synth passages, playful electronic riffs and discreet beats. The release of their eagerly awaited debut album “Nothing Is Permanent” on Fabrique Records is scheduled for October 26.

Whether in pop, world music, experimental music or jazz: cellist LUKAS LAUERMANN is busy in various formations and always manages to put his own stamp on the songs he plays. At Waves Vienna, the audience meets Lukas Lauermann, who released his debut album ‘How I Remember Now I Remember How’ in 2017, as solo artist.

“I wanna practice, practice, practice, without rhyme or reason” sings newcomer Pauls Jets on “Üben Üben Üben”. The trio already proved at Popfest Wien 2018 that they are far beyond rehearsing and ready for the stage. THIRSTY EYES probably miss rehearsals a lot as they stand for rough and unpolished Rawk-N-Roll – as music expert Al Bird Dirt wrote, they are “on a mission and blessed with the rare ability to convert your average Polka audience into batshit lunatics.”

Mickey, who call their sound survival-pop, first showcased in spring 2018 at Sharpe – Music Festival (SK) followed by open-air concerts at Donaukanaltreiben. Now the duo – based in Vienna and Bratislava – is nominated for the 2nd XA – Music Export Award.
Psychedelic hippie pop with a lot of positive energy is what made Radio FM4 listen to PRESSYES: they were the Radio FM4 Soundpark act of the month back in May. Let´s find out how their positive energy feels in autumn!