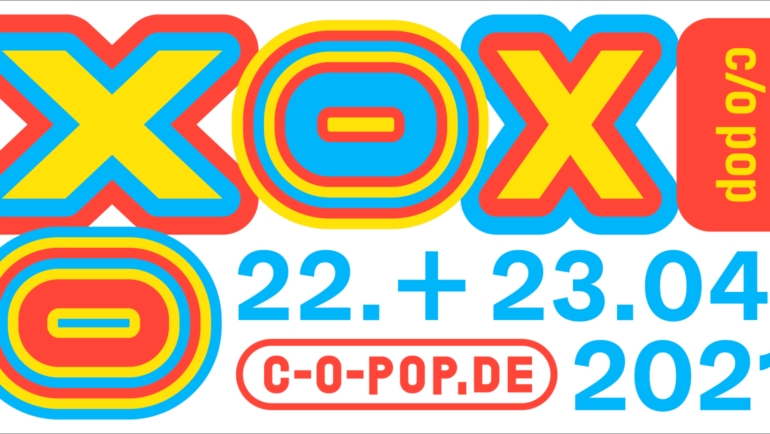 On April 22 and 23, 2021, c/o pop will once again be handing out countless virtual hugs and kisses: the special edition c/o pop xoxo is going into round 2. On the digital festival and convention channel, they’ll be mixing interactive live formats with hit concert highlights, workshops, interview formats, readings, and more. Of course, the standards set in fall 2020 remain the same or have even risen. As usual, they won’t be presenting the audience with a run-of-the-mill concert stream, but will try to convey a bit of festival feeling – with brightly colored shows and pre-produced special content, exciting challenges, interesting talks and no porta-potties (after all, you have to see the positive sides, too).

Austrian acts have been an integral part of c/o pop for many years. Previous editions of the festival featured the likes of Mavi Phoenix, Ankathie Koi, Voodoo Jürgens, OSKA or Wandl. At this year’s xoxo-edition you get the chance to experience four Austrian acts: My Ugly Clementine, SALÒ, Gazelle & The Bear & Sharktank.

The songwriting duo “Gazelle & the Bear” is presenting their debut album “Weird Shaped Clouds”, a collection of songs which playfully connects pop music, modern Jazz and Hip Hop. Stories about self-love, confrontations with oneself and others and the ongoing dance between wanting and having to do something and still encountering yourself with honesty. In their creative process Ines Kolleritsch and Julian Berann created an intimate space, a warm cloud of sound which embraces the listener’s ears. “Weird Shaped Clouds” is a play between complexity and simplicity in the most gentle way.

What started off as a solo project of rapper Mile quickly became a band in summer 2020, when young singer Katrin Paucz joined the sessions at renowned producer Marco Kleebauers studio (he famously produced several award winning and chart-topping albums from bands like Bilderbuch, Oehl and his own band, Leyya). The three band members are meeting in the studio regularly ever since – the results are songs that are created on the spot and intuitively, the honest and personal lyrics are expressions of current emotional states.

The success of their debut single Washed Up, which immediately gained traction on Spotify and radios, shows that the band hits a nerve with their signature and contemporary sound. Their 4-song EP Bad Energy lets us dive deeper into Sharktank’s colorful world. For Myself is building the bridge towards the hyper-productive trio’s upcoming debut album and again combines the best of these two worlds.

This supergroup from Vienna is really serious about one thing: having fun! My Ugly Clementine create a more than contemporary dusting of guitar with vitamin-rich borrowings from the 90s indie/college rock era. A post-punk approach here, irresistible pop hooks there, strong, serious messages – and still a sing-along chorus and a smile on the lips.

The founding story alone contributes to the creation of the legend: On Valentine’s Day (sic!) 2019, a mere picture of the newly assembled foursome on social media is enough to create an initial wave of excitement – because the personnel is well known: Sophie Lindinger (Leyya) as mastermind has fulfilled the long-cherished wish to work together with musicians* she holds in high esteem – and so Mira Lu Kovacs (5K HD, Schmieds Puls) stands next to her on guitar, for example. Kathrin Kolleritsch, who just made headlines with her queer-feminist rap solo project KEROSIN95, joins her on drums and vocals.

The “supergroup” was ready, which in the meantime, supplemented by Nastasja Ronck (Lucid Kid), plays the stages far beyond the country’s borders. Until today there is no “front person” – the vocals are changed and distributed according to the all-star principle.

Since summer 2019, SALÒ, who lives in Vienna, has been making music for dog pranksters, people who refuse to work and everyone else who has feelings. Despite all crises, SALÒ released his debut EP “Tränen zu Wein” in the summer of 2020 and has since been writing songs about life, suffering and probably the most beautiful mental illness in the world – love. The whole thing sounds like a wild promenade mixture of EBM, pop and dreamy electropunk. Dirty synths, honest platitudes and influences from DAF to Herbert Grönemeyer make SALÒ an ode to the flesh, the drive and heartbreak per se.

SALÒ’s new single “Oxytocin” describes the cold turkey of the “cuddle hormone” and neurotransmitter oxytocin, which is released not only during birth but also during touching and sex.

Stay tuned for showtimes and other announcements!

c/o pop is supported by Austrian Music Export and We Are Europe.