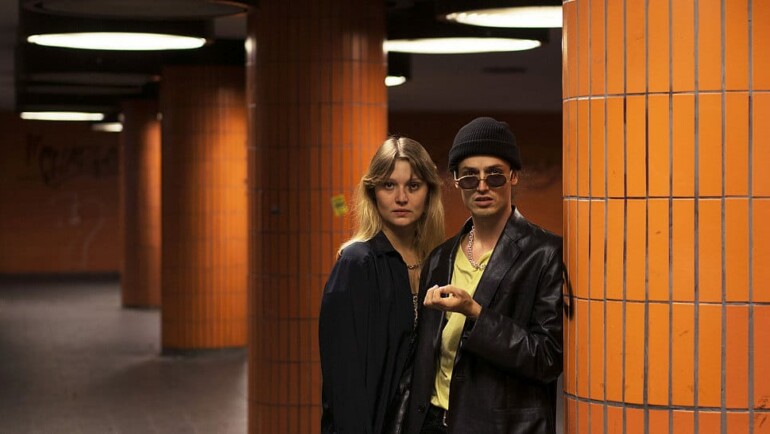 Eurosonic Noorderslag 2020 will be the first official gathering of the music industry in the upcoming year. Taking place from January 15-18 in Groningen, the Dutch festival features Europe’s most promising up-and-coming artists and gathers the most important stakeholders of the music industry. Each year, Austria is well represented with a selection of emerging artists. In 2019, no less than nine Austrian acts performed at Europe’s most significant showcase festival. Let´s have a look at the confirmed artists for ESNS 2020!

Looking at the announcements, Eurosonic Noorderslag 2020 promises to become a very exciting festival edition for Austria. On board are the MMETA 2020 nominees 5K HD, the XA 2018 winners DIVES, XA 2019 winners ANGER and indie-rock shooting stars MY UGLY CLEMENTINE. ESNS will also feature some familiar faces: Anna F. is back with a highly promising indie project called FRIEDBERG, and Austria’s probably most famous singer, CONCHITA WURST, will bring a new artistic identity on stage.

The Austrian “supergroup” 5K HD plays with partly acoustic, partly electronic sounds and without ever losing sight of a pop sensibility while moving fluently through jazz, dubstep, breakbeats, funk and even into a prog rock escalation. Fronted by singer Mira Lu Kovacs, 5K HD consists of Martin Eberle (trumpets), Benny Omerzell (keys), Manu Mayr (bass) and Andreas Lettner (drums). After showcasing at Eurosonic 2019, the band was nominated for a Music Moves Europe Talent Award and will return to Groningen in January 2020. In 2019, the band also toured in Germany, the UK, Belgium, Hungary, Luxembourg and Italy, performed at Haldern Pop Festival, Südtirol Jazz Festival, The Great Escape and Reeperbahn Festival and released their 2nd album “High Performer” on September 6th. Beehype about the latest release: “High Performer might include the most intense collection of songs you’ll hear this year, not just in Europe.”

Anger consists of Julian Angerer and Nora Pider, both originally from Brixen, South Tyrol. The dream pop duo moved to Vienna and brought a beautifully melancholic mood with them, accented with a soft Italian flair. After a couple of festival shows in 2019, including Maifeld Derby (DE), Frequency Festival (AT), Sonar Festival (ES), the renowned Reeperbahn Festival (GER), and Waves Vienna (AT), Anger already got a taste of performing on international festival stages. In their songs the duo deals with the big emotional topics, moving between love and anger, party mood and Sunday depression. Anger’s debut album “Heart / Break“ was released in September 2019. Shortly after, they won the  3rd XA-Music Export Award.

DIVES are three friends, lacking all insincerity, doing what they like best – having a good time and taking the audience along on their journey. The all-female surf-rock trio already toured throughout Austria, Germany and the Czech Republic, playing with artists such as L.A. Witch. The group also performed at c/o Pop, Popkultur Berlin, Reeperbahn Festival and Waves Vienna, where they won the 2nd XA – Music Export Award. Their debut full-lenght album was released in November via Siluh Records.

In 2019, singer Anna F. launched a new indie outfit: FRIEDBERG. The UK based, all-female alternative rock band played a fantastic show at Austria’s very own showcase festival Waves Vienna and furthermore headliner shows in Hamburg, Berlin and London, including BBC Introducing at The Lexington. Their aptly titled single “Go Wild” also made it on the official FIFA 2020 Soundtrack.

Their first show in May 2019 was sold out within 20 hours – whilst no one had even heard a single note of their songs. My Ugly Clementine is the brainchild of the award-winning singer, composer and producer Sophie Lindinger. For her new project, she gathered people around her who she always wanted to work with: Mira Lu Kovacs (5K HD), Kathrin Kolleritsch (Kerosin95) and Barbara Jungreithmeier – all of them well known figures in their respective scenes.

The Austrian singer Thomas Neuwirth created the stage character Conchita Wurst in 2011. The bearded diva won the 2014 Eurovision Song Contest in Copenhagen for Austria and became a global figurehead of the LGBTI community overnight with her victory slogan “We are unstoppable!”. In 2019, the third studio album is released, featuring – for the very first time – electronic music under the project title WURST. These new soundscapes were developed by Neuwirth in close collaboration with Eva Klampfer (Lylit, lyrics & music) and Albin Janoska (producer & co-author). The new style is more electronic, danceable, yet polarising at times – and always very close to the musician’s personal experiences. After the platinum-certified debut “Conchita” (2015) and “From Vienna With Love” (2018), recorded with the Wiener Symphoniker, the 3rd album ‘Truth Over Magnitude’ was released on October 25th, 2019.