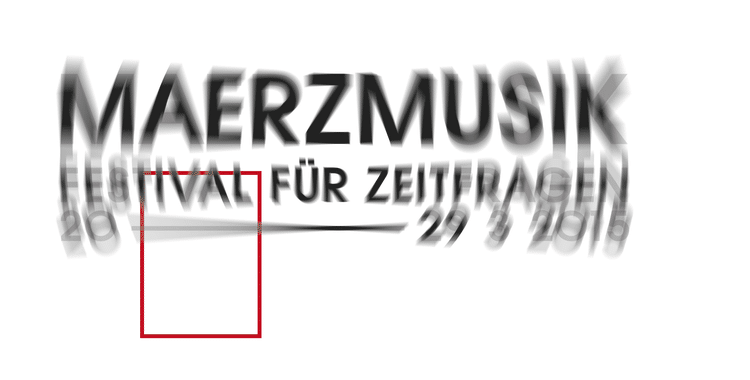 MaerzMusik in Berlin is a festival that explores contemporary time issues in the form of concerts, sound installations, art performances, film projects and discourse sessions. With the Austrian Berno Odo Polzer as the new artistic director of Maerzmusik, the festival has received a fresh conceptual direction and will examine the central question of our relationship to time. Over ten days and in various venues throughout Berlin, the festival offers a public forum for current notions, structures and experiences of time, as well as new and imaginative time forms and strategies that go beyond chronological and efficiency-oriented time regimes.

Featuring plenty of contemporary Austrian composers and performers, the festival will begin on March 20 with the opening project “Liquid Room” – a four-hour concert format developed by the Belgian ensemble Ictus. This improvisation and performance project breaks the usual time frame of concerts, playing on four stages and letting the sounds and audience move freely through the concert hall. Among others, the performance will feature works by the Austrian composers Peter Ablinger, Pierluigi Billone, Marko Ciciliani, Bernhard Gander, and Eva Reiter.

This year’s festival edition will put a strong emphasis on the oeuvre of the composer and theater director Georges Aperghis. His recent large-scale composition “Situations” for 23 soloists will be performed by the renowned Austrian ensemble Klangforum Wien. Additional highlights in the program are the performance of Georg Friedrich Haas‘ composition “In iij. Noct”, works by Austrian composers Wolfgang Mitterer and Peter Jakober, the premiere of Zeena Parkins (scholarship holder of the DAAD Berlin Artist Program 2014), the string quartets “HIDDEN” by Chaya Czernowin, “Longitude” by Davíð Brynjar Franzson, and the music theater projects “KREDIT” and “RECHT” by Daniel Kötter and Hannes Seidl.

The festival will be concluded with the monumental, 30-hour project “The Long Now”, which is a temporal and spatial composition that  consists of various sound installations, film screenings, performances, concerts and live acts.