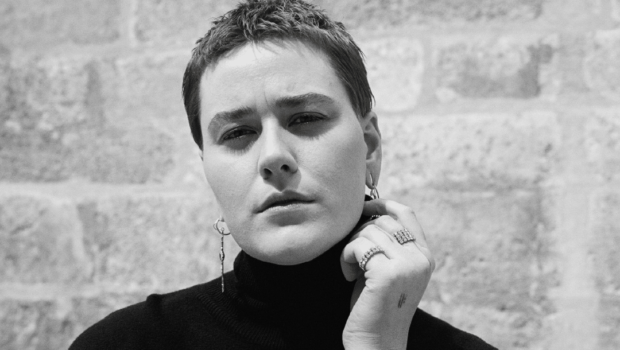 MENT Ljubljana presents the first wave of acts and speakers for the 8th edition of the Slovenian showcase festival, which will take place between 8 and 10 June 2022. Among them are Austrian artists FARCE and CID RIM. The full programme will be revealed mid-April. Stay tuned to the Austrian Music Export site for updates and get in touch via email for reduced delegate tickets!

A festival of music discovery focused on local, regional and European scenes, in 2022 MENT returns to its traditional three-day format with an international conference, which regularly attracts hundreds of professionals from all over Europe.

This year’s programme, spread across 15 locations, includes more than 80 acts from 25 countries. For the grand Wednesday opening at Kino Šiška, the acclaimed American singer-songwriter and producer Yves Tumor is making his Slovenian debut as the main act of the night. Among the many exciting acts performing on Thursday and Friday, we find the Ukrainian hip-hop icon Alyona Alyona, French avant-pop artist Oklou and UK singer-songwriter Martha Skye Murphy, to mention a few.

For this edition, MENT is joining forces with the Ljubljana festival Druga godba, which is celebrating its 38th anniversary. The festival, which will run from 24 May through 30 May, has always championed the intersection between old and new, introducing lesser-known musical styles and traditions alongside big names from various world and indigenous music scenes. The bill for the Druga godba stage includes the Slovenian bluesman Niko Novak, Japanese tribal-psych trio KUUNATIC, Belgian jazz fusion act Echoes of Zoo and Irish psychedelic dance music selector DJ Fitz.

The sought-after producer Clemens Bacher is also an established jazz drummer and experienced multi-instrumentalist. We know him from his collaborations with artists like Gorillaz, Sky Ferreira, The Clonious and Dorian Concept with whom he performed at the very first edition of MENT back in 2015. His debut EP came out in 2010 on Affine Records, a Vienna-based label he co-founded, and shortly after he won the Gilles Peterson’s World Wide Award for the official remix of Chvrches’ song “Recover”. A man of many talents, his mystical musical world relies on the limitless potentials of funk, contemporary electronica and drum-driven jazz.

“Another electronic artist with a jazz background who isn’t afraid to let that jazz seep into his electronic work.” – Mike Schiller, Pop Matters

The Austrian producer, songwriter and artist exists outside genre boundaries. On her latest record “Trauma Bounce”, she finds her niche in anything that is heavy in bass and filled with emotion. Without losing her knack for catchy riffs and memorable vocal lines, the album finds Farce in considerably more tangible spheres compared to her debut EP. Designed as a conceptual journey from start to finish, her LP declares war on the much-discussed death of the album and shows us just how far an intentional and well-rounded body of work can go. Farce’s music shamelessly requests the listener’s full attention.

“And that’s exactly the idea behind it: you can still dance even if everything sucks.” – Katharina Seidler, Radio FM4

The full programme will be revealed mid-April. Stay tuned to the Austrian Music Export site for updates!