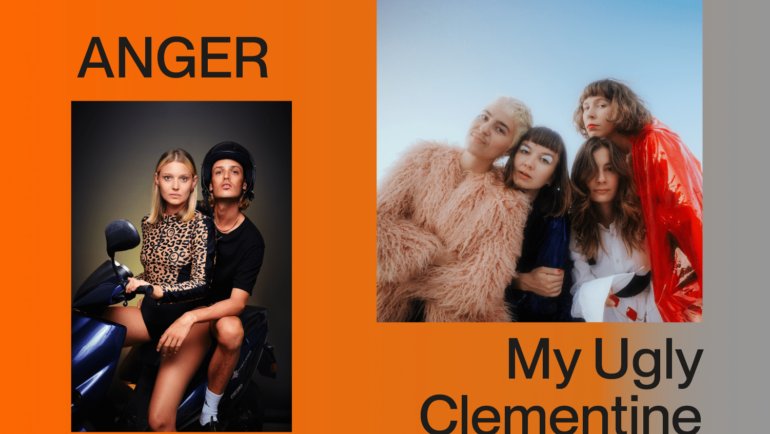 The showcase festival begins soon! The international meeting of the music sector will bring together 28 artists from 10 countries between the 2nd and 12th June. For PRIMAVERA Pro 2022 a fantastic program has been created to travel around Europe, Latin America and Asia together with different emerging and established international artists. Among them are Austrian bands, ANGER and My Ugly Clementine. Fasten your seatbelt or plug in your headphones – let the journey begin!

From June 2-12, we will be able to dance (like back in the good old days) to fresh music from all over the globe. All this will be possible at the Day Pro stage of the Centre de Cultura Contemporània de Barcelona (CCCB) and Fòrum, where the Night Pro stage will be located. There will also be several showcases at Primavera a la Ciutat programme. In addition to Brazil, Spain, Chile, Greece, Italy, Ireland, Lithuania and Taiwan, Austria will be represented by two fresh, not-to-be-missed acts …

Austria: From guitars to indie pop

Austrian Heartbeats is bringing two of the bands that are already making a name for themselves in Austria to Barcelona. My Ugly Clementine, a band formed by 4 people who get together to do what they love most; play post-punk and vindicate themselves. They will be joined by ANGER with their breezy indie pop, which will be perfect in this weather.

This supergroup from Vienna is damn serious about one thing: having fun! My Ugly Clementine is the brainchild of Sophie Lindinger, who already won awards and made waves with her band Leyya. For her latest project, the songwriter and producer gathered people around her that she always wanted to work and play with. The group now features Mira Lu Kovacs (5K HD), Kathrin Kolleritsch (Kerosin95) and Nastasja Ronck – all of them well-known figures in their respective scenes.

Their first show in May 2019 was sold out within 20 hours – whilst no one had even heard a single note of their songs. After the release of the singalong rock song “Never Be Yours“, the excitement was even higher. After a summer full of festival dates, My Ugly Clementine followed up with almost three minutes of musical sunshine and a clear message self-confidence: “I am the way I am – accept the good, the bad, the ugly.”

International shows and performances at Reeperbahn Festival and Eurosonic Noorderslag followed soon. The band’s debut album “Vitamin C” was finally released in March 2020 and the band received an Amadeus Austrian Music Award later that year. With a nomination for the MMETA 2021 as well as for IMPALA’s European Album of the Year, and a feature on NPR’s World Cafe (broadcast date: summer 2022), the future is looking very bright for My Ugly Clementine!

ANGER is Julian Angerer and Nora Pider, both originally from Brixen, South Tyrol. The dream pop duo moved to Vienna and brought a beautifully melancholic mood with them, accented by a soft Italian flair. ANGER describe their story in just a few, but strong words: “Emo-Boy meets cool skater girl. They don’t like each other, of course. Eventually they become friends, then a couple. And then a band.”

And so ANGER’s first EP – aptly entitled “Liebe&Wut” (Love&Anger) – was released in September 2018, followed by the singles “(Find) Someone”, “Love” and “Baby/Sie Schreit”. A couple of renowned festival shows, including Maifeld Derby (GER), Frequency Festival (AT), Sonar Festival, Reeperbahn Festival (DE), and Eurosonic Noorderslag (NL), Ment Ljubljana (SL), The Great Escape (UK) and Waves Vienna (AT) are already in their pockets. After Anger’s single “Baby” went on to become #1 on the FM4 Radio Charts, the band released its debut album “Heart / Break” in September 2019 on Phat Penguin Records.

The showcases, in figures

Statement from the festival: “Primavera Pro’s commitment to show the greatest possible diversity on stage has always been a fundamental basis when thinking about the programme. At the microphone and on the instruments, this year we will have a total of 11 singers and bands formed exclusively by women (39,29% of the total). In addition, we have two queer bands and five mixed gender bands. This means that 19 of the 28 bands, 67,86% of the total, are made up of women and/or people who are part of the LGTBI collective. Because we are not here to create quotas or equalities, we are here to represent reality.”

This event is proudly supported by the Austrian Cultural Forum Madrid.