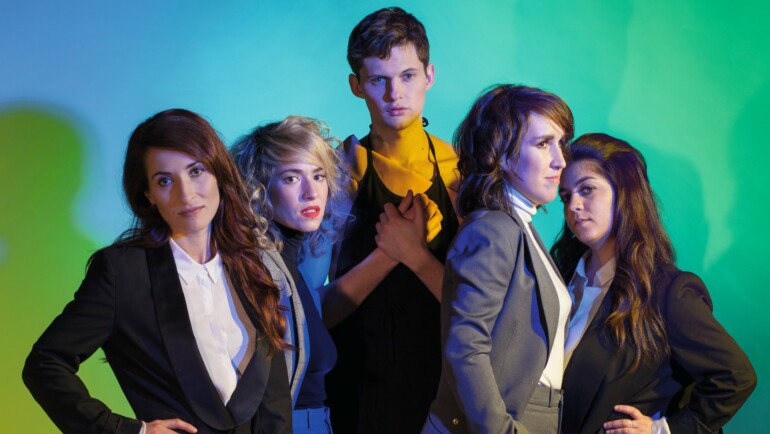 In January 2019, the Austrian world music scene will be showcasing its musical qualities on the international stage at the Internationale Kulturbörse Freiburg. The Kulturbörse is an international trade fair for stage productions, music and events, and is one of Europe’s oldest festivals, presenting around 200 live performances over three days. The aim of the fair is to inform the 4,000 to 5,000 trade visitors about new trends and developments in the music and event industry. Meet Austrian companies like CultureWorks, TriArt and Hoanzl and enjoy a couple of Austrian shows: ALMA, FAINSCHMITZ, KLAKRADL and MAMADOU DIABATE will perform in Freiburg.

Showcase: Jan 21, 14:30 – 14:50, Music Hall
(Folk, Classical Music, Pop, World Music)
Since their beginnings in 2011, the popularity of the band ALMA as performers of contemporary folk music has grown – far beyond the Alpine regions. In 2015 they were runners-up at the Austrian World Music Awards and in 2017 they were winners of RUTH, the German Weltmusik Special Award. Nominated for the FREIBURGER LEITER, awarded by the Internationale Kulturbörse Freiburg.

Showcase: Jan 23, 17:00 – 17:20, Music Hall
(Jazz, Pop, Salon Music, Swing, World Music)
With virtuosity and self-mocking wit, Fainschmitz are touring Europe and performing concerts in bars, clubs and theatres, at parties and festivals and on the street. Following over 100 concerts in two years all over Austria, Germany and Italy, their debut album was released in June 2018 on Three Saints Records (Herbert Pixner).

Showcase: Jan 22, 17:00 – 17:20, Music Hall
(World Music)
The humorous quartet klakradl – composed of the music duo [:klak:] and a cabaret duo, the RaDeschnig twin sisters – ranges through jazz, the traditional song of Kärnten or cites film music, encounters ducks, Catholics and Balkan/Kärnten brass bands. A versatile expedition through the music of this world, made in Kärnten – humorous, entertaining, a first-rate musical performance!

Showcase: Jan 22, 16:30 – 16:50, Music Hall
(World Music)
Mamadou Diabate & Percussion Mania is an explosive mixture of virtuoso Balafon playing and percussion from Burkina Faso. Together with Percussion Mania, Mamadou Diabate has won the Austrian World Music Award and the “Grand Prix des Triangle du Balafon” in Mali. In addition, he was the winner of the “Prix Alkaly Camara de la virtuosité”.