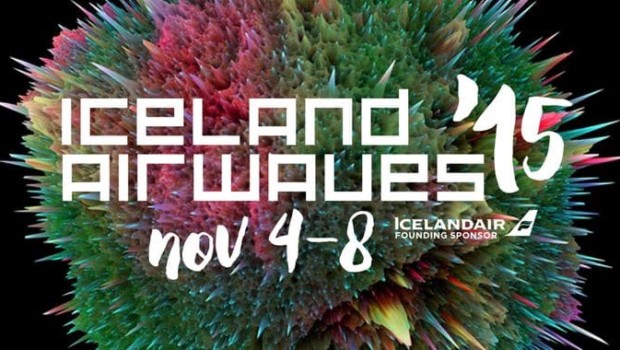 Iceland Airwaves is a popular music festival in Reykjavík, Iceland, that has emerged from a insiders’ tip to an acclaimed international event. The festival spans over five days (November 4 – 8, 2015) and mainly focuses on showcasing new bands, both Icelandic and international. For the performing bands the festival offers an excellent opportunity to possibly reach an international break-through, since there are many important representatives of the global music industry that travel to Reykjavík each year to discover new talents. Among the visitors are also jounalists of almost all major music magazines that report about the festival and feature their favorite performances. This year, in 2015, the two Austrian acts Chili & the Whalekillers and Manu Delago Handmade will showcase their talents at this unique festival in Iceland.
Link: icelandairwaves.is

Manu Delago’s big breakthrough came when he started collaborating with the Icelandic pop icon Björk and toured with her around the world. In the meantime the exceptional hang virtuoso Manu Delago has also been causing an international stir with his various other projects, including his current formation ‚Manu Delago Handmade‘. Together with Isa Kurz (piano, violin, vocals), Chris Norz (drums, percussion) and Christof Dienz (bassoon, synths), Manu Delago truly understands how to create sounds that reveal its true brilliance and blissful musical moments as the songs quietly unfold. www.manudelago.com

The musical style of Chili & the Whalekillers is hard to assign to a specific genre or style category. Yes, the music of Chili Tomasson (vocals, guitar), Hjörtur Hjörleifsson (vocals, bass, guitar), Árni Hjörleifsson (saxophone, vocals), Michael Szedenik (guitar, piano, vocals) and Divad Barx Bitschnau (drums, vocals) could be roughly defined as alternative pop, but such a generic definition doesn’t quite make the cut. Sometimes the music leans more to folk, then again to blues, and then again to something completely different. The gateway to musical expression and diversity is purposely held wide open. The past two years have been successful ones for the burgeoning formation, with numerous concerts bringing the band national and international attention, including a top-3 ranking in the Icelandic charts with their single „Turn„. The band founded in Salzburg is all set for the next big move on an international level and the signs for success look promising. www.chiliandthewhalekillers.com