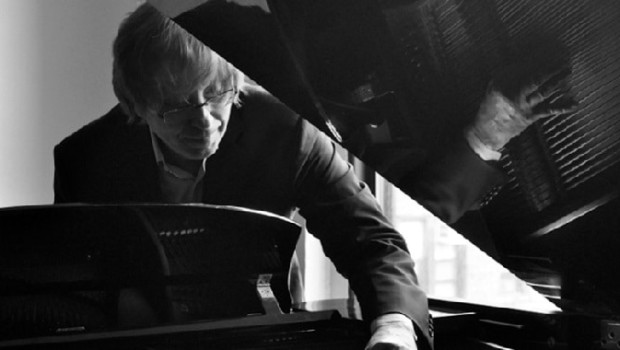 The Huddersfield Contemporary Music Festival (hcmf//) in Northern England was founded in 1978 and is one of the most important festivals for Contemporary Music in Europe. Last November, 39 concerts with 20 premieres were presented there. Again, several Austrian ensembles and composers will be represented there, including Georg Friedrich Haas, 2016’s composer in residence.
“A daringly innovative composer of rich imaginative power, a homo politicus aware of his responsibilities as a citizen, Georg Friedrich Haas is one of Europe’s leading composers.”, notes the festival program. There will also be works from the Erste Bank Composition Prize winners Eva Reiter and Reinhard Fuchs. hcmf// 2016 runs from Friday, November 18 – Sunday, November 27, 2016.

Two new key works by G. F. Haas receive their UK premieres at hcmf: The Hyena, a large work for Klangforum Wien, features narration by Mollena Williams-Haas based on her own experience of fighting alcoholism.
Haas’ String Quartet No 10 promises to build upon the exacting and exquisitely delicate microtonal soundscapes of his eighth quartet. Both works were world premiered at Wien Modern. hcmf// will also present a third UK premiere by Haas – his 2015 Octet for Eight Trombones – given by the Hannover Trombone Unit as part of its concert on Sunday, November 20.

Klangforum Wien will premiere works by Eva Reiter and Reinhard Fuchs. Reinhard Fuchs work Mania from 2016 will be performed for the first time in Great Britain, a work that references David Lynch’s Film „Blue Velvet“. As in the film, his music misleads the audience with variations of diverse symbols.

Eva Reiters work “Noch sind wir ein Wort…” takes the engagement with collective and individual identity to a rather unique constellation.  A soloist duet and a 10 member choir. Rainer Elstner will be reporting from Huddersfield on the 12th of December for Ö1 Zeitton.

hcmf// is an annual, international festival of contemporary and new music, taking place over 10 days and consisting of approximately 50 events – including concerts, music-theatre, dance, multi-media, talks and film – with a related Learning and Participation programme devised and implemented to reflect the artistic programme and respond to regional need.
Link: hcmf