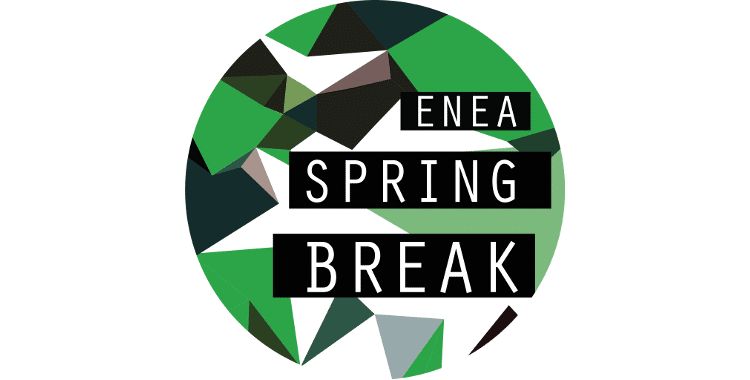 A pioneering event in the Polish music industry, the Enea Spring Break Festival will take place for the fifth time in 2018 in the heart of Poznan. At the festival, shows of young, aspiring groups are accompanied by workshops and panels for both the industry people and participants.

For the first time, an Austrian music industry delegation and a selection of up-and-coming bands will bring a taste of Austria to Poznan. Joining the line-up are Molly, NIHILS, Lea Santee, Mavi Phoenix and Aramboa.

April 20, 06:15pm, Venue: Barock
Molly, a duo from Innsbruck, Austria, sound like a band out of time – and ahead of it. Working towards their debut album, their current EP, “Glimpse” was released this winter on Dalliance Recordings. Their music dense, at times cinematic, the pair mine both the Thames Valley and post-rock scenes from the late-80s for inspiration, whilst also adding hints of the otherworldliness found in Scandinavian bands such as Dungen, Sigur Rós and The Radio Dept.
Link: Molly

April 20, 08pm, Venue: Scena Na Pietrze
Originally from the mountainous region of the Tyrolean Alps, the music of NIHILS could easily be accredited to a band springing from England or the USA. Although originally formed as a quartet, they have since settled in as a trio – Ramon Riezouw (vocals, piano), Florian Nothegger (guitar) und Thomas Lackner (drums). Their very own mix of timeless pop and modern electronic elements on their debut album “Perspectives” earned them millions of streams and brought them to festivals like SXSW and Eurosonic Noorderslag.
Link: NIHILS

April 20, 07:15pm, Venue: Barock
Songwriter and singer Lea Stöger and producer Manuel Hosp are building the duo Lea Santee – electro pop with R&B influences. In 2013 they both found each other and started creating songs together. After the success of their first single “Hopeless”, they refined their somber sound somewhere between future soul and deep house on their debut EP „Venice“.
Link: Lea Santee

April 20, 11:30pm, Venue: Tama
Mavi Phoenix is the woman current music pessimists are pinning their hopes on. Originally from Linz, she is now moving on the international stage. Her sound moves fluidly between rap, r’n’b and contemporary pop. “My Fault”, her first EP was released for free download in 2014, quickly followed by a tour with Bilderbuch. In 2017 Mavi Phoenix released her second EP “Young Prophet” and was nominated for the Austrian Amadeus Award.  “The Fader” describes her as a “Lo-Fi Pop Heroine” and ready for the big time.
Link: Mavi Phoenix

April 21, 11pm, Venue: Dubliner
Downbeat, Triphop, IDM, Neo-Soul, Bass Music, Dupstep, Jazz – that are all insufficient terms, if you want to describe the sound of Aramboa. The real essence of the musical style the Austrian producer Moritz Scharf and voalist Elena Shirin want to create is the fusion of these characteristic elements. Energetic and complex beats build the foundation for hypnotic and expressiv harmonies of analogic and synthetic instruments, wich circulate around the subtile but still powerfull performance of the vocal tracks. In spite of sounding more electronic on the first studio-album, Aramboa`s Live-Performance is substantially driven by Keyboard, Guitar, Trumpet and the acoustic colours of live-bassoon.
Link: Aramboa (Facebook)

At Enea Spring Break shows of young, aspiring groups are accompanied by workshops and panels for both the music industry people and participants. The goal of the event is to present young Polish and international bands to influential people from the music industry as well as to give those bands an opportunity to perform for an audience craving for new music. The presence of delegates from the biggest Polish record labels, festivals, streaming services, cultural institutions and bands’ managers makes it the best place to launch a career. Many bands that played at Spring Break ended up playing bigger Polish festivals such as Open’er, OFF or Jarocin during the summer.
Enea Spring Break 2018 will take place between 19th and 21st of April in Poznan. The festival is also part of INES, a new network of European showcase festivals co-funded by the Creative Europe Programme of the European Union.