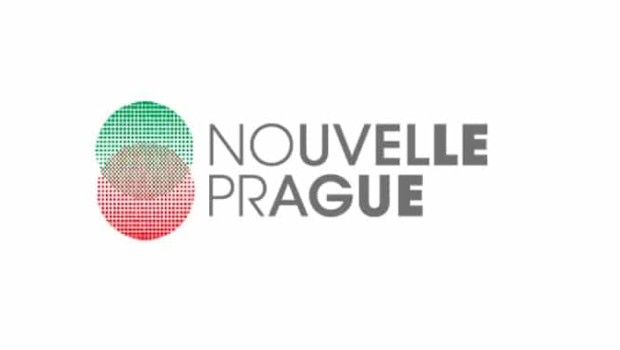 In November 2017, Austrian Music Export will be continuing a series of Austrian networking and showcase events in the Czech Republic (Nouvelle Prague) and Italy (Linecheck Festival/Milan Music Week), this year´s focus countries. Both festivals will feature a networking and showcase event with Austrian bands, matchmaking sessions, and a relaxed Meet & Greet with international music industry representatives, media and artists. Extended Czech and Italian delegations, dedicated panels and country receptions are also a major part of Waves Vienna 2017. If you are interested in taking part in the events, please get in touch at office(at)musicexport.at.

Nouvelle Prague is the first-ever showcasing festival in the Czech Republic, held in the heart of Prague. The line-up includes regional artists like Ghost Of You (CZ), Tolstoys (SK), Hanba (PL) and MIUS (HU) as well as internatinal ones. This year the focus is on creating a regional culture/business meeting point, and facilitating interaction between the international participants. Topcis include new sources of income, the importance of regional markets, the social and moral responsibilities and opportunities of major events as well as the future of record labels in an ever changing music landscape. Among the first announced speakers are Fruzsina Szép (Lollapalooza Berlin), Ruud Berends (Eurosonic Noorderslag), Christof Huber (St Gallen Open Air, Yourope), Marcin Bakiewicz (ANTY Radio Poland), Tomek Waśko (Go Ahead) and many more. Panels and Sessions 2017 can be found here:

Friday, 3/11 – Club Famu, 0:30 – 1:10
Monophobe is an aspiring and highly talented musician, beatmaker and producer from Austria. The genres he is operating in are quite diverse, from Electronica to delicate Future R’n’B and crispy Bass Music. His debut EP “Throwback” was released in December 2015 via Shash Records, followed by “Double Tap” on the Slovakian label Gergaz and “Tape Me” with fellow producer FVLCRVM on Modeltraxx Records. Monophobe has also made several official remixes for acts like Abby Lee Tee, Hearts Hearts, Mynth or Leyya and has collaborated with the likes of Jimmy Pé, FVLCRVM, Sixtus Preiss, Karma Art, Left Boy or 5KHD. His tracks are played & supported by artists like Machinedrum, LeFtO, Chief, Laurent Garnier, Jimmy Pé, The Clonious or Shadow Child and can be found on numerous compilations.

Friday, 3/11 – Futurum Music Bar, 18:15 – 18:45
Not many bands manage to hit the international stage from the very beginning. But Cari Cari – aptly named the “lovechild of The XX and The Kills“ – have done it their way: first taking on the world and then Austria. Their single “White Line Fever” was licensed for the series “Shameless”, they have done a no-budget tour of Australia (a documentary is in the works) and their songs have been praised in blogs and online magazines. The band also recently won the first ever XA Export Award at Waves Vienna Festival.

Friday, 3/11 – Futurum Music Bar, 20:30-21:00
Ant Antic released their debut EP Blood Sugar in May 2015 and got their live set as a three-piece down pat, playing club shows and festival stages. After hitting the studio, their debut album Wealth was released in June 2017 via Seayou Records. It wraps melancholy in urgent songs full of hope and cruises among ambient, electronic and contemporary R&B sounds, that take along some simple distorted licks, hip-hop beats and an impulsive bass line. The video to their first single Juggernaut is cold and ace: a digitally anonymized dancer, moves to their sound in an Upper Austrian tobacco factory. Read our interview with Tobias Koett and Marco Kleebauer for more on Wealth, pop and the Zeitgeist.