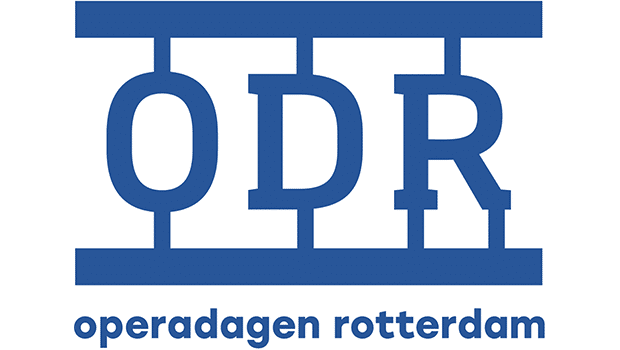 Austrian Music Export, in cooperation with Musiktheatertage Wien, has set itself the task of promoting works within the field of musical theatre to the outside world and has found an important comrade-in-arms in the form of the Operadagen Rotterdam. The works presented at the Austrian Focus at Operadagen Rotterdam 2019 were selected by a jury consisting of Guy Coolen (Operadagen Rotterdam), Carola Bauckholt (Anton Bruckner Private University), Iris ter Schiphorst (University of Music and Performing Arts Vienna) and Georg Steker (Musiktheatertage Wien). It was particularly important to ensure that music was an inherent part of the work and was composed by an Austrian composer or a composer living in Austria. Also included were works with a high proportion of improvisation. The result is an extremely diverse collection of works in a wide range of styles, utilizing a variety of approaches, techniques and combinations of traditional instrumentation, and aiming to appeal to a range of age groups.

Join us at the Austrian Heartbeats Reception on May 21 and get to know the Austrian music theatre makers and composers.
Venue: 3:45 pm @ KRITERION

There is no stage.
Nothing – except a large glass box.
People dance in an open space. Techno music resonates in the background.
Is it a nightclub?

Be My Superstar is an interactive opera for young audience (14+) by Alexandra Lacroix and Simon Vosecek, based on the theatre piece “H.S. tragédies ordinaires” by French playwright Yann Verburgh, a poignant text about bullying. Something that every young person – sooner or later, from far or near – experiences.
By transforming everyday bullying into words, images and music, Lacroix and Vosecek confront us with the banality of the violence we are all capable of. Where is the violence born? And where does it land? The offender can easily become a victim and vice versa. Get ready for this powerful, vibrating, physical experience.

CRIME:USA, an experimental documentary Musiktheater piece currently in development, highlights the deep structural failings in the American justice system. Alix Lambert, American director and writer, interviewed people affected by the justice system – a bank robber, an ex-convict, a gang member, an FBI agent, a suburban couple who were robbed – and created a stage play of layered monologues. Caitlin Smith, Austro-Canadian composer, treats the spoken word as musical texture, weaving the monologues seamlessly into overlapping gestures of instrumental music; sung text; movement; and pre-recorded, spoken versions of the same text. This technique preserves the pacing and cadences of American dialects while situating them in an abstract soundscape–creating a powerful social commentary.

A girl pricks her finger on the spindle and is gone. Gone are the many voices, the rules and the possibilities. Gone are the warnings and the temptations, the constant questions about sex and the dangers of fertility. For a hundred years, the girl turns and twists herself into a world between life and death. We accompany her into the virtual worlds of sound and vision and navigate our way through unreal landscapes. An immersive true-to-life room on stage takes us into the tiniest nooks and crannies of a rich world, one where all sorts of birds and insects live – but no mammals or humans. Coming into this virtual world, and emanating from it, too – are the sounds of harp, harpsichord and flutes, as well as the voices of the two storytellers.

Namphaise is a concert installation for chamber ensemble, video and light. The narrative thread is given by the myth of Namphaise, a scarcely known medieval saint, who seeks liberation from earthly contamination but is again and again confronted with the dark, animal sides of human existence, even beyond his death. Improvisations by Schallfeld Ensemble lead to a new work by the Greek composer Zesses Seglias, anticipating its thematic elements and letting the storyline shine through. While the storyline remains only faintly intelligible, the harsh and sometimes grotesque images of Namphaise’s adventures inspire an abstract performance.

OPERA of ENTROPY. On the trail of the H-theorem

This is a post-dramatic media-music-performance that negotiates our present crises facing the world – a scenario of decomposition, energy devaluation, and disintegration, told through the narration of real people.
Artists, academics, and experts negotiate and researching the social physics of dissolution. This ‘interactive opera’ has emerged from a transdisciplinary experimental process, developed in collaborative labs. In the resulting performance, recent research and theory intersect with new performance strategies and sound concepts. The active presence and involvement of the audience, creates a communicative and musical resonance space. Live talks, voice, sounds, and performance combine with soundbites, media shots, images and 3D-animation to create a new form of opera that embodies a hundred-minute piece of our present.

[OST] (Original Soundtrack) is part of the “Flat Time Trilogy”, a series of three pieces for solo player (performer, saxophonist and percussionist) with VR Glasses and video. From different perspectives, they constitute an immersion in a network-like understanding of time and space. The individual and his present coordinates (temporality, geolocation, identity) are the main features. Progressively, and through the construction of massive connections, simultaneities and references, memory is neutralized and converted into a pure object.
The piece stages an individual who is characterized by nudity, embodying the impacts of a continuously reacting environment. Practically at the same moment the words are articulated, they seem to be deprived of any validity; they lose their capacity to create effective conceptual frames. The liquid property of the entirety converts frame seeking into a chimera, a consequence of a process in which the individual progressively empties himself.

Planet Globokar. An evening of music for very brave families

Planet Globokar is one big musical laboratory: everything gets switched around, taken apart, and tried inside out and backwards. But why? Trombones get attached to garden hoses, clarinets are played under water, and the entire orchestra rotates wildly. This topsy-turvy approach is as fun to play as it is to listen to – but it also reminds us to turn everything upside down once a day, so that we can see things from the right perspective again.
Slovenian-French composer Vinko Globokar approaches augmented traditional musical instruments with a sly joy and childlike enthusiasm. Referring to the composition of Vinko Globokar, improvisation plays an important role in Planet Globokar. Which means that the musicians of the ensemble Studio Dan are perfectly suited to perform his works.

The birth of capitalism from the spirit of obsession with redemption: Elfriede Jelinek recreates the events in Richard Wagner’s monumental Ring-cycle, extending them into our present day.
Right from the outset, a collective process take centre stage, tying in the vital possibilities of music, theatre and architecture, whose parameters are dealt with separately but not independently of one another. Jelinek’s lavish piling of motley layers of dependencies, contradictions and entanglements is set off against a fleeting spatial construct that threatens to collapse at any moment; a continuum of musical, linguistic and scenic operations that at once overlap and cancel each other out. A theatrical installation.

Austrian Heartbeats at Operadagen Rotterdam 2019 is supported by the Austrian Embassy The Hague.