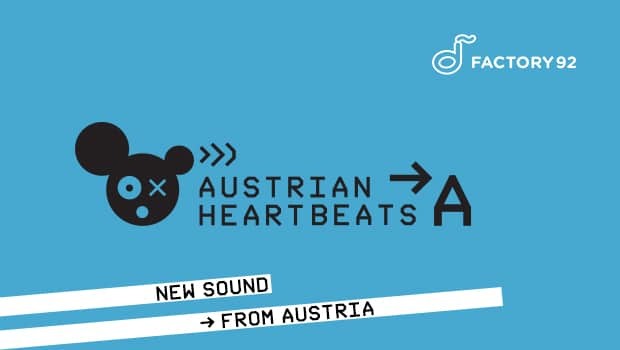 Spring is traditionally a great time to find out what’s going on in the music world. This is usually due to showcase festivals such as SXSW in Austin, c/o pop Festival in Cologne or The Great Escape in Brighton, where the music export offices of many countries support their most exciting new acts to showcase for an international audience.
Often you then find yourself at said festivals, for example watching an anti-folk revenant like Alicia Edelweiss, a young, dazzling pop star in the making called Lou Asril, a riotous yet wickedly funny noise squad called Bulbul or an indie band with a fantastic singer like Hikee Bikini – only to find out: Hey, they’re from the neighborhood!
And that is from Austria, which even in times when a right-wing government was in power has always had a colorful, wild, diverse, queer and, above all, rousing music scene. Since for known reasons the events mentioned above cannot take place this year and all these acts will be deprived of an important opportunity to present themselves to the industry and future fans, we will compile a number of anthologies together with our partners at Factory 92 for you today and in the near future. In this first collection you will find a colorful mix – a vibrant cross section of traditional goods from the established Austrian labels and lots of new hot shit.

1. Anger – „Wo ist Die Liebe?” (Phat Penguin)
“We are political again. We are loud. We scream. And we dance.”– that’s what Anger are about. With their single “Baby”, Nora & Julian landed their first #1 on the FM4 radio charts back in June 2019, followed by shows at the Maifeld Derby, Sonar Festival in Barcelona, ​​FM4 Frequency Festival and Reeperbahn Festival. After the release of their debut album “HEART / BREAK”, they went on to win the XA 2019 at Waves Vienna Festival 2019 and the FM4 Award at the Amadeus Austrian Music Awards 2020.

2. Sofie – „Asleep” (Stones Throw)
Surrounded by classical music from a young age, Sofie started learning the violin at four years old. In her teens she won a place to study at the prestigious Vienna Conservatoire, decided to leave the course early to live between Los Angeles, New York and London. She became an integral member of the growing Boiler Room team, an NTS Radio resident DJ, and worked at Stones Throw for four years. After moving back to Vienna, she began to write her own songs. “In Vienna, I was suddenly so secluded, no longer surrounded by the musical world I was so embedded in, that it forged the way for my creativity,” she says. “I’m not sure this would have happened had I stayed in LA, I don’t know if I’d have had the courage, or not felt like it was superfluous.” Sofie´s debut “Cult Survivor” is scheduled for release in June.

3. Lou Asril – „Safe And Complete” (ink Music)
Soul & RnB whizkid Lou Asril might still be a teenager. But after starting a classic piano education at 11, he formed a band at 15, won the Joe Zawinul Award at 17 and went on to perform at the Amadeus Austrian Music Awards 2019 and the Popfest in Vienna. Taken from his mini-LP “louasril” (ink Music, released on March 13th), which was released exclusively on vinyl and digital, here is the track “Safe And Complete”. In 2020, Lou Asril was nominated twice for the Amadeus Awards (FM4 Award and Alternative Award). His songs deal with images of masculinity, emotional chaos and sexual desire.

4. Ant Antic – „Good News” (Whoop / Matches Music)
You are what you consume – with his new single “Good News”, Austrian artist Ant Antic is once again devoting himself to the emotional power of information and the media. The never-ending flood of news is one of the central themes of his upcoming second album “Good Vids, Vile Times”. As a child of the first globally networked generation, he observes how geographic borders are becoming increasingly blurred and people feel closer, more connected – overwhelmed by endless possibilities, but at the same time becoming superficial nihilists. Again and again the chorus revolves around two opposite poles like a mantra: a bombardment – of good news.

5. Drahthaus – „Skin” (monkey.)
Drahthaus creates buildings out of sounds. The playful, at the same time intuitive as well as sophisticated musical architecture of the Viennese band merges labyrinthine constructions, geometric subjects and flowing forms into an audio-visual structure: an extraordinarily broad spectrum of musical influences is united under one roof. The building material form traditional and innovative sound generators that interact in a productive symbiosis both in the studio and live on stage. Their self titled debut album was released in April 2020.

6. Alicia Edelweiss – „Leonie” (Medienmanufaktur Wien)
Alicia Edelweiss is an Austro-British artist and lives in Vienna. Her musical history began at 19 when she traveled across Europe for two years. In the search for freedom without money, she soon discovered her passion and talent for performing on the street. In Portugal she recorded her first EP “I should have been overproduced”. Back in Vienna, she became a member of the band Old Trees and accompanied Voodoo Jürgens. Her first studio album “When I’m enlightened, everything will be better” followed in 2019, and her subsequent tour culminated in a performance at the Hamburg Elbphilharmonie. Alicia searches for magical moments around the world and then pours them into her own magical works so that everyone else feels the same enthusiasm and touch as she did when she was inspired.

7. Bulbul – „Motta” (Siluh Records)
The Viennese band Bulbul, which has been active for over 20 years, has achieved cult status across Europe thanks to its unconventional sound and impressive live shows. For their eighth album, the trio has teamed up with producer Zebo Adam (Bilderbuch). Together they embark on an exciting sound journey on “Kodak Dream” and open a new chapter in their extraordinary and enigmatic band history. The ten new tracks bring the band´s vision of an anarchic hybrid rock, accustomed by their usual wit, to the fore.

8. Laurie – „Everything Must Go” (Polkov Records)
After the end of the renowned Austrian indie band Polkov, band leader Laurenz Jandl decided to continue as a solo project. As Laurie, he has just released his debut album “Scientist of Man”, which offers wistful and nostalgic tracks as well as elegant ballads reminiscent of Coldplay, REM or Dinosaur Jr.

9. At Pavillon – „Move On” (Las Vegas Records)
The romantic rebels At Pavillon are at it again: The four members of the band have Austrian, German, Iranian and Tanzanian roots, which adds a lot to the songs of their debut album “Believe Us” – a kind of concept album on the subject of self-empowerment. The band deals with major issues such as immigration, flight, xenophobia but also with gender equality and overcoming narrow-mindedness. Despite its serious topics, “Believe Us” is fun, glamorous, colorful, exciting – and entertaining. “Move On” is the band´s newest stand alone single release.

10. Good Wilson – „Till We Meet Again” (Assim Records)
Good Wilson’s new single ‘Till We Meet Again’ (March 6) bids farewell to a difficult phase of life, marked by personal tragedies and problems. The relief of bringing closure to a tough past boosts a positive mindset: “Memories stay forever and getting rid of negative thoughts is by no means easy. We highly recommend a daily dose of sky-gazing and daydreaming in order to overcome challenges of any kind.” The band´s debut album ‘Good Wilson’ (out via Assim Records) is a dreamy walk in the first sun rays of spring. The band’s self-invented genre ‘sky gaze’ – dream pop for starring at the sky and letting the mind drift off – describes Good Wilson’s vibe perfectly.

11. New Wellness – „Coco Baptiste” (Wohnzimmer Records)
New Wellness aka Silvio Lenglachner from Upper Austria tells his story in 10 songs, which he wrote in two years, recorded on his laptop – a story that deals with his way back to music. The autodidact played in various bands such as We Walk Walls, when a certain surfeit set in. Soon, however, the constantly collected text fragments – quotes from films, snippets of conversations, observations and impressions – took shape as song lyrics again. This is how his solo project New Wellness and his debut “Lexicon Of Untold Stories” came about.

12. Hikee Bikini – „Wiener Dog” (Töchtersöhne Records)
Hikee Bikini could be anything between Frank Zappa and Britney Spears. The five band members have always played music – legend says the band was found in Sri Lanka, but that’s a different story. Their debut EP “Stutti Bonboni” and the 3rd single “Wiener Dog” show the band´s love for irony and sausage dogs. Hikee Bikini is fabulous, exceptionaly delightful, and surprisingly fly. Pop avant-garde might work as a category for the band, but it is not enough: “We are more fun than most music listeners might expect when they hear the term avant-garde.”

13. Pauls Jets – „Der Teufel” (Lotterlabel)
„Highlights zum Einschlafen” (“Highlights to fall asleep to”) is the second album by Pauls Jets and it is an amazingly contemporary album. The single “Der Teufel” (“The Devil”) is about powerlessness, resignation, badness and simplicity, the baffled return to nature. All of this is embedded in well-designed hooks and catchy tunes: this is pop of the best kind. „Highlights zum Einschlafen” will be out on May 29th.