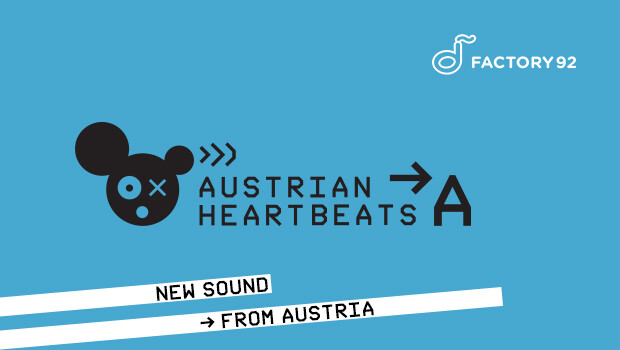 Somehow you’re having a kind of parallel universe in your head this summer. You take your distanced Sunday walk through the park, listen to music on headphones and then suddenly think: “Oh, ACTUALLY I would be in the city X at the festival Y today and would hear exactly this song live”.

It’s the same in July: ACTUALLY you would already be looking forward to the last weekend of July when the “Popfest” would take place in Vienna around Karlsplatz. You would look at this beautiful church, at the lake stage in front of it and be amazed how colorful, varied, aggressive, melancholic and snotty Austrian music can sound. Because this is exactly what is presented there – free for all.

But we don’t want to grumble, as the Austrians say, and have instead compiled another song collection for you. You’ll then have to make up Karlsplatz in your mind or have it displayed on Google Maps. In any case, here you’ll find fresh Vienna-Indie stuff from the DIVES ladies, strong German pop from Pippa, a punky-kicking grunge update from BAITS and the great Voodoo Jürgens whose last album “‘’s klane Glückspiel” transformed itself into heaps of luck & happiness.

With “Nix zu spürn” Felix Kramer is letting us peek into his new album to be released in September. The songwriter originally comes from the Viennese district of Ottakring, known for its breweries and wine taverns. He plays on the dark strings of life and sings heartbreaking songs of heartache and loneliness. His debut album “Wahrnehmungssache” is heavy-hearted despite the sparse instrumentation and brought him top places in the Top-20 album charts in Austria.

The second Voodoo Jürgens album “`s klane Glücksspiel”, released in June, is a total success: loved by the critics, currently nominated for the Amadeus Award in the album category, for many weeks in the upper regions of the charts. Voodoo Jürgens is considered to be the next big hope for Austropop. And this is surely also due to his lyrics. Because the music is of a very reserved nature: A little guitar as background, now and then a hurdy-gurdy and a few drums to complete the sound. He plays folk, rather anti-folk, and in his performances he almost reminds one of a young Bob Dylan. It’s the little details that make Voodoo Jürgens so likeable. That and the feeling that you know exactly what he’s talking about in his songs.

In her new single “Tagada” Pippa deals with the way modern people communicate through speech –or more precisely: with one of its bad habits. The brilliance of the title consists on one side of a driving, electronic arrangement, for which Hans Wagner from Neuschnee is largely responsible. On the other side, it shows that Pippa succeeds in underlining its emptiness of content by a seemingly random stringing together of these literally bland and meaningless phrases. The single is another forerunner of her second album “Idiotenparadies” to be released in August.

In November 2019 the Viennese Indie-Surf-Trio Dives presented their long awaited debut album “Teenage Years Are Over”. Now a brand-new single “100 Times” follows – a fresh, energetic power surf pop song in which the mind surrenders to its own craziness with relish. They dance to the madness without further ado in their music video, that once again comes from the intellectual forge of American video producer Kevin Pham. After his video works for “Waiting” and “Chico”, he now completes the Dives-Pham trilogy with an effect-loaded 90ies-dream-firecracker.

Baits are sitting in between all & any chairs of catchy rock music: sometimes sunny grunge dominates, sometimes eerie psychedelic sounds, now and then Motown, Beach Boys Vibes or straight-ahead Punk – in the middle there’s always a pop song and a story. So far two completely self-produced EPs have been released, which made Baits more widely known over the last two years through passionate and excessive concerts all over Europe. They are currently working on their debut album to be released in early 2021. Heavy, energetic drums, a dynamic, rough voice, quirky yet solid bass riffs and fast guitar solos make this fuzz-pop indie gang a must have.

Producer, songwriter and artist Veronika J. Koenig – known under her stage name Farce – remains unimpressed by genre limitations and finds her niche in everything that is heavy on the bass and intense on emotions. Besides her solo work, she’s working with Fauna and Wolfgang Moestl of Mile Me Deaf, among others. About two years after her first EP, she released her debut album “Heavy Listening” in 2018. With the brand-new single “Subway Surfer” she’s giving us insights into her new EP “Trauma Bounce”.

He sounds as if Casper had been given the vocal range of Justin Timberlake and been equipped with the guitar skills of Andy McKee. Onk Lou comes from a small town called Ollersdorf in Lower Austria and has been touring all over Europe as a street musician over the last years. He has played at songwriter festivals in Denmark as well as Russian discos in Moscow, apartment parties in Berlin or on the street in Italy. Laughter is an all-purpose recipe for Onk Lou, he likes to fool around and doesn’t take anything too seriously. Always has a saying on his lips, always a laugh ahead. This is also the sound of his album, to be released at the beginning of 2021.

With a musical style reminiscent of the love songs of the early noughties and groove-driven contemporary pop and rock, Joe Traxler is a native Austrian talent. Through comparisons with artists such as Matt Corby, John Mayer and James Bay, Joe’s musical maturity and forward-thinking, independent approach has earned him performances in New York, London and Austria, 1 million streams on Spotify and numerous television appearances. His debut album will be released later this year.

Sakura grew up in Hong Kong, spent a long time in London and is now at home in Vienna – her music is designed to captivate her colorful stories lyrically and emotionally through her own style. She’s cultivating an unorthodox, innovative and DIY approach to music that is suitable for all aspects of life as a musician. “White Noise” is her new single and leaves us hoping for a debut album.