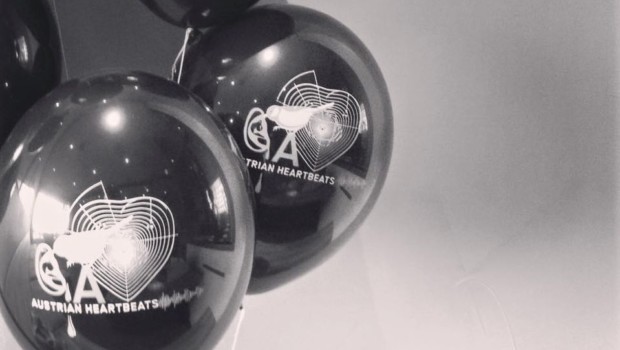 In the ninth year of Austrian Music Export’s existence, once again we were happy to celebrate numerous international successes of Austrian artists. The long-standing efforts which created a greater visibility of domestic music creation and a greater professionalism in the industry regarding the internationalization of projects, had a lasting effect in all genres. With some highlights we are taking a look backwards on a successful Austrian music year.

Once again, the Eurosonic Noorderslag Festival where nine Austrian acts were represented, started the year for Austrian Music Export. At the presentation of the “Music Moves Europe Talent Awards 2019” at the beginning of the year, AVEC and STELARTRONIC, two Austrian acts, received an award each in one of the eight categories of the new European Music Award. The artist MAVI PHOENIX, on the other hand, is currently number 4 in the European ETEP charts with eight booked festival shows. These charts measure the subsequent festival bookings of over 300 artists who performed at the Eurosonic Noorderslag Festival.

At the Reeperbahn Festival in Hamburg more Austrian artists than ever were booked for a total of 17 groups. The “Austrian Heartbeats” showcase evening which took place there, was also well attended for the 80+ Austrian companies with over 300 international delegates. During the preceding 10th Popfest Wien journalists from Germany had already been invited to create portraits of the Austrian music scene.

This year’s focus on the countries Hungary and Sweden brought Austrian Music Export to BUSH – Budapest Showcase Hub and Viva Sounds Festival in Göteborg and made it possible to get to know the respective music industries. Numerous other festivals offered a stage for domestic artists and Austrian receptions during the course of the year. Austrian artists performed for an international audience at MENT Ljubljana (February 2019), Sharpe Festival (Bratislava, April 2019), c/o Pop (Cologne, April 2019), Great Escape Festival (Brighton, May 2019), Primavera Sound Festival (Barcelona, June 2019) and Monkey Week (Seville, November 2019). In cooperation with European projects such as INES and Europavox, further performances have also been made possible.

This year, Austrian Music Export and the Federal Chancellery were able to offer aspiring domestic artists a stepping stone onto the international market for the fifth time with the international funding program “Focus Acts”. The tour support was given to: 5K HD, CHRISTOPH PEPE AUER, CARI CARI, DIVES, PETROL GIRLS, SINFONIA DE CARNAVAL and YUKNO.

The showcase funding program offered in cooperation with FAMA/WKO also facilitated international performances in Germany, England, Holland, Sweden and the USA in 2019.

With the project NASOM – The New Austrian Sound Of Music 2020/2021, the Federal Ministry for Europe, Integration and Foreign Affairs (BMEIA) offered another funding program to musicians under 35 years of age. For the 7th edition of the program, 25 ensembles and/or musicians were selected in the categories Jazz, Classical Music, New Music/Contemporary Music, Pop/Rock and World Music. The funding program was presented to the public for the first time on September 24 at Porgy & Bess in Vienna. Five of the selected ensembles performed and made the presentation of NASOM 2020/21 a concert evening that will be remembered by all participants.

In 2019, the first pilot project “Young Talents” for the promotion of young talent and networking in the music industry was carried out. The program included a mentoring program to impart knowledge about the music industry and individual strategies for development for the participants, a workshop/seminar day on international music markets and a visit to an international conference with individual support (2019: c/o Pop Cologne, May). Encouraged by extremely positive feedback from participants and the industry in general, the project will be continued and expanded.

On a European level, international perspectives are increasingly opening up: The “European Music Export Conference” took place in Brussels in October 2019. First results of a study were presented regarding a European strategy for music export, commissioned by the European Commission and in which Austrian Music Export is strongly involved as partner of the French Bureau Export and as member of the network of European music export offices EMEE.

At the end of September the ninth edition of Waves Vienna took place in Vienna’s WUK, gathering domestic and international experts from the music industry. The conference organised by Austrian Music Export featured panels on Asian music markets, how to deal with the content of controversial performers, women in live music production, the agent of change principle with regard to the Viennese club scene and much more. In addition, presentations and workshops were held on topics such as artificial intelligence and innovative music-tech services. “Speedmeeting Sessions” made it possible to meet international festival operators, music journalists and the most important industry representatives. At the “Listening Sessions” bands were able to get direct feedback about their productions. The “Austrian Heartbeats Delegates Tour” went from the Hungarian Cultural Institute to a Swedish reception, a presentation by the SAE Institute and to the radio FM4. The final highlight of the festival was the presentation of the “XA – Music Export Award”. A jury evaluated the performances of the nominated Austrian acts and selected the promising band ANGER as the winner.

For 40 years now, the Saalfelden Jazz Festival has been a constant in contemporary jazz and an important cooperation partner for Austrian Music Export. In 2019 14 European festivals were invited. On the occasion of the anniversary, 15 Austrian bands were presented live. The 40th Saalfelden Jazz Festival was opened by MANU MAYR & SUSANNA GARTMAYER.

The Kick Jazz Festival organized by Austrian Music Export took place in cooperation with Porgy & Bess for the fourth time in December 2019. The two-day event is the final highlight of the festival season. In 2019, 27 festival promoter from all over Europe were invited to experience the up-and-coming domestic jazz and world music scene on the stage of the renowned jazz club. Invitations to the Saalfelden Jazz Festival and Kick Jazz Festival have established themselves internationally and are perceived by festival bookers as a benchmark with an efficient format within the international modes of presentation. Many subsequent performances would probably not have taken place without the active invitations from Austrian Music Export. Vienna’s outstanding jazz club Porgy & Bess is also a constant and important partner here.

In 2019, Austrian Music Export also showed a clear sign of life in New Music and Contemporary Music – in May, the domestic scene of music theatre groups as well as eight works (in the form of short presentations) were presented as part of an Austrian focus at the Operadagen Rotterdam. Oscar Escudero and Belenish Moreno-Gil were able to present their work “[OST] (Original Soundtrack)” there as well. The day before, the Austrian Embassy in Den Haag organized a concert evening, an artist talk with the composer Elisabeth Schimana and members of the ensemble AIRBORNE EXTENDED.

Following on from the Austrian focus, the Austrian Music Theatre Day in cooperation with the Musiktheatertage Wien in September offered the opportunity for national and international networking. The topic of co-production generated intense networking in various formats and discussions within the framework of an international panel – so that new cooperations may emerge thereof.

As always, the year for Austrian Music Export begins in January at the Dutch Eurosonic Festival – this time with performances by six domestic artists: 5K HD, ANGER, DIVES, FRIEDBERG, MY UGLY CLEMENTINE and CONCHITA WURST. The European music award “Music Moves Europe Talent Award” will also be awarded during the festival. As Austrian artists, 5K HD are among the sixteen nominees from all over Europe.