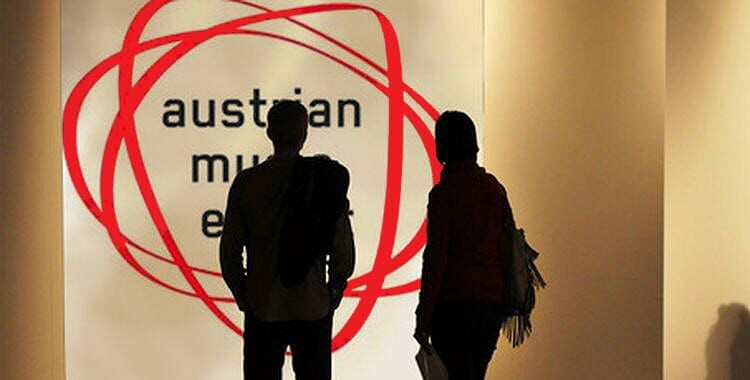 The year is slowly coming to an end and gives us time to take a look back at 2015. It was a year filled with many fruitful cooperations and fantastic events. We want to thank our partners and musicians for shaping 2015 together with us and making it a year to remember. We look forward to an exciting 2016 – thank you all for your support!

January 2015 started off with five Austrian acts performing at Europe’s most important showcase festival, the Eurosonic Noorderslag in the Netherlands. This time the lucky candidates selected for this opportunity were Bilderbuch, Bulbul, Gods, Moonlight Breakfast and Ogris Debris. In addition to Austria’s performing artists, Klangkarussell were announced as a winner of the prestigious European Border Breakers Awards (EBBA) 2015.
Read more: http://bit.ly/1m3ajTI 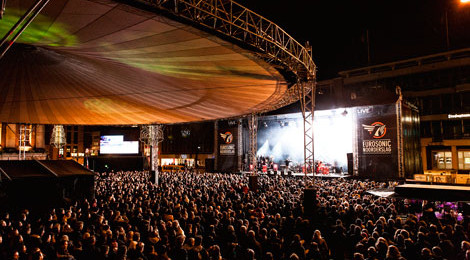 ADVANTAGE AUSTRIA, the Austrian foreign trade organization of the Austrian Economic Chambers, commissioned Comrades GmbH with the execution of a joint booth at the trade show SXSW 2015 in Austin, Texas, from March 13 – 22, 2015. Entrepreneurs from Austria were invited to be a part of the Austrian booth and benefit from the services to market their product or service. This year the Austrian band NIHILS joined the festival line-up and served as musical ambassadors for Austrian music.
Read more: http://bit.ly/1x8iwtW 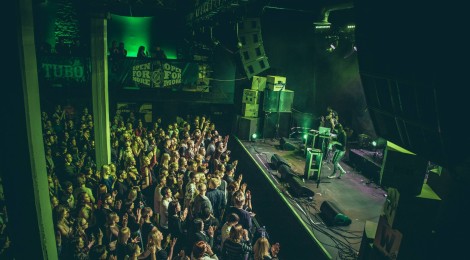 The seventh edition of Tallinn Music Week took place from March 25 – 29, 2015 in Tallinn, Estonia. Presenting over 200 acts from the Baltics, Nordic countries, Russia, and across Europe, the acts Moonlight Breakfast and Polkov represented Austria in 2015.
Read more: http://bit.ly/1BUbOUe 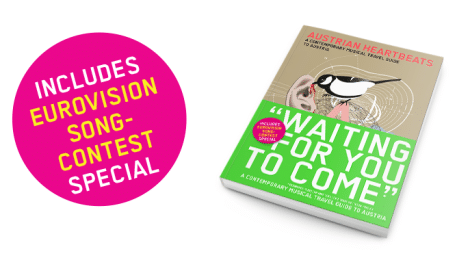 After the success of the first publication of the music travel guide in 2014, Austrian Music Export once again teamed up with the publishing company Verlag für Moderne Kunst and design agency 3007 to release a new extended edition of the well-known “Austrian Heartbeats – A Contemporary Musical Travel Guide to Austria“. The publication was released just in time for the 2015 Eurovision Song Contest, which the Austrian capital city of Vienna played host to.
Read more: http://bit.ly/1zJ4hwM

The second edition of the CD series “Austrian Heartbeats” was dedicated to contemporary music and curated by the Austrian composer Georg Friedrich Haas. For this compilation, he selected works by four young up-and-coming Austrian composers Marco Döttlinger, Peter Jakober, Hannes Kerschbaumer, and Manuela Meier. The recordings on this album were produced by the Austrian broadcaster ORF, and include performances by members of Klangforum Wien, the stadler quartet, the Phace Ensemble, the Trio Amos, as well as the A Cappella Choir Tulln.
Read more: http://bit.ly/1PjqUOi 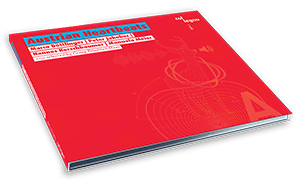 This CD was first presented at the Showroom of Contemporary Sound (Izlog Suvremenog Zvuka) in Zagreb, which provided a platform for contemporary artists to showcase their work and increase opportunities to connect and share their experiences with fellow musicians. The third edition of this festival (May 6 – 9, 2015) was supported by the Austrian Music Export and highlighted contemporary music from Austria.
Read more: http://bit.ly/1NGALsK 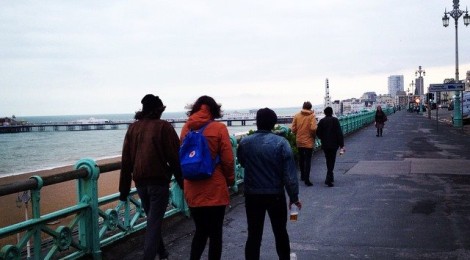 The young music festival The Great Escape (May 14–16, 2015) in Brighton, UK, showcased emerging artists from all over the world. Performing acts from Austria were Bad Weed, Bulbul, Chili & the Whalekillers, Mile Me Deaf, and Okmalumkoolkat with Cid Rim & The Clonious.
Read more: http://bit.ly/1ABRuaB

The 10th edition of the Europavox festival took place on May 23 – 25 in Clermont-Ferrand in the heart of the Auvergne, France. As a global project dedicated to the promotion of European musical diversity, it featured the acts James Hersey and Steaming Satellites from Austria.
Read more: http://bit.ly/1RzsNI5

In June the new artists selected for the funding program NASOM – THE NEW AUSTRIAN SOUND OF MUSIC 2016/2017 were announced. Ramsch und Rosen, BartolomeyBittmann, Edi Nulz, Schallfeld, Kids n Cats – these are a few of the 25 young Austrian musicians and ensembles selected for this biennal initiative of the Austrian Federal Ministry for Europe, Integration and Foreign Affairs, providing tour support for international performances of young Austrian and Austria-based musicians and ensembles over the period of two years. The young artists were chosen from the genres classical, jazz, pop, contemporary and world music. The selection was made by a jury of music industry experts and in collaboration with the Austrian Music Information Centre mica – music austria.
Read more: http://bit.ly/1dKd9bu

Complementing the extensive concert line-up of the Popfest Wien 2015 (July 23-26, 2015), the afternoon Popfest Sessions again dealt with current and controversial issues of the local pop scene. With special talks and discussions on the German music market, Austrian participation opportunities, and production developments in the analog/digital field, as well as panels on the subject „New Austropop“, the sessions formed a major part of the festival. For the first time before the talk events, the Popfest Sessions hosted a unique theremin workshop for all ages (Kid Cool Theremin School NYC), led by the Austro-New Yorker Dorit Chrysler. The Popfest Sessions were organized in cooperation with mica – music austria.
Read more: http://bit.ly/1JuBrij 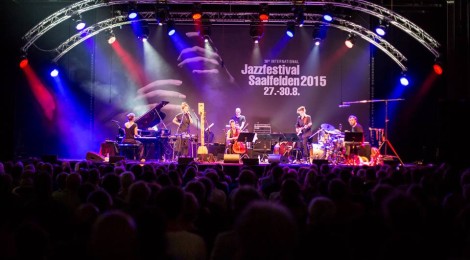 From August 27 – 30, 2015, Saalfelden became the center of the European jazz world. Over a period of four days, 32 concerts took place at seven venues. The lineup for the Saalfelden Jazz Festival was stacked with artists represented a large stylistic range of today’s jazz. Festival visitors were presented with a varied program, including performances by Austrian bands Kompost 3 and Christian Muthspiel Trio. This year the festival also featured acts from the world music field and present artists such as Riccardo Tesi & Banditaliana, The Klezmer Connection, Hazmat Modine, Vucciria, Madame Baheux, Özlem Bulut Band, Harri Stojka, and many more.
Maja Osojnik performed a work especially commissioned by the festival directors. The commissioned work was entitled „All.The.Terms.We.Are“ and was performed by Maja Osojnik and her band as the opening act on the main stage.
Read more: http://bit.ly/1JzCUYA 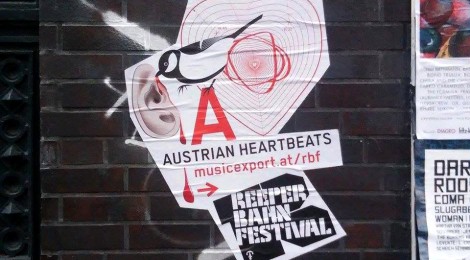 WAVES Central Europe celebrated its 5th anniversary from September 30 – October 4, welcoming music experts from all over the world to attend the festival and conference in Vienna and Bratislava. The specialty of Austria’s only club and showcase festival is the successful and fruitful exchange between international multipliers, the local music market, new acts, and concert fans of all kinds.
Read more: http://bit.ly/1QAX7SK 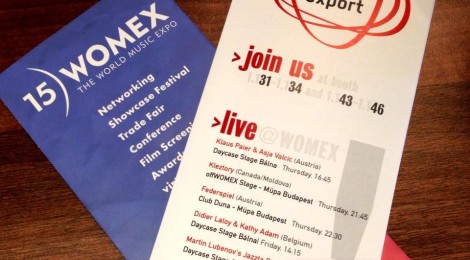