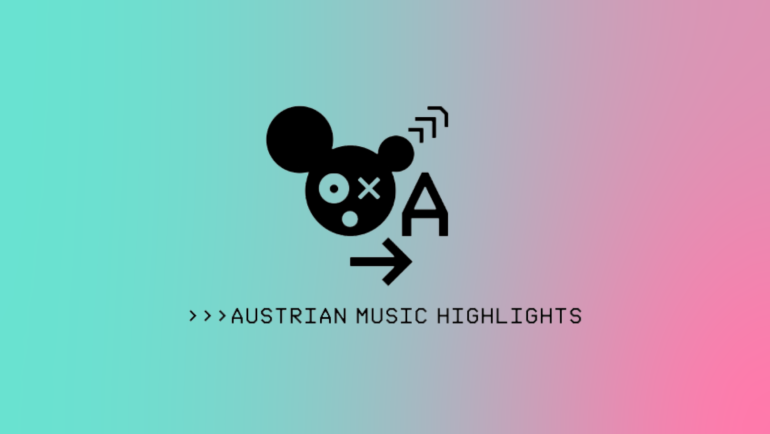 Don’t know how it is where you’re currently sitting, but over here it’s cold and windy, as it should be this time of year in this Alpine region of the northern hemisphere. But no, gosh darn it, we will not let winter get us down. Instead, we will push through the remaining couple months, with warm and cozy things like toasty tunes and mental vacations. Check out some of the latest and greatest sounds coming out of Austria and into your ear-holes, for the pick-me-ups and up-and-ups we all need more than ever these days.

Tis the season to debut

Paul Pfleger has made his debut as solo artist under the name PAUL & PETS and, as such, is dropping one delicious single after another. “You Got Me” came out in November last year, making quite the splash among radio stations and listeners, alike. The second single, “Onemanshow,” dropped last week, is just as convincing – letting us know that Paul & Pets is a reliable source of the kind of music you turn on and never want to turn off. Both the audio and visual creations coming from this imaginative artist are on the stirring cusp of serene and bizarre, grounded and wispy, odd and lovely. With these singles we only have a taste of the album, coming out sometime this year on CATGOLD RECORDS. What will the rest sound and look like? Well, for now, we are sitting in anticipation at the edge of our pink faux fur seats, holding umbrellaed pineapple drinks, daydreaming away with the music we’ve got so far. And – so far, so good.

If the singles are any indication of what to expect from OSKA’s upcoming debut album, then what we know is that it will be all over the place – in the best sense of the phrase, that is. With the song, “Mona Lisa, a girl’s best friend”, we get an upbeat tune with bittersweet lyrics, reminding us of silver linings and soft landings. With “Responsibility,” however, we can expect a deeper, if not darker, layer to surface on the album, as it usually does with the emotionally-laden artist. Whatever else ends up on it, according to nearly everything this indie-pop “newcomer” has produced so far, we can expect something soulful and special from her debut album, “My World, My Love, Paris” coming out on February 25th, 2022.

Sami Fischer, Gregor Sailer and Paul Sailer, aka LÖVEN, recently dropped their debut album: “Hunger”. With a total of eleven tracks, various ambiances and impressions appear, with an emphasis on groove being the common denominator. Although the three have been working together much longer, it was their musical re-invention in 2016 that made their current mark. Together with producer duo popmaché, they created the project LÖVEN and with their reboot, English lyrics gave way to German ones and the indie rock sound transformed into one of laid back groovy pop – heavy on the beats, light on the ears. And thanks to that, this is what we’ve got with their debut album, “Hunger” on Monkey Music on January 14th, 2022.

AUFMESSER’S SCHNEIDE is the project of bassist and composer Gregor Aufmesser, filled out by six other powerhouses of the young Austrian jazz scene – Dominik Fuss (Trumpets, Superbone), Alois Eberl (Trombone, Accordion), Leonhard Skorupa (Tenor Saxophone, Clarinet, Bass Clarinet), Lukas Schiemer (Alto Saxophone, Soprano Saxophone, Recorder, Hojok), Lukas Kletzander (Piano) and Lukas Aichinger (Drums, Percussion, Bongos). The ensemble released its second album: “Stereo Friction” on the Jazzwerkstatt Wien label in January 2022. Heavy on the wind instruments and bass, permeated with quirky melancholic grooves, giving space to each instrument’s delicate abilities – the result is intricate and graceful. Showcasing some of Austria’s finest, this second release by Aufmesser’s Schneide lives up to its reputation of up and coming musicians and their music, to keep your eyes and ears on. Catch them recorded, or live at Vienna’s Porgy & Bess on Feb. 19th, 2022.

A new compilation album has been released on Kairos with the title, “WOLFRAM SCHURIG: Works for Ensemble”. As the name indicates, the pieces included on this collection are composed by Wolfram Schurig, and are both live and studio recordings at various venues in Austria, over a period of ten years: 2011-2021. Musicians and ensembles included on the CD are fittingly Ivana Pristašová, Markus Sepperer, Andrew Digby, Almut Panfilenko, PHACE, Joseph Trafton, Nacho de Paz, Simeon Pironkoff, and Lars Mlekusch, which may indicate the quality of the music to be found on this stunning collection. The album was released in November 2021 and you can find it here.

PETER ABLINGER has given us yet another gift, and it goes by the title “Against Nature: Extended Flute Project”. Intrigued? How about this:

“It all started with a rejection. Flutist Erik Drescher applied for a cooperation with me at the end of 2019. Initially it was supposed to be a kind of continuation of our joint 2014 CD Augmented Studies, especially an extension of the multi- track pieces for (then) 16 or 22 flutes. The rejection came in February 2020. Then came Covid 19. We both had nothing to do and so we decided to start our project – unfinanced, of course.

If that doesn’t whet your appetite, then go see a doctor about your appetite. The unyielding well of creativity and originality in the new music world, Peter Ablinger, is the gift that won’t stop giving. And this latest release of eighty (yes, I said eighty) tracks, taking us through a magical story of music and nature entangled, is just another sparkly thing to add to the signature Ablinger charm bracelet. Find the story and the record, here and here.

Couldn’t make it to the Netherlands this year for Eurosonic Noorderslag? Join the club, nobody did. ESNS went 100% online this year due to the pandemic. Concerts were taped and streamed all around the world; however, one event took place live and in person in Groningen – namely concert performances by the Music Moves Europe Award nominees. Among them was Austria’s FRIEDBERG. And that’s why we have the privilege to watch the set on ARTE’s online mediathek, which has all the MMEA nominees’ concerts stored for ongoing consumption. Whether you missed it or caught it already, here it is again for your listening and viewing pleasure. You’re welcome.

FUTURE ECHOES, which was meant to take place in September 2021, was unfortunately pushed to February 2022 due to the pandemic. That’s the bad news. The good news is that Austrian artists OSKA and SIAMESE ELEPHANTS are part of the lineup. The festival runs from February 17th-19th in Norrköping, Sweden. With 71 artists, 100 concerts and 2 days of conferences, this premiere showcase festival is one to wow you on numerous levels.

should i stay or should i go

The cutting edge, experimental, improvizational noise trio MOPCUT made up of Lukas König (drums/electronics – AT), Julien Desprez (guitar/electronics – FR) and Audrey Chen (voice/electronics – US/DE) have a week-long residency at Au Topsi Pohl Berlin starting on the numerically blessed day of 2/22/22. Although the three musicians are more than enough, the band is opening the doors to different guest musicians and performers each night of the residency, including FARIDA AMADOU, HENRIK MUNKEBY NØRSTEBØ, KAFFE MATTHEWS, LUCY RAILTON & RABIH BEANI and ANDREA PARKINS & RAED YASSIN. If you’re into unique, intense improvisation and artistic intuition among excellent musicians who clicked from the minute they started, and have only gotten grander since, then this is the week for you.

Globally renowned hang player, drummer and composer, MANU DELAGO will soon be hitting the road and presenting his first audiovisual solo-program ‘Environ Me’. After years as a touring musician with artists such as Björk, Olafur Arnalds, Cinematic Orchestra and Anoushka Shankar, the Grammy-nominated artist bravely enters the role of one-man-orchestra. Starting off in his second home – England – then heading to his first – Austria – and then over to Germany, Belgium and Italy, Delago takes his new program for a serious first ride, with 12 shows from mid February to mid March. Catch him where you can.

Environ Me is an audio-visual journey accompanied by a collection of expertly made films. Each track represents a different element and contains its own inspired and individual concept, varying from the use of wildlife, fire and water to manmade steel, gears, Velcro and more. Constructed using his signature percussive skills as well as electronic manipulation and sounds recorded directly from an array of natural sources, the album is a dynamic and poignant exploration that harnesses the best of Manu Delago’s adventurous spirit and singular vision. “Since many years I’ve been living between urban London and the Tyrolean Alps, and with my new project ‘Environ Me’ I wanted to create awareness for our immediate surroundings. As a musician it’s easiest to do that with sound, so I’ve done various adventurous outdoor recordings incorporating our environment and integrated them into my compositions. On the new album ‘Environ Me’ the sound of our surroundings melts with the digital age and electronic music, with highest appraisal for nature.” (Manu Delago)

BUNTSPECHT is getting ready to set off on a one and a half month tour through Austria and Germany this Friday. Vienna, Berlin, Innsbruck and Cologne are just a few of the cities they will be passing through on this late winter tour. The band, made up of Lukas Klein (vocals, guitar, piano), Florentin Scheicher (melodica, trumpet, vocals), Roman Gessler (saxophones, flute), Jakob Lang (bass, vocals), and Lukas Chytka (cello) are a beloved alternative pop quintet, not only in Austria, but throughout Europe. Buntspecht mixes chamber pop, cabaret punk, and Austrian klezmer into an enraptured sound experience with lyrics that also defy all common understandings and unambiguities. Singer Lukas Klein recites them in his nasal High German with a pinch of Viennese Schmäh, leaving the people in front of the receivers puzzling over their countless levels of interpretation. If you happen to be somewhere on this upcoming touring trail, catch the show and tell us how it was, please.