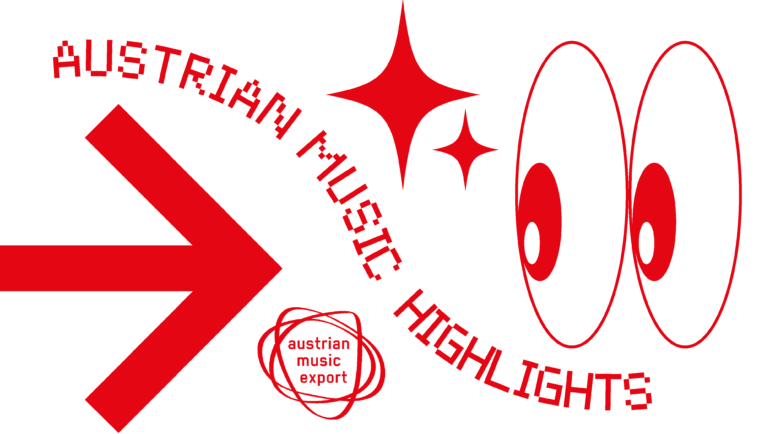 It’s that time of year again; that “in-between” time” – the ambivalent seasonal zone, smushed awkwardly between summer and fall. Do I wear pants or a mini-skirt? Plan an outdoor rager or an intimate indoor gathering? Bike to an open-air festival or transport myself to a seated concert hall? The catalogue of options is lengthy, to say the least; and, we embrace it! All the uncertainty and brain-breaking breadth of choices.

So, what ya got, September? Here is just a sprinkle of the nearly uncountable musical possibilities that await the avid listener, near and far. A few highlights, so to speak…

So much things to say

The 11th edition of the WIENWOCHE – Festival for Art & Activism – gathers transdisciplinary teams of artists, cultural workers, art educators, curators, and activists to tackle a variety of issues related to their lived experience. As usual the program is one of critical investigative positioning, mindfully blended with artistic intervention and unique engagement. To open the Viennese-weeklong event (as the name indicates), a program of “Protest, Rally and Afterparty” will hit Vienna’s streets, and, to our delight, will also include a stellar lineup of music, including: Austrian acts: – Millycent, Violetta Parisini Trio, BOSNA and Schwesta Ebra, ending with a performance Ukraininan hip hop star and powerhouse, alyona alyona. Get there early for the “Protest March” at 4:30pm at Christian-Broda-Platz, 1070, Vienna. Then head over to DemokratieQuartier/Held:innen Platz at 6pm for the “Rally” where the live music, performances and installations will be presented – all outdoors and for free. This festival is not to be missed!

QUEERZILLA is a queer feminist festival that will take place from the 16th to the 18th of September, 2022 in Simmering, Vienna on the premises of SchloR. Invited to the festival are FLINTA* (Women Lesbian Inter Non-Binary, Trans and Agender) people and Queers. Besides all of the super interesting and uniquely engaging workshops, discussions and performances, there will also be a number of music and sound-based program points.

On Friday, the 16th, there will be a “noise_kränzchen” offering FLINTA* the possibility to make music together in a rehearsal room. No previous knowledge of music or playing instruments is necessary! On Saturday, the “Sounds Queer?/Sound Library & Session” will take place. Sounds Queer? is a Vienna-base collective working on the intersection of electronic music, sound art and queer activism. The group “shares knowledge and tools because they believe that music can create a safer space to exchange experiences and express oneself. A synthesizer can be a feminist spaceship to challenge not only rules in music but also social norms.” The workshop will come to and end with a jam session for anyone who wants to participate. The final day of the festival will bring the community together for a series of concerts by bands: LAERM, Café Sekt, SpiderLily – all founded at the renowned Pink Noise Camp. Directly following will be concerts by BOSNA, u.h.u., Enesi M. and AYGYUL, with a DJ set by KEINPONNY to seal the deal. Queerzilla festival is a must-attend!

Studio Dan does it again… The public program project, ZONK!?!! , which took place for the first time in 2020, goes into the next round. In wonderful-outlandish places in Vienna they play from solo to small ensemble. You can hear jazz by Charles Mingus, contemporary music by Carola Bauckholt and Tania León, improvisation by Franz Hautzinger, experimental music by a collective around Volkmar Klien, young music by young composers like Flora Geißelbrecht and Philipp Kienberger and old music by old composers like Steve Reich and Julius Eastman and much, much more. Running from September 15th to 18th at outdoor venues in Vienna’s 20th district, all shows are free: see all details here.

But wait, there’s more… SOS – A little doomsday music: In all the din from before, the actual highlight of September is almost lost. With this program, Karolina Preuschl, Nik Hummer and Bernhard Breue “rush to the exit in driving direction. Good news has been abolished, we have the music for the new life feeling.” Dates are: Friday, September 23, 2022, 20h, Klangspuren 2022, Innsbruck and Tuesday, September 27, 2022, 20.30h, Porgy & Bess, Vienna.

On September 9th, the JELENA POPRŽAN QUARTET released their first album. “In terms of instrumentation, Jelena Popržan has virtually created a chamber music ensemble with which she moves stylistically in all possible directions. Together with Christoph Pepe Auer (clarinet, alto saxophone), Clemens Sainitzer (cello) and Lina Neuner (double bass) she realizes a sound in which the instrumental chamber music setting moves into other genres in a multi-layered way. Sometimes a more jazzy approach is taken, then again it is melodies from the wide world of folklore or high-energy rocking riffs that carry the musical stories. It goes all the way to the art song, which is a central part of the album. Jelena Popržan recalls the Polish resistance fighter and lyricist Tamara Radzyner, whose lyrics she translates into five artfully shimmering songs and makes them resound in a haunting form.

The rest of the album is dominated by instrumental pieces of a truly great musical variety. The passionately performed numbers offer light as well as heavy, cheerful and melancholic, familiar and mystical, dreamy, experimental, soulfully quiet and impulsively loud, casually grooving, wonderfully decelerated. The way in which Jelena Popržan and her quartet weave all these musical states together into arcs of tension reveals itself simply as great atmospheric (sound) cinema. Jelena Popržan’s quartet album is really more than just a beautiful listening experience, it is a special one, one that moves and touches as well as wakes you up and makes you dance. A real highlight.” – Michael Ternai, mica – music austria (translated from the German original).

We don’t know what’s happening – all we do know is that former Popfest co-curators MIRA LU KOVACS and YASMO, and obvious friends, have joined artistic forces and will be releasing a single on September 16th with title “100K”. Is the topic money? An un-runnable race? Nobody knows. But we are about to find out…!

At the TRANSART FESTIVAL in Bolzano, the piece Grace Note by Arturo Fuentes will be performed by Liquid Loft & Ensemble PHACE: “Lightness, speed, accuracy, visibility, multiplicity: in “Six Memos for the Next Millennium” Italo Calvino describes the central virtues for art and society. These dense concepts form the thematic basis of Grace Note, a collaboration between the musicians of PHACE, the dancers of Liquid Loft, composer Arturo Fuentes, and visual artist Günter Brus. In Grace Note, the visual, the performative, and the auditory come together. In tireless, constant motion, the actors seek for essences that last over time.”

Grace Note is an interdisciplinary project, which was developed as a co-production with Tanzquartier Wien and Wien Modern, as well as in collaboration with ICST Zürich and Liquid Loft. Performance and installation, as well as acoustics and electronics, form a dynamic structure by means of interaction between sound and movement. To composer Arturo Fuentes, the human body when expressed through dance and theatre becomes a sonic map on which different rhythms and tempos follow their paths. Based loosely on Günter Brus’s ideas, he defines the visual and scenic context of his works as “deaf-music”, “unaccented silence”, “dark-room-music” or “eye-music”.

Moreover, we are excited to include it in our series “Crossways in Contemporary Music” where we spotlight genre-breaking projects and initiatives in or around the field of new music.

WARSAW AUTUMN – the International Festival of Contemporary Music – is back, for its 65th edition! And, like always, it not only packs a powerful program, but also, as usual, includes a number of Austrian artists and contributors. This year, Schallfeld Ensemble performs four premieres (Polish or world) – one entitled MAAT ME which they commissioned for composer Pierluigi Billone, on Tuesday, Sep. 20th. Austrian viola player, Rafal Zalech performs the piece Les Espaces acoustiques by Gérard Grisey as a soloist for the Polish premiere on Friday, Sep. 16th. And, Armin Lorenz Gerold from Austria and Grzegorz Kozera from Poland present a joint exhibition at the festival – though working in different media, both artists demonstrate that music and sound are important aspects of their practice.