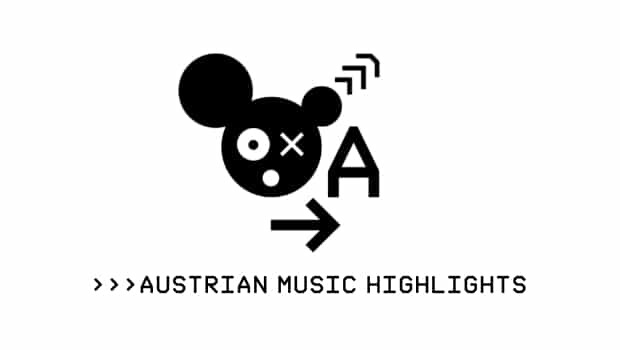 It comes as no surprise that the highlights section is still empty when it comes to live events. Big showcase festivals like Jazzahead, c/o pop, The Great Escape, Operadagen Rotterdam and Primavera have been either canceled or postponed, and the global music community is facing extremely hard times.

Nonetheless, musicians keep themselves and their listeners busy with new releases. A few singles foreshadow upcoming albums, with some of them being pushed back to autumn for release. But some of them are still managing to see the light of day in recent and upcoming weeks!

Soft and smoothened, upbeat songs seem on the march this year.

One such release comes from notorious indie-poppers MILE ME DEAF. “Ecco” (Siluh Records) sounds like a neon-coloured Sci-Fi dream. 80s synths and samples form the basis for artfully crafted, light-footed vaporwavey songs, celebrating the past while looking to the future. Guitars have been mostly replaced by synthesizers, and the voice partly autotuned, “post-human” – as you can read in the press text.

Another project kicked off by Wolfgang Möstl is to be announced this week, along with its first single. The new duo by Möstl and drummer Werner Thenmayer is called ÆTHER KOMBO and celebrates quirky New Age samples and softly melting vocals. Their first single, “Deja Vu”, features singer and multidisciplinary artist FARCE.

Into similarly dreamy worlds dives SOFIE, with her fourth single “Asleep” from her upcoming debut “Cult Survivor” (Stones Throw Records) to be released in June. It lives from tender nostalgia, but with a sincerely playful and quite refreshing approach. Originating from the US, Sofie is a multitalented artist, classically-trained musician and singer, DJ and member of the Boiler Room team. Her spaced-out LoFi-pop reflects on her surroundings in a very personal way. The music is uplifting but with a certain drive towards melancholia, seeking inspiration from 70s psychedelic folk as well as pop-ballads from the 80s and captivates with melodic hooks.

CLOUD CLOUD, the new German/Austrian indie duo of Marten Kaffke (Kids’n’Cats) and singer Katja Seiffert are surfing a similar wave when it comes to soft, intimate moods. The first single of their upcoming debut EP “What are my options?” is simply called “Love”.

Also WANDL is teasing with a new single. The progressive producer, musician and vocalist from Vienna is known for his atmospheric R‘n‘B inspired tracks. “Double Exposure” (Affine Records) however, is a tick more experimental and deconstructed, filled with “dark memories and filthy thoughts”.

Contemplative post-punk, post-wave-grunge-pop comes from the now five-member-band CATASTROPHE & CURE. Celebrating their 10 years of existence, one can almost speak of this as an anniversary album. “Somewhere Down the Line” (töchtersöhne) has a gloomy appeal. Its melange of opaque synths and heavy guitars, heartfelt lyrics, and emotive vocals are composed into elegic songs. Catastrophe&Cure are oscillating between desperation and departure, showing a soft spot for strong feelings.

Innsbruck act LITTLE ELEMENT has just released her LP, “Fire” (Futuresfuture). Opening track, “I lost my heart by the ocean”, reveals the singer, multi-instrumentalist, and producer Lisa Aumair at the beginning of her debut record inspired by waves, mountains, the sea, and by fire & water. Travelling is the source of inspiration for this passionate globetrotter. Her dream pop is mixed with elements of folk, dubby rhythms and itchy feet.

He was guitarist for Der Nino aus Wien, but has long since been on the road as a solo act in his own right. PAUT, aka paul Schreier, recreates psychedelic pop sounds of the 1960s and 70s, from The Beatles to Bowie. As the self-proclaimed Jimi Hendrix of Austrian pop music, he is accompanied by his all-female backing band, the greaT kellys. For his latest album “Weltraumkatzen” (‘Space Cats’, on Problembär Rec) he invited along illustrious guest-singers such as Nino, Natalie Ofenböck or Ankathie Koi, for a fantastic set of joyful songs, wit and blithe.

There is news in the field of contemporary music as well, as composer and organist KLAUS LANG has just released a record via Slobodan Kajkut‘s GOD imprint. We can experience two of Lang’s highly successful ensemble pieces. “linea mundi” and “weiße farben”, both of which premiered at the Wien Modern festival, interpreted by Klangforum Wien and the oenm (Österreichisches Ensemble für Neue Musik). Based on heavy textures, disturbing counterpoints, slow progressions and threatening dynamics, Lang – who is famous for his heavy droning sound – once again created intense and forceful pieces of contemporary music.

Lukas König is a well known figure in the domestic improv and jazz scenes. As a solo musician, KŒNIG recently released “MESSING” (Ventil Records). For his latest record, the internationally acclaimed drummer is focussing on a single cymbal as the central sound source, thus discovering new possibilities for sound developments. The pieces oscillate between abstract sound patterns and catchy, groove-based structures
The release-show will take place on 3rd of June, in Porgy&Bess featuring modular laser & sound artist, BR Laser, with limited tickets being sold. A free live-stream will be available via their website.