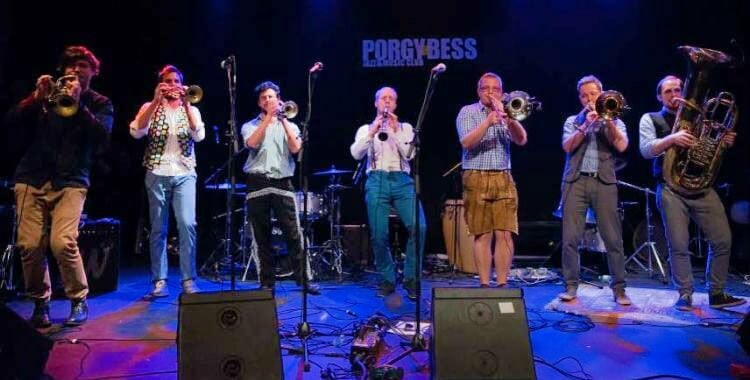 Federspiel are the newly crowned winners of the Austrian World Music Awards 2015. The exceptional wind musicians were able to convince the jury with their unique, creative and witty version of folk music. The finale of the Austrian World Music Awards took place on Friday, December 4, at the sold out Viennese venue Porgy & Bess in front of more than 400 fans. ALMA took home the second prize with their winking nod to traditional Austrian folk music, and the audience award went to the Großmütterchen Hatz Salon Orkestar.

Six finalists were selected from more than 120 entries to each perform a  20 minute set at the award ceremony, providing an impressive display of the local world music scene. More than 400 music fans gathered at the prestigious jazz club in Vienna to experience the live event with ALMA, Großmütterchen Hatz Salon Orkestar, the duo Dinovski-Schuberth, Federspiel, Mahan Mirarab Band and Vusa Mkhaya’s Vocalism Project. 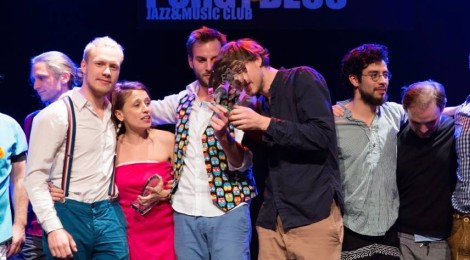 The extremely high musical quality of this evening let the tension flare up as the jury announced their decision an hour later. The Lower Austrian wind music ensemble Federspiel eventually convinced the jury with their vibrant and open-minded folk music. Whether playing their own compositions combined with pop elements, arrangements of traditional Mexican music or with a zither as the solo instrument: Federspiel once again proved that they are definitely one of the most interesting ensembles in the European wind music scene. The 1st prize is endowed with € 3,500.

The 2nd prize went to ALMA, who won over the jury with their winking nod to Austrian folk music. While breathing new life into old traditions, the five young musicians  still leave enough space to explore their own musical origins. Realizing their own vision of how Austrian folk music should be adapted for the present time and its audience, ALMA play their instruments – violins, bass, accordion and vocals – with tremendous ease, passion and imagination. The 2nd prize is endowed with € 2,500. 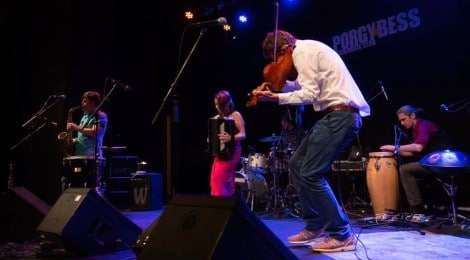 The large audience played an important role at this event as they voted for this year’s Audience Award winner. Taking home the prize (endowed with € 1,500), the five-membered band around the accordionist and singer Franziska Hatz, the Großmütterchen Hatz Salon Orkestar enthused the audience with their fiery music. Performing at a very high artistic level, the band presented humorous pieces mainly from the Klezmer tradition, as well as self-composed works with influences from pop, folk-rock, ska and jazz.

“We are very pleased that we were able to raise the prize money of all three awards this year”, said cultural manager Katrin Pröll, who organizes the Austrian World Music Award together with Martina Laab on behalf of IG World Music Austria. 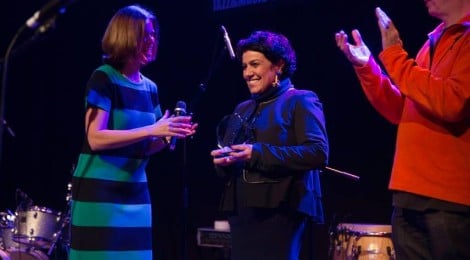 This year’s Honorary Jury Prize, which is annually awarded to a person who has distinguished himself or herself by promoting Austrian world music, went to the longtime director of the Viennese Theater am Spittelberg, Nuschin Vossoughi.

“With a comprehensive approach, infinite ideas and unwavering commitment, she has been the driving force at Theater am Spittelberg for more than 12 years,” said Helge Hinteregger of mica – music austria, in his laudatory speech.

The Austrian World Music Awards first took place in 2004, and were created to give world music artists the recognition and publicity they deserve. At this year’s finale, world music “made in Austria” was once again successfully placed in the limelight.

“We are especially happy about the fact that we were able to invite several international event organizers to this event”, said organizer Martina Laab from the IG World Music Austria.

“After all, the Austrian World Music Awards is about drawing attention to the Austrian world music scene”, added Katrin Pröll. “Here organizers play an important role as multipliers”. 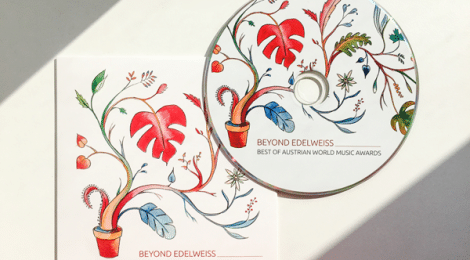 Another project to further promote Austrian world music will be continued this year:

“There will be a CD compilation featuring the highest ranking ensembles that applied for the Austrian World Music Awards 2015”, said Katrin Pröll.

Last year’s CD was presented at international trade fairs such as WOMEX, Babel Med Music or the International Kulturbörse Freiburg, as well as sent to various media outlets at home and abroad.