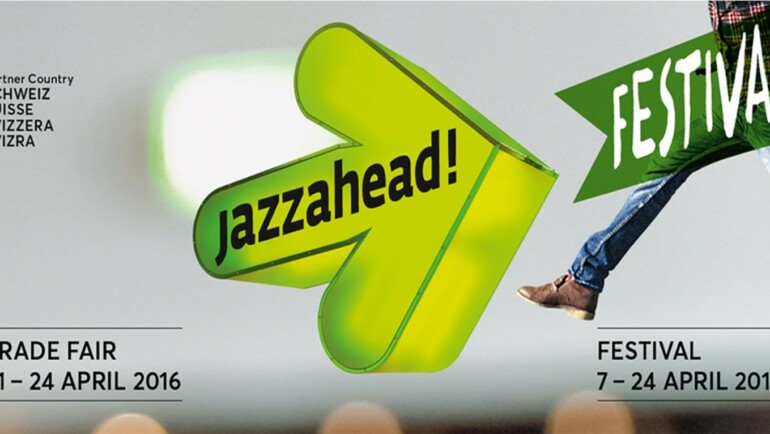 The eleventh annual Jazzahead! Expo and Festival in Bremen will be taking place this year between the 7th and 24th of April. International visitors will get a chance to experience Austrian acts like MARIO ROM‘S INTERZONE, WOODY BLACK 4 and the Pianist WALTER FISCHBACHER with his PHISHBACHER TRIO. More than 50 Austrian delegates – records labels, promoter, agencies and journalists – will join the trade fair this year. Meet us at the Austrian Booth (6D 13) for the traditional Alpine Cocktail on Friday 22nd, 4:00 pm, Austrian Booth (6D 13).

Mario Rom’s INTERZONE is a band that has made an international name for themselves thanks to a reputation for first rate releases (“Nothing is True”, “Everything is Permitted”) and strong live performances. With Lukas Kranzlbinder on Bass und Herbert Pirker on drums, the trio around trumpet player Mario Rom belongs to those groups of contemporary musicians who approach jazz in their own unique way. The result is a free-form mix of traditional and modern jazz with elements of bebop, funk and swing thrown in for good measure.

The Woody Black 4 is another group of Austrian jazz musicians who have followed a somewhat different path. Oscar Antoli, Daniel Moser, Stephan Dickbauer and Leonhard Skorupa might use jazz as their foundation, but it shouldn’t be too surprising to learn they are anything but traditionalists. Four clarinets, three of them bass, give the quartet not only their name but also their very special sound. That sound can include a range of musical worlds, from New Music to Pop. It’s a sound that helped them win the European Jazz Contest 2014 and remains velvet smooth and warm even when flirting with the experimental and avant-garde

The pianist Walter Fischbacher will be taking his group Phischbacher Trio to Bremen as well. Born in Vöcklabrück and schooled in Vienna, Fischbacher has lived in New York since 1994. His original compositions and adaptations of current pop-songs display a high degree of perfection and a feel for the melodies of jazz without wandering into the banal or commonplace. Together with Goran Vulic on bass and Ulf Stricker on drums, the Phischbacher Trio are able to combine a complex performance and rhythms with an absorbing flow and groove.