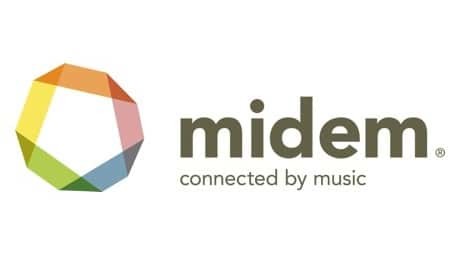 Despite a drop in exhibitor numbers, this year’s 46th edition of the world’s largest music industry trade fair MIDEM remained faithful to its pioneering role. With its new concept of focusing on live music and showcasing enhanced technology companies with the latest developments and applications based on music, MIDEM has once again proved its role as a trend-setter. After years of a predominance by labels, publishers, producers and distributors, the musicians have taken back this year’s pole position. The second focus of the new MIDEM: Technology. The latest electronic trends and tools regarding music were presented at the MIDEM‘s Innovation Factory. The midemlab introduced the best and most creative start-ups and app developments.

Music and creative products from Austria at MIDEM 2012

This year 26 Austrian companies and organizations presented themselves at the Austrian booth and used the opportunity to meet with international partners and establish contacts. The Austrian stand at the trade fair was supported by the  AKM/GFÖM, departure, IFPI/LSG, the Film and Music Industry Association (FAMA), ÖSTIG, WKO Vienna and AWO – go international – an initiative of the Austrian Chamber of Commerce and the BMWA.

On the 28th of January 2012, the 2nd edition of the CD series “Austrian Music Box” was kicked off with live music from Austria. In the spirit of the title ‘From classic to pop’, which marks a journey through the Austrian music scene, the Danubia Saxophone Quartet, Mika Vember, !Dela Dap, and Herr Tischbein enthused the responsive audience in Cannes.

Besides the 2nd edition of the Austrian Music Box, the new CD “project pop! Vol. 13” and the Salzburg Sampler “Xtra Ordinary Vol. 15” were introduced to the public.

The Austrian appearance was complemented by creative products from Austria. A lot attention went to the Phoenics RD7, a digital billboard column displaying 360° – videos from the Phoenics Creative Studio Vienna. Equipped with all sorts of multimedial sophistication, this monolithic column presented videos of the Austrian music scene. Spectralmind presented the mobile app sonarflow, which revolutionizes the way of listening to music on touch devices. Ergonomic chairs for today’s dynamic workplaces were presented by Neudoerfler office furniture.

“Each year MIDEM serves as the starting point for the Austrian music business and a vision for new opportunities in marketing and content. We are glad to be able to present our Austrian companies and artists on this international stage”, said Mario Rossori, organizer of the Austrian presentation at the MIDEM.