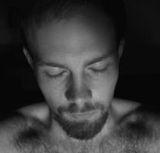 The field of comtemporary music in Austria is evolving. Responsible for this development is above all the new generation of composers, who extend the spectrum of contemporary music in this country with unique and never-before-heard facets. This time mica portrays the Viennese composer Hannes Dufek.

Fast Facts
Born in 1984 in Vienna, Hannes Dufek is currently studying composition at the University of Music and Performing Arts Vienna (Class Chaya Czernowin/Michael Obst). Besides studying, he runs numerous concert projects and initiatives, primarily the Platypus Association(www.platypus.or.at) , which he co-founded (2006). His compositional interests can be located somewhere relatively centered between half-improvised structures and clear structural sound intentions. Accordingly, his music focuses on both organic processes, as well as specific fractions and surprises, whereas this can not be called a principle or an idée fixe. He is still relatively young at 25, but one could argue about Hannes Dufek that he invents himself “new” in almost every piece, for better or for worse. Hannes Dufek lives and works in Vienna.

Portrait
With the slow progression of tightly woven or even delicate structures, Hannes Dufek’s compositions invite to get engaged in the sound and its history. The often soft tones in Dufek’s compositions are of particular energy. He vividly displays this in “(Inner)Solare Musik” for ensemble – a composition in which the power of the sun is represented with a soft whirring sound, but also mediated by an intense sound scape of flutes. In “una flor”, the piano always returns to the quiet chord, interrupted by a constantly varied, melodic motif. “… ist eine flirrende Realität …” is about the search for knowledge: The process of this composition is based on original material that is constantly circled but never heard. Quiet, delicate sounds performed with baroque violin, baroque cello and (modern) percussion, occasionally turn into a sudden upsurge, emanating not only from the drums – the strings also show their strong side.