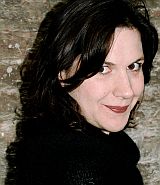 Julia Purgina is currently without doubt one of the most promising young composers in Austria. Despite her young age, she can already look back on numerous sensational performances of her compositions at home and abroad. Reason enough to portray Julia Purgina in the new mica series “Austria’s Young Composers”.

Fast Facts
Julia Purgina, born 1980 in Straubing, studied Viola Concerto with Wolfgang Klos (Vienna) and  Ulrich Knörzer (Berlin), as well as composition with Chaya Czernowin and Erich Urbanner (both degrees with distinction). In 2001 she received the Lower Austrian Cultural Award and was the winner of the International-Antonio Salieri composition competition in 2006. In 2007 she was awarded with the Theodor Körner Prize in Music and the Viktor-Fohn Scholarship for Art, as well as a grant from the Federal Ministry for the Arts. From 2004 to 2007 she was violist at the Vienna Radio Symphony Orchestra. In 2005 she founded the ensemble LUX, together with other young composers. She currently works as a freelance artist in Vienna. Her own compositions were performed in Austria, Slovenia, Bulgaria, Finland, Slovakia, Germany and Estonia.

Portrait
Long-windedness is not Julia Purgina’s specialty. Rather, it is her usually arranged cycles of miniatures that get right to the point. And although she has a theoretical approach, which examines the differences between aleatoric compositional methods in America and Europe, her own compositions are not based on an abstract concept. She relies entirely on her own sound ideas and moves them to a wide spectrum that ranges from humorous to energetic to subtle moods. The composers takes inspiration from a variety of personal interests with non-musical references, such as self-created images, maps or literary sources: for the cycle “Herbarium”, she used the unusual adjectives that Pablo Neruda assigned to individual plants.

The poem Euonymus by John Updike inspired her to compose a work for tenor saxophone and music in which she expresses fine-spun timbres triggered by the the mood of poem.  The phenomenon of the revolving round the sun, earth and moon resulted in the cycle “Lunarium”, each consisting of a piece for viola, cello and double bassoon. As an active freelance violist, she co-founded the ensemble LUX and also works with the ensemble reconsil in Vienna. Julia Purgina dedicates herself  to making her own compositions heard by her own interpretation. Therefore, she also played the premiere of the recently composed Viola Concerto, in which she brought elegiac moments into the present.
Doris Weber Berger

Important composition
I composed my Viola Concerto in September 2009 on behalf of an orchestra from Erfurt. The starting point for this concert was my “Lunarium for Viola”. The concert is indeed one movement, but divided into three parts with reprise and coda. According to my intention to compose a formal, traditional concert, the viola always leads through the work. The premiere took place on May 11th, 2010 in Moscow (Julia Purgina, Viola and Ensemble Studio New Music Moscow with Roland Freisitzer). The composition can also be found on a CD of the ensemble Reconsil, released by Spektral Records (Re: New Music).