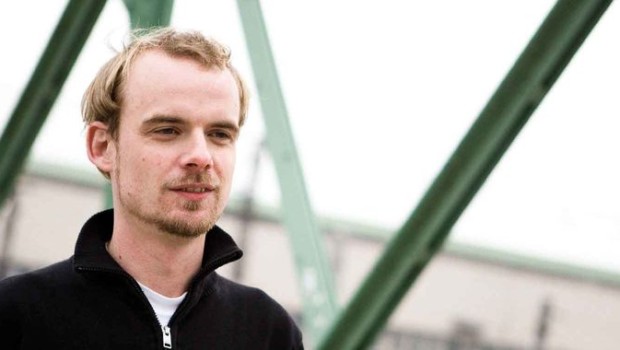 Despite his young age, the composer Peter Jakober can already look back on multiple successful achievements. Numerous awards and performances of his works distinguish Peter Jakober as one of the most promising representatives of the new composer generation.

Peter Jakober was born in 1977 and grew up in southern Styria. In 1998 he started studying composition with Georg Friedrich Haas and Gerd Kühr and graduated with distinction in 2006. So far, his works have been performed by numerous prestigious ensembles at many renowned contemporary music festivals. Together with Erich Ranegger, Jakober founded the annual „Hörfest“ event in 2003, which focuses on offering a performance platform for young composers. After stays in Rotterdam (Netherlands) and Cologne (Germany), Peter Jakober currently lives and works in Vienna.

Besides being featured at major international festivals (currently at the upcoming Huddersfield Contemporary Music Festival), Peter Jakober was handpicked by Georg Friedrich Haas as one of the four composers for the CD compilation “Austrian Heartbeats #2 – selected by Georg Friedrich Haas”, which provides a wonderful illustration of the genre-crossing diversity in today’s contemporary music from Austria.

On Peter Jakober’s Compositions “Ab” and “in Stille”:

Comprehensible rhythmic patterns set in right from the beginning. However, as soon as you feel safely ensconced in predictability, the patterns slowly begin to drift apart and withdraw from the supposed clarity.
The performers also turn towards that which is essentially human: Jakober counters mechanical accuracy with the phenomenon of constant non-simultaneity of the performers by applying elaborate inaccuracies, which also incorporate differing rhythmic.“in Stille” traces the development from the human to the machine: The recording of the choir, as the most human of all instruments and the breathing sounds of the organ pipes are delayed and sped up, thus creating a synthetic counterpart to the live performance. With the tension between the predictable and the unpredictable, between man and machine, Jakober devotes himself to the longing for beats, which he locates on a tonal level and transmits through slow shifts of unequal tempi. Jakober occasionally draws on mathematical patterns as an organizing principle. Rather than using formulas that would be too recognizable, he uses irreproducible prime number relationships;specified structures serve only to simultaneously disguise the regulative system.
Every now and then the identity of individual instruments is revealed, such as the identity of the zithers in “Ab,” as is the relationship between stage and audience, when the location of the performers allows the sound to wander through the space. The tonal areas, which are often ornamented with glissandi or arpeggio chords, constitute the starting point for “Ab,” creating tension between the various instruments, their divergent tempiand the ever progressing movement.

Listen to music from Austria on: