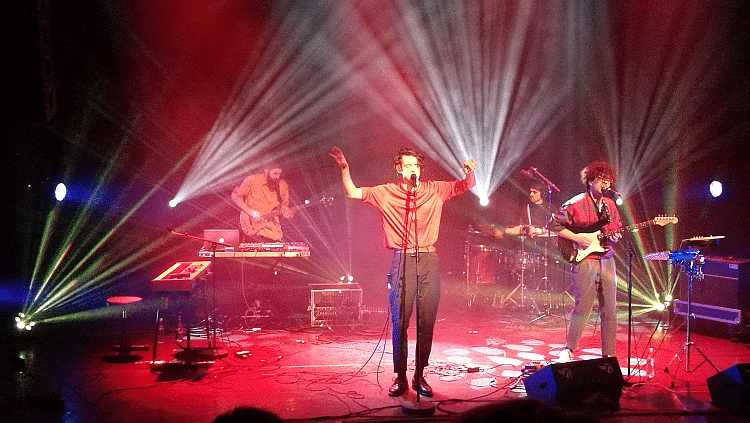 The SONIC VISIONS Music Conference & Showcase Festival serves as a platform for the music industry in Luxembourg as well as neighbouring Belgium, France and Germany. The festival is an initiative of Rockhal, Luxembourg’s main concert venue, and Rocklab, a music & resources centre for the local music scene. The festival, which is also part of the INES network, will take place from Nov 16-17, 2018. Among international acts like Maribou State and Tamino, Sonic Visions will bring three Austrian artists to Luxembourg: AVEC, HEARTS HEARTS and SOIA.

With her almost 23 years of age, AVEC, who comes from Upper Austria, is one of the youngest talents to make its way across the Austrian borders. “Heaven/Hell”, the current album of the whizz kid, who has kicked up a lot of dust in recent years and was recently nominated for the Music Moves Europe Talent Awards (MMETA) 2019, reveals itself as the step forward many had hoped for. It is the confirmation of the expectations many had placed on the shy-looking singer-songwriter and her unmistakably emotional, soft and raw voice.

After an arresting debut and shows all over Europe, including Reeperbahn Festival, The Great Escape and Eurosonic Noorderslag, Hearts Hearts released their second album Goods / Gods in 2018. Their widened approach to disparate musical genres became the key element in the creation of eleven new songs. The band has cracked and evolved their electronic ballads and downbeat pop into something far more sonically expansive and emotionally soulful, driven by higher energy and a growing array of influences.

Melancholic and gentle, then demanding and powerful, Soia’s vocals oscillate between soul and hip hop. Soia, who was born in Taiwan and lives in Vienna, and her producer Mez, a jazz pianist with Israeli roots, first collaborated for their 2011 single Obtaining. On their fascinating album H.I.O.P. (an abbreviation of “Hidden in Obvious Places”), released on the Philadelphia based label Record Breakin’, you can hear jazz samples and world music sounds, hip hop beats and deep bass, lounge sounds, elements of funk and a whole lot of soul. At the moment Soia and Mez are working on a new EP for 2018.