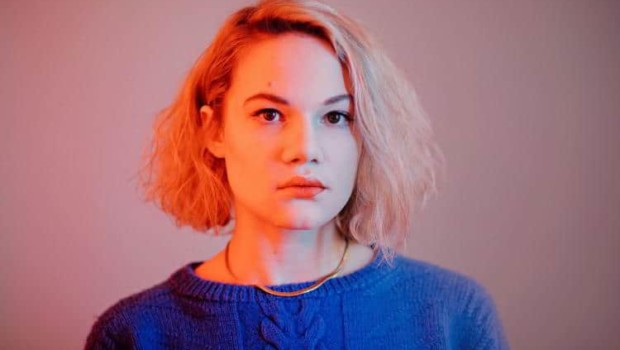 AVEC, an artist who has grown up. At least as far as music is concerned, because with her almost 23 years of age, AVEC, who comes from Upper Austria, is still far away from being old. “Heaven/Hell”, the new album of the whizz kid, who has kicked up a lot of dust in recent years and was recently nominated for the Music Moves Europe Talent Awards (MMETA) 2019, reveals itself as the step forward many had hoped for. It is the confirmation of the expectations many had placed on the shy-looking singer-songwriter and her unmistakably emotional, soft and raw voice.

While the debut “What If We Never Forget”, highly acclaimed from all sides, was still predominantly carried by youthful melancholy, the new work is a multifaceted development. The last few years with the sudden fame, the attention, the intensive time on the road with numerous international festival appearances have shaped AVEC and made her and her music audibly more mature. The young Upper Austrian, who appeared out of nowhere in 2015 and already broke through sound barriers with her first released numbers on various streaming platforms – her song “Granny” has been streamed almost 4 million times on Spotify since her appearance in 2015 – has learned a lot and, as she herself says, “basically grew with the whole thing”. “I just feel more mature today and see things in a different light,” says AVEC.

“Heaven/Hell” definitely offers some surprises. Not only because the singer-songwriter reveals some new, previously hidden sides of herself in her new songs. Of course, the melancholic and quiet moments, which made the debut album an intense listening experience, are not missing. They are still there and once again provide for wonderful emotional waves (“Alone”, “Breathe”). But there is something new to be found, an expansion in musical expression, which gives the whole story a hitherto unknown exciting note. The new songs make it clear that AVEC has gone through an intense development process and knows more than ever what she wants and where she wants to go. “Looking back, I have to say that my debut was too polished a production for my taste,” says the singer-songwriter, who approached this album with the goal of making the sound a little more angular, edgier. “Why should you change or cut something when it just happened at that moment and perfectly captures the mood?

AVEC’s implementation of her project can definitely be described as success. Not only does the sound coming from the speakers sound a bit more raw, the Upper Austrian also shows the courage to occasionally wander from the well trodden path. She also makes it more lively and dares to break with the usual song formats. But always in her very own way. Even if it gets a bit more lively and danceable, like in the opener “Love” or in the song “Under Water” or “Still”, the basic tenor – thanks to the profound lyrics – still remains the thoughtful and melancholic one so typical for AVEC. The same goes for the numbers “Yours”, “Heaven/Hell” and the grandiose, incredibly atmospheric growing and wonderfully deep “Close”, in which AVEC consciously makes it a bit more experimental.

With “Heaven/Hell”, AVEC impressively is answering the question of why she has achieved what she has, of why she is one of the shining stars of the Austrian music scene and why she has had such success internationally. In her music, the Upper Austrian hits just the right note, one which directly floods the soul and invites the listener to surrender fully and completely to what is presented. Yes, pop music can be beautiful and special.