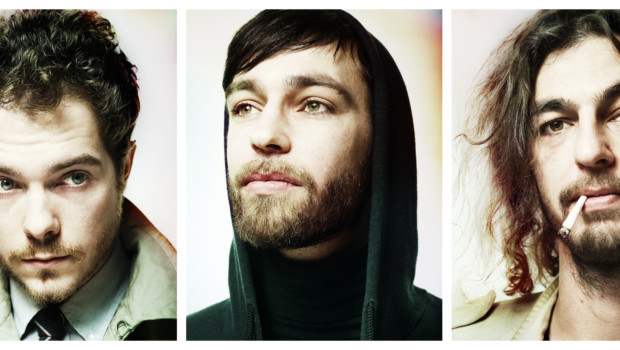 Austro-Welsh Indie-Synth-Rock-Noisepoppers BENSH from Vienna, Austria and Cardiff, Wales are hitting the UK for a three-show sneak peek of their up-and coming second album TBR in February 2014 in collaboration with Wohnzimmer Records. With two performances at London’s Servant Jazz Quarters in Dalston (25.07. / w My Panda Shall Fly & Catching flies) and Camden’s Dublin Castle,  BENSH will perform as a four piece for the first time and bring an early taster of the album release tour early next year. BENSH have recently been nominated for a Berlin Music Video Award and performed widely between Europe and North America (including SXSW, NXNE, Canadian Music Week, Popkomm, Liverpool Soundcity).

My Spoonful, San Francisco, says:
Bensh have described their sound as “self-stylized noise pop” which doesn’t really hint at what they sound like, but that’s not their fault, I’m not sure there is an apt way to describe their music. The sound morphs from 90’s pop to 60’s avant-garde rock, it’s a band that is clearly influenced by the sonic exploration of Beck, The Beatles and Velvet Underground. Bensh consists of (four) men who poke and prod at their synths, guitars and electronic drums to come up with strange yet alluring sounds. Certain tracks like “Doubt” are straightforward enough to seem normal but with multiple listens you’ll notice how odd the synths are laying against the organic drums and acoustic guitars, or the way the singer lazily over-pronounces each word. It’s remarkable really, they’ve created a sound that has the perfect appeal – it’s just strange enough to get the critic’s attention and yet there is enough melody and rhythm to appeal to the masses.