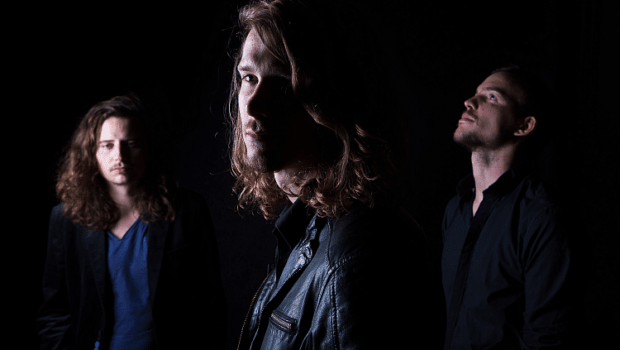 The Tyrolean psychedelic rock trio MOTHER’ S CAKE is one of Austria’s hottest rock exports and is on everyone’s lips in certain circles. After the band’s successful performance at the MENT LJUBLJANA singer YVES KRISMER spoke to Sebastian J. Götzendorfer about worldwide tours, the Bergisel Stadium in Innsbruck, and life between megalomania and self-criticism. One possible reason for the band’s continuing success? Their will to become better and better!

You played at MENT, a so-called showcase festival. What is the significance of such festivals for the band these days?

Yves Krismer: A great deal of importance, because people from the music industry and business also pass by. But for me personally, normal concerts are more enjoyable. The situation at showcase festivals also creates a certain amount of pressure. But they are definitely important.

Do these “exhibition festivals” pay off for you?

Yves Krismer: Well, it always depends on how well you play [laughs]. We recently also played on the Eurosonic Noorderslag in Groningen, where the performance was rather suboptimal and that – as far as I know – has not led to a lot of offers so far. I would have to ask our manager for more details. But today I was very satisfied. There were also more normal people there than at Eurosonic [laughs]. There are really more industry people there and fewer people who only come for the fun of it.

You are about to embark on a tour of the UK. What are your expectations from it?

Yves Krismer: Enormously high. We play there mainly with a band called Desert Mountain Tribe, who supported us in Germany some time ago. We haven’t played much in England yet, so we are all the more tense. I have always said, ”I want to go to England, I want to go to England…”, and now we can really go there.

Where does the strong desire to play in England come from?

Yves Krismer: England is still the “music capital” of Europe. And when you get a foot in the door there, some things later get easier.

One year ago Mother’s Cake were also on tour in Australia – quite a achievement for an Austrian rock band.

Yves Krismer: That was really brilliant! We’ve already been there for the second time. For us, touring and travelling like this is a passion – because financially speaking, there’s not much to look forward to. But you have a good time and some of the shows were even sold out.

In the broadest sense Mother’s Cake are a rock’ n’ roll band. Are such experiences part of “Living the dream”?

Yves Krismer: Yes, in a way it has more of this idea than playing in Germany all the time. As someone who generally likes to travel, it is just insane if you can combine that with making music. Through the concerts you get in contact with local people quickly and a lot, which makes such a trip even more unforgettable.

I AM NEVER SATISFIED WITH AN ALBUM.

Your last album “No Rhyme No Reason” was released about a year ago. How satisfied are you with it today?

Yves Krismer: I’m never satisfied with an album and that’s how it was this time. We’ll write an album and as soon as the last mix is done, I’ll never listen to it again.

Isn’t that a bit of a cliché?

Yves Krismer: Then I guess I am a cliché. I actually never listened to “No Rhyme No Reason” again. I think I heard it once in the right order. One is occupied with it for a year and then at some point there is no more motivation to continue to deal with it. But: I am proud of the album!

Compared to previous albums, the songwriting is more goal-oriented and gets to the point. There are less overflowing jams and funk parts. Was this a natural process or a conscious decision?

Yves Krismer: Rather a conscious decision. I consciously always want to create music that is something special. With this album I just wanted to write real, genuine songs. Sometimes it works better, sometimes worse. The next album will surely be different again.

IT WILL BE BOMBASTIC! PHAT! EXAGGERATED!

A live album will be released in the near future. What can fans expect from it?

Yves Krismer: It will be bombastic! Huge! Phat! Exaggerated! And thickly applied: butter layers of at least two centimetres. Of course there are many tracks from “No Rhyme No Reason” on it, but also a completely new song. And as always many jams!

What is the concept behind it? Live albums aren’t that common these days.

Yves Krismer: We originally recorded a few normal live recordings, for example in Vienna at Popfest. But they were really bad and could’nt be used. Then we thought about getting things done at the Treibhaus in Innsbruck… But then our bass player had the idea to move the whole thing to the Bergisel Stadium. Without an audience. Pink-Floyd-Style. Based on “Live at Pompeii”. We all thought the idea was very good. The concept was therefore not a very precise goal, but rather developed – but maybe that’s even better!

Speaking of classical bands – a thing I always liked about Mother’s Cake. The impressively dense sound which you manage to create. How did that happen?

Yves Krismer: Play a lot of notes [laughs]. And you definitely need a delay pedal. However, you shouldn’t play all of the notes exactly – otherwise you will sound like Dream Theater. So you have to play tight, of course, but it has to live. That’s the trick.

What is it like for a trio on tour? You spend a lot of time in the vans and touring busses of this world.

Yves Krismer: Every now and then we hate each other, no matter how much we like each other. But then it’s time to go again [laughs]. But we are now also a larger team including driver and sound engineer.

A common comparison for the intensity of a band is that it is similar to a relationship with the other band members.

Yves Krismer: The comparison definitely fits. If you really love someone, you sometimes make a lot of compromises and deal with many things that would not even come to mind. So everyone’s fine. You can’t just look out for yourself and you need to talk to each other a lot. The sore spots should be healed and you keep pulling yourself together. So yes, like in a relationship.

How does the songwriting process work for you as a trio? What has changed in recent years due to professionalization?

Yves Krismer: In the past we didn’t have so much stress. Everyone had a job on the side and the band wasn’t the absolute center of attention regarding the goals they were pursuing. Even though we wanted to be the most brilliant band in the world at that time [laughs]. The pressure was lower at that time, but today we have to keep pushing forward, because we have given up the rest of our lives – and that is reflected in songwriting, of course.

Making music full-time is certainly a blessing in this genre, though, isn’t it?

Yves Krismer: Yeah, sure! I often forget how awesome it is, what we have here. We all know that when things become a daily routine we sometimes forget our happiness. But I notice this again and again when other people get up at 06:00 o’ clock in the morning and go to work. All I have to do is make sounds, go to the rehearsal room and drink a beer once in a while – thats reason to be thankful.

What does the future hold for a full-time musician?

Yves Krismer: We release the live album and a single. As always, we want to play a lot of live music – increasingly in France, England and the East. And writing good songs is of course always the main goal.