Between November 15-17, BUSH is showcasing the best newcomers and upcoming bands from the Eastern European region. For the second time, agents, bands, promoters, festival organisers and music experts will gather for an annual professional and cultural event in the heart of Budapest.

14 countries, 33 concerts, 250 professionals and important music moguls will be showing up on the Eastern European showcase festival in Budapest. Budapest Showcase Hub is the only pop-culture focused showcase festival in Hungary and it is here to heat up the heart of Budapest and the brains of the region’s music industry. The aim of BuSH is to show the vibrant music scene of Eastern Europe in a progressive way and to strengthen the regional market and co-operation by organising workshops, professional panels and talks.

The goal of the creators is to offer a regional Eastern European music experience that will lead to better regional self-recognition opportunities. That is why BuSH 2017 is hosting workshops and speakers, focusing on booking, PR, and showbiz. Some of the topics: 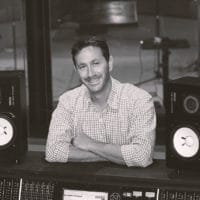 Grammy-Award winning musical producer Matt Lawrence will join the line of speakers in the conference program, talking about the importance of special sound design and how a producer can turn a song into gold. It´s worth to listen since his credits include Adele, Amy Winehouse, Ellie Goulding, Black Eyed Peas, Mumford & Sons, Naughty Boy, Emeli Sande, Robbie Williams, Scissor Sisters, George Michael, The Who, The White Stripes, Lady Gaga, Beyoncé, Paloma Faith and Groove Armada.

Between 15-17 November 33 bands from the Balkans to the Baltics are here to invade the Hungarian capital’s underground clubs and party scenes.

At the opening night on 15th November, Akvárium Klub will not only host the concerts of three great bands – Ivan & The Parazol (HU), Kamp! (PL) and Noëp (EE) – but it is also the kick-off event for the new Eastern European video channel #newkidsfromthebloc, with the big screen premiere of the freshest video contents from the regional music scene.