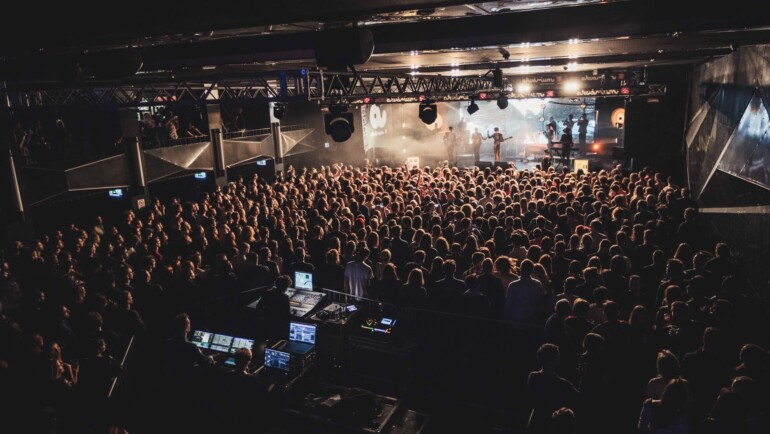 BUSH – Budapest Showcase Hub is a music showcase event and conference focusing on the Eastern European region. The goal of the creators is to offer a regional Eastern European music experience that will lead to better opportunities for regional artists and professionals. In their words it is all about: Gathering, learning, playing. Showcasing artists are selected by music professionals from the region. Bush – Budapest Showcase Hub is taking place from November 13-15, 2019.

According to our 2019 focus countries, Sweden and Hungary, Bush – Budapest Showcase Hub (HU) as well as Viva Sounds (SE) have formed special partnerships with Austria. An Austrian delegation and three acts – Mother’s Cake, Thorsteinn Einarsson and Pressyes – will visit Budapest from November 13-15, 2019. Bush will also feature a “Spotlight on Austria” with dedicated networking opportunities, an Austrian reception and panels during the conference part.

As every year, the selection of showcasing artists was made with the help of the most important music industry professionals of the region. The first round of artist announcements included Perfect Son (PL), Anna Kaneelina (EE) and junior a (LT). At the festival opening on 13 November, the Hungarian band Trillion and the Austrian band Mother’s Cake will perform at the legendary A38 Ship. Vienna based Pressyes will delight the audience with dreamy indie pop whilst charismatic singer-songwriter Thorsteinn Einarsson will impress with strong ballads and simply good rock.

Helping rock with progressive elements find new fields of expression might be one the the musical goals of the Tyrolean band Mother’s Cake. The band likes it loud, powerful, edgy and psychedelic with multifaceted and thoughtfully arranged songs. Since their debut “Creations Finest” (2012) they have released four more albums, including two live albums. Mother´s Cake are touring relentlessly and have performed with artists like Wolfmother, Limp Bizkit, Pentagram, Anathema and Alice in Chains.

@bucovinarockcastle Thank you so much for having us again! It was an honour and we had blast playing amongst bands like @leprousofficial & @tesseractband

Austro-Icelandic singer-songwriter Thorsteinn Einarsson can already look back on very significant achievements: In 2015 he won an Amadeus Austrian Music Award in the category „Songwriter of the year“ for his first hit single “Leya”. His debut album „1;“ [one continued] instantly reached #6 on the Austrian album charts. His much anticipated second album “INGI” was released in May 2019. Thorsteinn describes it as his most personal album. Thorsteinn Einarsson performed at Eurosonic Noorderslag as well as The Great Escape Festival 2019.

Vienna based producer/singer/songwriter PRESSYES has been working on his music in quiet for an extended period. Hidden away from the public’s eyes and ears, sheltered in his studio behind a stash of analog synthesizers, he worked on his vision of summery and sparkly yet psychedelic pop tunes. René Mühlberger – the mastermind behind the band – is driven by the urge to push his own creativity, effectively resisting to fall into patterns and actually living the dreams that billboards try to sell us. His debut album “On the Run” (2018) is an ode to living the dream.

Budapest Showcase Hub 2019 is sponsored and co-organised by the Hangfoglaló Program and HOTS – Hungarian Oncoming Tunes music export agency. The festival will feature 35 performers from the Eastern Bloc and Austria. The fourth edition of BuSH will take place at downtown venues like LÄRM, Fogasház/ Instant, A38, Beat on the Brat, Robot, Toldi, ELLÁTÓház and more.

The Spotlight on Austria at BUSH – Budapest Showcase Hub is supported by the Austrian Cultural Forum Budapest.