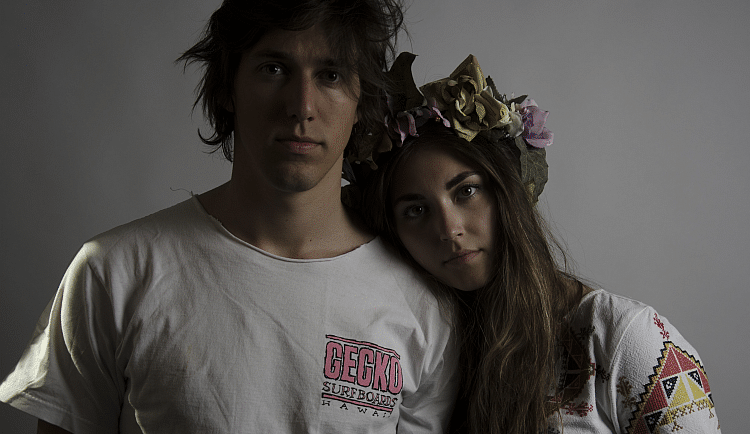 They have toured Australia, worked on a soundtrack for the US TV series “Shameless” and are currently touring the country with Garish. CARI CARI are internationally known, but in Austria they are still an insiders´ tip.

It’s not easy to get hyped in Austria. But that was never the goal of Cari Cari. From the very beginning they have set their eyes on the international stage. Stephanie Widmer and Alexander Köck founded the band together because they wanted to get their music in a film from Quentin Tarantino. A huge goal, that they hopefully will achieve. Because their music is tailor made for the atmospheric imagery of the director. Right now they are on tour with the Austrian band Garish, with whom they produced a cover of the Marlene Dietrich song “Sag mir, wo die Blumen sind”.

Anyone who has seen the band live knows that Stephanie Widmer is a multi-talent. Whether didgeridoo, synthesiser, juice harp, or vocals, she can play it, and play it well. Alexander Köck on the other hand provides the laid back mood as he swings his hips while playing bass guitar. Musically the duo conjures up American country mixed with rock with the addition of Stephanie’s deep and sensual voice. They don’t have an album yet, but they do have some singles that speak for themselves. The duo sees their music as a soundtrack for atmospheric films, not just from Tarantino (who they dedicated a track to) but also films like “The Dark Valley”.

Not many bands manage to hit the international stage from the very beginning. But Cari Cari have done it their way. First taking on the world, and then Austria. Their single “White Line Fever” was licensed for the series “Shameless”, they have done a no-budget tour of Australia (a documentary is in the works) and their songs have been praised in blogs and online magazines. What more could a band want? The DIY band really do it all themselves, they are sympathetic and full of energy and, who knows, maybe they will be the next rising stars in Austria. With Stephanies voice and Alexanders stage presence the world is their oyster. We can only hope that their songs will show up in some future Tarantino film.