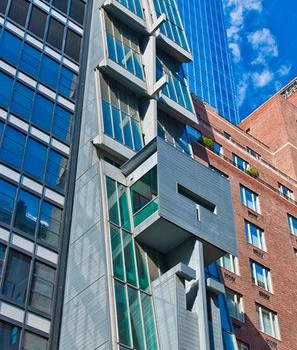 The year 2012 marks the 10th anniversary of the opening of the Austrian Cultural Forum’s landmark midtown building, which was designed by the late Raimund Abraham, as what Herbert Muschamp of the New York Times called a “lucidly rational modern glass tower” that provides a “gateway into the tradition of modernity associated with Vienna at the turn of the last century.” A host of different events and series throughout the year commemorate these past ten years on many different levels.

Ten concerts featuring newly commissioned works and dedications by contemporary composers form the musical focal point of these special anniversary programs. While most of the featured composers are Austrian, the performers are renowned Austrian and American contemporary ensembles, such as Klangforum, Talea Ensemble, ICE Ensemble, and the JACK Quartet.

The ten concerts, which take place throughout the year, reflect the gateway to modernity associated with Austria in the ten years following this most recent turn of the century. Another highlight of the anniversary concert series, which is co-presented & supported by the Austrian Federal Ministry for Education, Arts and Culture features six young Austrian electronic artists and composers – such as Dorian Concept, Rupert Huber, Bernhard Fleischmann, and Wolfgang Mitterer – all of whom are being featured at the ACFNY as well as in NYC clubs throughout the year.

The Austrian Cultural Forum is pleased to present this concert by Austrian electronic musicians Christina Nemec, aka Chra, and Patricia Enigl, aka Irradiation, as part of its special 10-year anniversary series of programs. 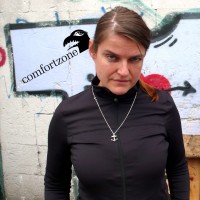 Christina Nemec – aka Chra – will perform a mix of tracks from her forthcoming album, shopping with violence (label: comfortzone, spring 2013), on a laptop and synthesizers. She will also be featuring a newly commissioned work, you don’t need a driver’s license to like cars, a 7-minute long repetitive miniature about progress and stagnancy. Chra travelled through 15 countries in South America and Europe to explore and make field recordings of traffic, people, construction work, animals, waves, etc. For this performance, Chra will experiment with low frequencies and noise-effects, sinuswaves processed through tape recorders and analogue and digital tools, to create her multi-layered worlds of sound.
Link: www.comfortzonemusic.com/chra 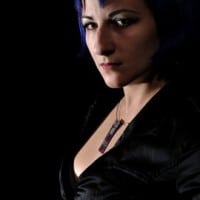 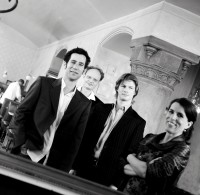 The anniversary concert series continues with this performance by acclaimed Vienna-based Hugo Wolf Quartet, who are frequent guests at the Austrian Cultural Forum New York. This concert will feature the world premiere of a commissioned composition by Austrian composer Manuela Kerer, as well as the world premiere of a composition by Gabriel Iranyi – both of which are dedicated to the Hugo Wolf Quartet.

Manuela Kerer: seelenblitz (Soul-flash), String quartet (2012) – world premiere
For Manuela Kerer one of the most wonderful sounds to ever exist, is the sound of laughter. Drawing inspiration from the various facets of this phenomenon, she translated it into her abstract musical language. This string quartet is the third in a cycle about different human fields of perception. Thus the preceding string quartet monddüne (moon-dune, 2009) deals with sleep and the string quartet geheimniswiege (mystery-cradle, 2011/2012) with visual perception.

“seelenblitz (soul-flash) is dedicated to the Hugo Wolf Quartet, who bring the soul to laughter with their splendid sounds!” – Manuela Kerer

LIED – THE ART OF SONG | CONCERT 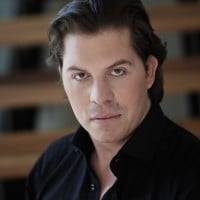 The Austrian Cultural Forum is pleased to present young Austrian baritone Daniel Serafin in concert, with a Lied recital titled: “Verboten und Verbannt – Persecuted Composers and Music”. The evening’s program will feature songs by Mendelssohn, Meyerbeer, Zemlinsky, Zeisl, Schoenberg, and Mahler; Serafin will go on to perform concerts in Los Angeles, Vienna, and Tel Aviv. Jasna Popovic, whose June concert at the ACFNY was a resounding success, will be accompanying him on the piano. 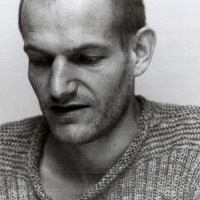 Wolfgang Mitterer is constantly breaking rules: He combines contrasting and seemingly contradictory elements, such as composition and improvisation, jazz and contemporary music, classical music and pop, acoustic instruments and electronic samples. If you listen closely to his acoustic world, you will encounter unexpected sound explosions, rapidly ascending sequences, a single flute, grunting pigs, as well as softly pulsating soundscapes and tentatively evolving melodies.

Mitterer is convinced that musicians should not think about what they have to do, but what they are permitted to play. Improvisation becomes an integral part of composition. But at the same time, sounds that have grown from older pieces are integrated into new compositions and improvisations as samples (electronically altered, or not) in order to reemerge as brand new entities. One piece flows directly into another.

Wolfgang Mitterer has been developing this piece continuously since the 1980s. The combination of prepared piano tones and electronic sounds, performed on a keyboard and analog instruments, results in a coloful sound-cosmos, which the composer assembles live to form a cohesive piece. 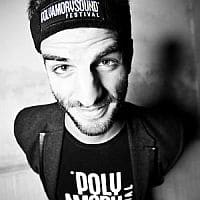 The Austrian Cultural Forum is pleased to present an evening of young Austrian jazz, with a rare NYC appearance by the prolific bassist Lukas Kranzelbinder and his quartet project, titled Lukas im Dorf(Lukas in the village).

Young Austrian bassist Lukas Kranzelbinder and Jure Pukl, Phil Yaeger, and Max Andrzejewski are part of the highly respected young Austrian jazz scene. Founded in the context of the JazzWerkstatt Wien, the quartet’s music is emblematic of the quality that the Vienna scene is known for: a love of experimentation and a departure from traditional forms of playing. Anyone familiar with their projects will know that their work focuses on the high art of improvisation. Dedicated to breaking down the walls between musical genres, their compositions represent points of departure for fluid, ever-changing musical landscapes. The music is natural, vital . . . like a fresh breeze blowing through dusty ears.