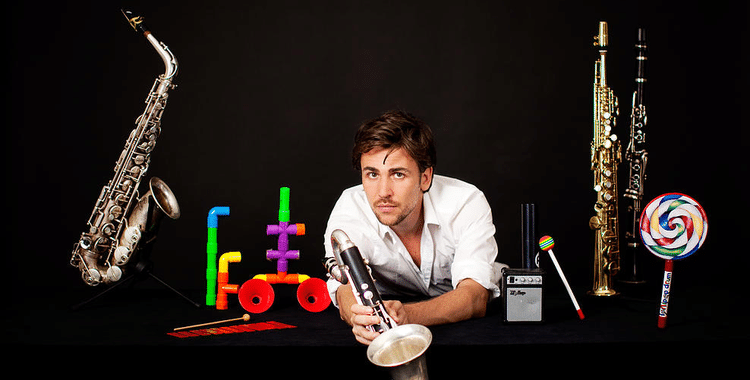 CHRISTOPH PEPE AUER took some time for his new album – seven years have passed since his last solo output. Apart from being involved in various projects and playing a lot of live concerts, working as the boss of the record label Session Work Records seems to have been a bit more labor-intensive than initially expected. Now back with new material, the Tyrolean musician’s album “Songs I Like” serves up an eclectic menu of sonic delicacies.

“I tried to make a record that I myself would want to play and listen to,” says Christoph Pepe Auer in a mica – music austria interview.

First things first: Christoph Pepe Auer is the real deal. Although his last solo release has been a while ago, the skilled bass clarinetist never ceases to amaze with his craft and the complexity of his music. “Songs I Like” is packed to the brim with tracks that are a true testament to the musician’s virtuosic powers and meticulous attention to detail. Every tone, every beat, every melody, every experimental sequence is carefully placed and fulfills a special purpose that contributes to an atmospheric whole. Moving along the lines of jazz, pop, electronic and chamber music, Christoph Pepe Auer creates his own impressive sound universe that shimmers in a variety of colors.

The album has a lot of everything: intense and spine-tingling moments that move you to the core (“Chokladkaka”, “Session Work Song”), as well as complex and driving songs that take you on a suspenseful thrill ride (“Warming Up On A Bass Clarinet”, “One Moment of Sight”). Then again, some of the tracks are quite playful and catchy (“90s Therapy II”), or infused with a world music touch (“Mbira”, “Nebensonnen”).

Overall, the new album solidifies Christoph Pepe Auer’s standing in the Austrian music pantheon and was well worth the wait.