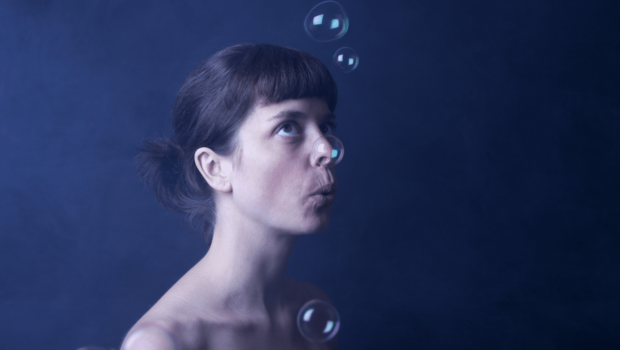 Having played a solo show for Soundpark Austria in London before, Amadeus-Award winning singer-songwriter Clara Luzia returns for a stint of two dates plus a radio session. BBC 6Music stalwart Marc Riley, who has been playing tracks from Clara’s latest album “We Are Fish” on his show regularly, invited Clara to come to his studio in Salford and play a live session with her full four-piece band. After that Clara & Co will be travelling down to London to support She Makes War at the launch of their new single, before heading off to Bristol for an in-store appearance at independent shop Rise and a headline appearance at the Exchange.

Clara Luzia’s is one of the most original voices to emerge from the burgeoning Austrian singer-songwriter scene in the last ten years, not least thanks to her gift to combine a catchy tune with an unusual arrangement, and to write topical songs in a truly international idiom (rather than a wobbly translation, as is so often the case with non-native English songwriting). To be picked by Marc Riley for a session is no mean achievement for somebody who doesn’t even have a British record label to back them up (Clara’s records are released on her own label Asinella Records). Here’s hoping we might get to hear a lot more of her around these parts in the future.