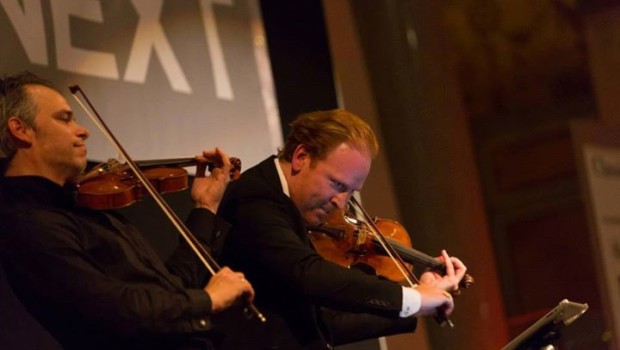 With a 25% increase in the number of attendees at its second edition 2013, Classical:NEXT has firmly established itself as the top international meeting for classical and art music. More than 950 attendees from 40 countries and representing 500 companies plus more than 100 performing artists came to the new host city Vienna between 29 May and 01 June this year. The event comprised a bustling expo, a well-attended conference, a public showcase festival and a film screening programme. Highlights of this multifaceted event included a keynote speech and opening performance by world-renowned violinist Daniel Hope; performances by pianist Ivan Ilić, Living Room in London and composer Gabriel Prokofiev; as well as enthralling conference sessions with speakers from Spotify, Carnegie Hall, the Sage Gateshead, and the Association of Asia-Pacific Region Orchestras, among others.

The 2014 edition will again take place in the classical music city of Vienna from Wednesday 14 May until Saturday 17 May 2014. The main venue will again be the Austrian Museum of Applied Arts (MAK) in Vienna. Classical:NEXT producer WOMEX will also team up in 2014 with their local partner ClassicalPartnersVienna, whose spokesman Frank Stahmer enthuses: “We are very happy that the classical music capital of Vienna and ourselves can contribute to the success of the forum again.” The event was successfully rooted deep in the local scene, with 200 Austrian classical music professionals attending the expo and hundreds of music-lovers enjoying the concerts of the public Classical:NEXT Festival. Overall, the feedback from the Classical:NEXT delegates on the new host city Vienna, visitor-friendly and world-famous for its musical tradition, was extremely positive.

Jennifer Dautermann, director of Classical:NEXT, underlines: “We are very, very pleased about the development of our work-in-progress. Already in this second edition, our goals for the fully-mature version are clearly visible: a better balance in sector attendance, showcases with a wide range of “next” approaches and vastly increased pro-activity from international professionals. The word is getting through that Classical:NEXT is here for professionals to shape and to make it their own.“

With its fresh and adventurous programme, selected by an independent international jury, Classical:NEXT attracts innovators from all sectors of the classical music world. The 2013 conference featured more than 20 hours of interactive sessions and in-depth discussions on burning issues of the various sectors, which were held and hosted by 40 internationally- acclaimed speakers from 18 countries: John Kieser of San Francisco Symphony; Naomi Grabel, director of marketing and creative services at Carnegie Hall; William Hope, director of label relations at Spotify; Stephan Steigleder of Deutsche Grammophon and Marshall Marcus, CEO of the European Union Youth Orchestra and Chairman of Sistema Europe (European network of the world-famous youth music education initiative) and many more.

The 8 live showcases as well as the off C:N showcases and the video and film screenings introduced a broad spectrum of projects with new approaches on how to perform and disseminate classical music. Highlights were a spontaneous duo of keynote speaker Daniel Hope with his fellow violinist Benjamin Schmid at the opening night, as well as the appearances of Living Room in London, Ivan Ilić or the Korean Kayageum Trio at the Porgy & Bess showcase venue.

About Classical:NEXT
Classical:NEXT is an international professionals’ forum for all sectors of the classical music industry. The networking event includes an expo and a conference, as well as showcase concerts and video screenings. Classical:NEXT, is initiated by CLASS – Association of Classical Independents in Germany eV (www.class-germany.de), and produced by piranha WOMEX, who have been running the music fair WOMEX – the world music expo – annually since 1994 (www.womex.com). Local partner are ClassicalPartners Vienna (Mario Rossori, Heinrich Schläfer and Frank Stahmer).