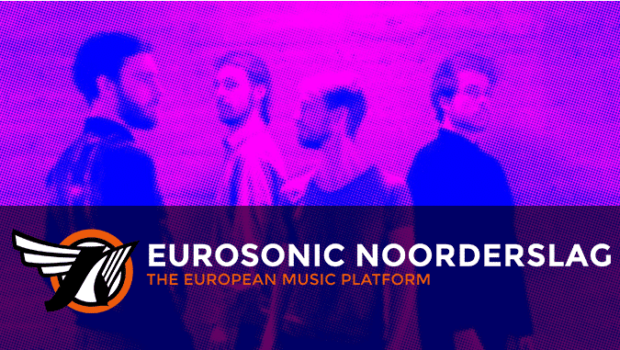 Each new year starts with the first official gathering of the music industry at Eurosonic Nooderslag, Europe’s most significant showcase festival. Festival organizers, music promoters and pop experts from all over Europe come together to get an idea of the latest music trends and newest promising acts romping around the continent.

With a lot of good talent to go around, it is a great honor to be selected as the country’s musical representative and a huge opportunity to showcase in front of so many industry professionals. The band GODS is all set to take the international music world by storm and so it comes as no surprise that they were chosen to perform at Eurosonic Noorderslag 2015. Congratulations!

GODS is the band formerly known as Bensh. Now mainly based in Berlin and London, the four musicians have moved past the music of Bensh and as the new GODS have formed a strong vision for their new band and art collective, playing with the boundaries of alternative synth pop, electronic music and a wide spectrum of artistic and thematic influences. Their songs about love, war, sex, fear, hope and self destruction are reflections of the disintegration and change surrounding us. The release of the eponymous debut album GODS is due early 2015 (Wohnzimmer Records).

The first official single “Unnatural” presents the album’s main themes woven into a deceptively upbeat synth pop tune centered on the lingering hook ‘why does it taste so unnatural?’. The video for “Unnatural” was produced in collaboration with Berlin based Colombian graphic art group La Loma.

Performing live, GODS – Sion Trefor, Benshi Yo, Eli Candolini and Severin Zoolord – present a dense, energetic show with a tight set of synthesizers, percussion and guitar. GODS will premiere their new songs for the first time on stage at their Eurosonic Nooderslag showcase in Groningen on January 15, 2015.