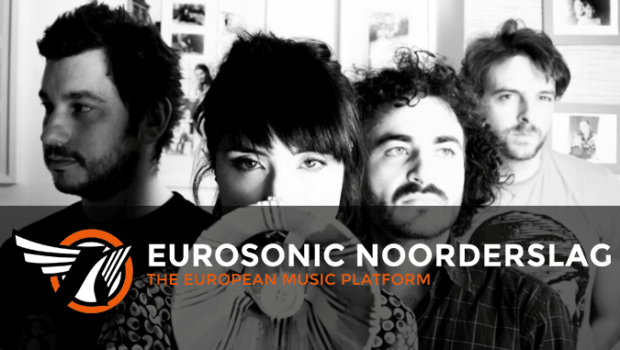 Everyone in the European music industry knows that each new year kicks off with Eurosonic Nooderslag, Europe’s most significant showcase festival, taking place in the Dutch city of Groningen in January. Festival organizers, music promoters and pop experts from all over Europe come together to get an idea of the latest music trends and newest promising acts romping around the continent.

With a lot of good talent around, it is a great honor to be selected as the country’s musical representative and a huge opportunity to showcase in front of so many industry professionals.

The band Moonlight Breakfast is all set to take the international music world by storm and so it comes as no surprise that they were chosen to perform at Eurosonic Noorderslag 2015. Congratulations!

Moonlight Breakfast is a band originally from Romania that is now partially based in Vienna and ready to conquer the international scene. With its feel good vibes and positive message, the band has already made a name for itself by playing a number of high profile gigs throughout Europe and around the world.

One of the first performances in the band’s history was opening for Jamiroquai, playing in front of a crowd of 35.000 in Bucharest. Thanks to their infectious performance, they were able to win over the audience and it has been pretty much smooth sailing from then on. Since then they have opened for Hurts and Macy Gray in Vienna, they were voted „Best Band“ by Elle Magazine in Romania and even played the closing ceremony at the winter Olympic Games 2014 in Sochi. All of this without even having an official release.

In the meantime they have signed with the record label Motor Music and their song “Shout” has been selected for the new FORD commercial. Another of their songs is featured in the current KIA TV spot.

Following the release of their debut album “Shout”, which was just put out in September 2014, their fan base on Facebook has grown tremendously and their most seen video “No More” on YouTube has been viewed over 620,000 times.

There is no question about it, this band is poised to rocket its way to the top and is moving full-speed ahead.