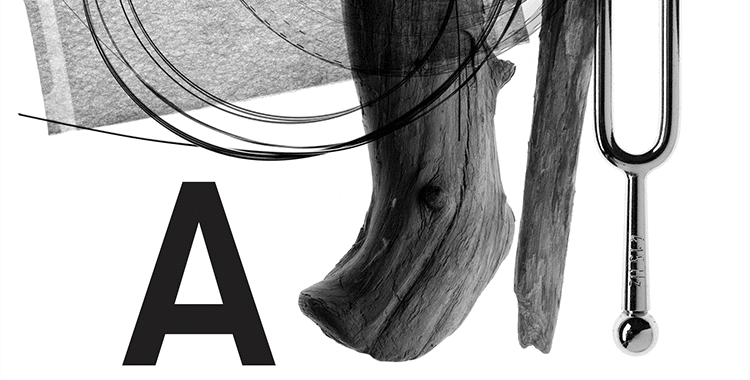 “Only what you really love, can be really communicated,” said Markus Hinterhäuser in a mica-interview about the concept of the concert program of the Salzburg Festival, which is considered as the oldest festival of the country and has been given a breath of fresh air by the pianist and cultural manager. With the thematic combination of traditional concert repertoire and new compositions, the declared conservative audience was brought into contact with composers such as Salvatore Sciarrino, Wolfgang Rihm and other contemporaries – and instead of complaining about the inaccessibility of the new, the music assemblage was extremely well received by the public and the media.

As an exception in the Austrian festival scene, several event series decidedly specialize in contemporary  music in a separate program. By definition, these festivals of old and contemporary music break away from the ordinary and often include lavish productions. While contemporary music only plays a minor role in the standard concert realm, there are a number of festivals throughout the year and across the country that highlight the contemporary music scene.

First off, the major players of the scene: An intense dose of contemporary music is provided at the Wien Modern Festival, which was first launched in 1988 by Claudio Abbado and offers three weeks of different emphases on individual composers and is almost exclusively devoted to contemporary music. The Vienna-based festival not only has a lot to offer in terms of quantity; under the direction of Berno Odo Polzer, who significantly influenced the Wien Modern Festival in the first decade of the new millennium, the festival venues Konzerthaus and the Musikverein have been extended with new locations such as the Schömer-Haus, the Semper Depot, as well as various clubs and cinemas – this has been accompanied by the inclusion of other genres such as improvisation and popular forms. The festival also features the annually awarded Erste Bank Composition Prize, where a composer is honoured with a performance of his or her new work by the Klangforum Wien, making the composition more accessible to a broader audience with a recording released by the record label Kairo, and the prospect of further performances of the composition – this support is  based on sustainability for mainly young composers and has often proven to be visionary under the curator Lothar Knessl.

The West of the country is also very devoted to contemporary music. Since 1994,  the festival Klangspuren in the Tyrolean town Schwaz has been consistently providing the audience with contemporary music and breaking the realms of traditional concert forms. Wandering from one listening station to the next, contemporary music can be heard in churches or various other locations and visitors can thereby talk to the composers about their approach to music while collecting mushrooms. In the era of Peter Paul Kainrath, which ended with the 2012 season, respective focus countries were a major point of reference. The festival also sees itself as a platform for young composers and bold projects, which include various mediation projects. At the International Ensemble Modern Academy musicians get the opportunity to work on key compositions of the 20th to and 21 Century with the respective composer in residence, including works by great composers such as György Ligeti and Helmut Lachenmann. To make contemporary music accessible for young audiences, the project Klangspuren Mobil brings all kinds of instruments to schools and helps children test different ways of sound production. The project Klangspuren Barfuss brings awareness to the musical sounds of everyday life and directs the whole attention to listening.

Other festivals in the Central Alps have also been able to secure a spot in the local festival scene: Dedicated to interdisciplinary art forms and styles, the Osterfestival Tirol moves from the Renaissance to the present day and brings music, dance and film of international standing to Innsbruck and the surrounding small towns. The performance situations also range from classical concerts to events in public space. Concentrated on one venue and exclusively contemporary music in its diverse performing variations is the Festival Musik im Riesen, situated in the Swarovski Crystal Worlds in Wattens and led by the composer and pianist Thomas Larcher. The festivals Avantgarde Tirol and the Bludenzer Tagen Zeitgemäßer Musik provide the West of the country with music beyond the contemporary-mainstream. Besides the lucrative opera performances on the Floating Stage of the Bregenz Festival,  the festival in Bregenz offers a home for contemporary music with the event series “Kunst aus der Zeit” and dedicates itself to the work of young Austrian composers as well as composers of a guest country, while also enriching the program with interdisciplinary productions. Operas are also the centre of attention at the Tyrolean Festival Erl – with a special focus on the work of Richard Wagner, however the festival in the mountainous idyll also features contemporary and world music.

Halfway between West and East, the Mozart city Salzburg has been able to establish a remarkable contemporary music festival scene: the Aspekte Salzburg, founded in 1977, focuses on rarely performed repertoire of the 20th and 21st century and provides performance opportunities for young composers and performers. While also paying tribute to international creations, important partners of the festival are represented by local artists, such as the oesterreichische ensemble für neue musik.  In addition to the Aspekte Salzburg festival, the Biennale Salzburg was launched in 2009 – spanning the globe, the first program presented four composers from three different continents. Proving how well contemporary music works in combination with classical music is the Salzburg Mozart Week, which features numerous compositions ranging from Mozart to contemporary composers. An equally unusual and intimate way to interact with composers and musicians is the Composers’ Forum Mittersill: guests of different styles and genres, mostly offside the usual, are invited to the final resting place of Anton Webern in the Salzburg mountains to develop new compositions with the ensemble in residence and other colleagues. The artistic part in combination with events at the village’s school is complemented by theoretical discussions in a symposium.

Besides sun and lakes, Carinthia offers several good reasons to visit, as proven by the festival Carinthian Summer. The festival has become known for its church operas, which are commissioned by the director Thomas Daniel Schlee and premiered in a religious setting. The festival also focuses on a program for children and thus always features concerts for young audiences in Ossiach. Since 1991 the small festival EXPAN in Spittal an der Drau invites composers to write music for school students and professional musicians. Viktring/Klagenfurt is the setting of the annual festival Musikforum Viktring, which primarily offers instrumental lessons, but also hosts the Gustav Mahler Composition Prize. The awarded compositions are premiered as part of the festival.

The journey through the Austrian festival landscape leads to Styria, where the musikprotokoll at the Styrian Autumn festival has been a focal point of contemporary music connoisseurs for over four decades. Starting with large-scale performances by the ORF Radio Symphony Orchestra or the Klangforum Wien in a traditional framework, the broadcasted festival ranges from smaller ensemble concerts to performance situations in unusual settings and spans a musical network over the country’s second largest city for an extended weekend. Dedicated to the experimental areas of contemporary music is the V:NM Festival, which takes place every other year and is organized by the eponymous association for contemporary music – especially in the field of improvisation and often in combination with electronic means, the performances are always a unique experience. The town Mürzzuschlag, situated on the southern railroad of the country, is probably only known to sworn followers of the contemporary music scene. There the institution kunsthaus mürz has been standing up for contemporary art of all genres since the 1970s. Even then it was able to win over Hans Werner Henze and introduce many young interested people – among them Olga Neuwirth – to contemporary music. Up to this day, the there located brückenfestival gathers renowned musicians to perform contemporary repertoire.

The circle closes with several festivals in Lower Austria. Around Easter time in the Klangraum Krems, different cultures and styles coincide at the festival Imago Dei, thereby defying usual concert scenarios with performances in churches and ships. Unlike other festivals, the artistic director Jo Aichinger not only had a significant impact on the festival, but also made it a point to annually nominate an artist in residence, who is responsible for an own thematic focus in the program. Proving that the list of contemporary music festivals is far from finished is the Music Festival Grafenegg, founded in 2007 by Rudolf Buchbinder. Situated in the grand setting of the eponymous castle, the program mainly features highlights of the classic canon combined with compositions of a composer in residence, who also leads a compositional workshop for younger colleagues.

Distributed over the year, the numerous festivals across the country consistently offer the opportunity to experience contemporary music in a variety of contexts – may it be purely musical, in combination with other styles and art forms, in the city or the countryside, for young and old, in traditional concerts or unusual locations. Beyond the ordinary, each festival shows a unique approach and offers various ways of getting acquainted with contemporary music and its diverse forms.