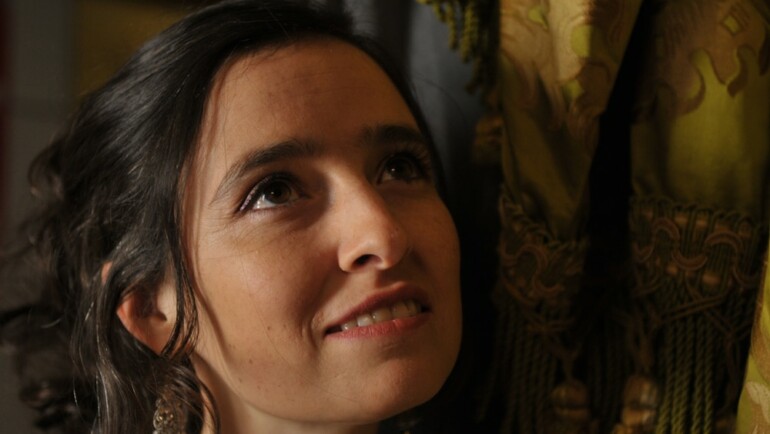 The Latin-American music scene in Vienna is as varied as the continent they come from: singers and instrumentalists from everywhere have ended up in Vienna – from Brazil and Mexico as well as from the Dominican Republic and Argentina. What was the impulse that inspired musicians to leave their homeland and to try their musical luck in a foreign country? Why the Copa Kagrana instead of the Copa Cabana? Celia Maria, Carla Natascha, The Palomita Show – the first search for clues begins in the internet. An introductory shred of information: approximately 7.000 Latin-Americans live in Vienna, a few as musicians, but many work normal jobs in the service sector. Mexican tenor Ramon Vargas lives in Vienna as the only current music superstar, but also “Los Mariacha Negros” a genuine Mariachi band since the beginning of the 1990s who have gathered together musicians from Austria, Latin-America, and Asia.

“It is very inspiring to live in Vienna, the city of music” (Daniel Mesquita)

Restaurants such as Neruda and Floridita are places where Latin-American music is celebrated. Platforms such as Latino TV or culturalatina.at are dedicated completely to Latin-American culture in Vienna. “Such platforms are important because they show that there are people who want to create and to produce something” said Gustavo Petek, an Argentinian electronic musician who is the first of my interview partners. He has lived here for five years and thinks Vienna is “thrilling.” Petek came to Vienna because his grandparents once emigrated from Austria and he wanted to learn more about this country. Within the framework of his electronic project Traspié he focuses musically on the Tango. “I do not know the Latino scene in Vienna very well but nationalities are not important for me. At the moment I am playing with musicians from Austria, Poland and Brazil,” explained Petek and points out an aspect that will be shown to be common with all the Latino musicians I interviewed: the internationalism and multiculturalism. In 2016 he plans to create a performance piece and to record a single with the Austrian singer Magdalena Piatti.

The singer, band leader, songwriter and percussionist José Ritmo is from the Dominican Republic. He has been actually a world traveller because before he came to Austria he has lived in France, Spain, Portugal, Puerto Rico and many other places. Today he plays with musicians from the entire world – from Latin-America as well as from Europe and the United States of America: “I like the multicultural mixture in my band, that is exactly like the multicultural city of Vienna.” Starting his career here would not have been all that difficult according to Ritmo. Audiences are very open to music from Latin-America. However, his first steps toward a musical career were on the other hand not as easy. “When I started making music it was not looked upon as a serious vocation. My parents did not want me to become a musician. But making music is my passion, my food and nourishment. Today I live in Vienna, a center of music!” 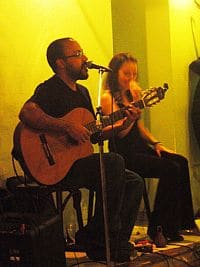 Because of his family Ritmo plans to stay here, and in the meantime he has received an Austrian passport and does not plan to move back to the Caribbean anytime soon, although he does qualify that by saying “All Latin-American musicians have the dream of returning someday to their homeland. The possibility is always there, you just don’t know when.” This is confirmed and supported by the successful singer Paula Barembuem from Argentina, who a few days later is giving a concert with the Brazilian guitarist Daniel Mesquita. She does not want to return to South America just yet. “Although I have experienced many moments when I wanted to” admits Barembuem, who originally only planned to stay in Austria for six months. The plan has now become thirteen years. “Now I need both: my life in Vienna and I need the contemporary scene in Argentina, where I play when I am there.” In this way a transatlantic cultural exchange takes place over an extended time and as a natural matter of course.

In order to showcase and demonstrate their lively multiculturalism, Mesquita & Barembuem are playing this night in the African restaurant Sagya. Musically they also have combined “Estrada de Canindé“ and the Austrian Traditional ”In die Berg bin i gern“ to create a successful Crossover work. On their CD “Agua” produced in 2014 both of them mixed together Antonio Jobims „Samba do Avião“ and the Wienerlied „Mei Muatterl war a Weanerin“ into a medley. “In the meantime we have found many similarities and common ground between Latin-America and Europe. The forms of expression may be different but the emotions are the same,” says Paula Barembuem. Melodies from Latin-America are combined with texts from Austria without any reticence and they express a unique and very personal Diaspora.

Also Barembuem’s band partner Daniel Mesquita, who comes form northeast Brazil, is happy living in Vienna: “I am very grateful for it and it is very inspiring for me to live in Vienna, the city of music. In addition to all the classical music, there is also a great deal of Pop music being made.”

”I belong to the group – I say unfortunately – of “cool” foreigners.” (Paula Barembuem)

Paula Barembuem studied singing here because Vienna still enjoys a good reputation as the city of music by the rest of the world. Establishing herself here was relatively easy for her: “I belong to the group – I say unfortunately – of “cool” foreigners.” Latin-Americans have always been accepted and popular, she has never felt discrimination, and she sees now that the feeling of being a foreigner that she felt at the beginning of her career, was an advantage: “What I do is exotic. But on the other hand, one must see and accept the cliches. It was very difficult for me to get away from Tango because I am Argentinian.” Trying to get away from these cliches is also for Daniel Mesquita the greatest challenge for musicians with a migration background. What that means specifically for him, Mesquita describes in this way: “I can play many different kinds of music. I do not live in Vienna in order to only play Brazilian music.”

Even among the Latinos who live here in exile, they believe one must only play music from one’s own homeland explained Paula Barembuem. She finds this to be rather boring. More interesting for her is to collaborate with musicians in Vienna from other regions of the world, for example the Balkan states. Therefore Barembuem & Mesquita sometimes play with the Wladigeroff Brothers from Bulgaria and very often with the Brazilian percussionist Luis Ribeiro, who also lives in Vienna and has already enjoyed great successes with the group Dobrek Bistro.

The musicians from the band Garufa! also were intrigued by the good reputation of Vienna, the city of music. Alejandro (Venezuela) and Nacho (Uruguay) both studied classical music in Vienna. Nacho’s instrument is the guitar: “The beginning here was very difficult, especially because of the language and because of the cultural differences.” Today he knows that he does not want to be seen as a South American musician – even though he has oriented himself musically back toward his Latin-American roots. “In Vienna there are many possibilities for musicians but also a great deal of competition. One must constantly improve and develop.” explains Nacho. For the violinist Alejandro, Vienna is the “perfect city for a freelance musician.” Although he came here because of the classical music, he can now choose between Jazz, African, classical and Crossover. And since in Latin-America, from Patagonia all the way to the Caribbean, such a wide range of music styles are offered – from Tango and Salsa to Mariachi-Musik and Cumbia – every musician must find a place musically for himself, says Alejandro. Garufa! have achieved that, by integrating humor into their presentations and combining classical music with Latin-American influences. For example, the band developed an entertaining Christmas program with the title „Nadvidad Mucho Caliente.“ Alejandro, whose grandparents emigrated from Italy to South America, finds “that the Latin-Americans hold closer together in Vienna than in other European countries, such as Spain, where simply many more Latin-Americans live.”

Similar is the view of guitarist Daniel Mesquita – particularly in relation to his former homeland: “The Brazilian musicians who I know here all work together. It is not a divided group between themselves.”
And one notices another thing in common: the Latin-American musicians who live in Vienna also stay in motion. Thereby showing by their life paths and by example that culture and those who create it must equally remain in motion in order to further develop. Celia Mara was on tour during this report, in Vietnam with Alegre Corrêa, who has already left his definitive mark on the Viennese Jazz scene for over fifteen years and now lives again back in his former homeland of Brazil – in November of 2104, music led him back to Vienna for a concert in the jazz club Porgy & Bess. 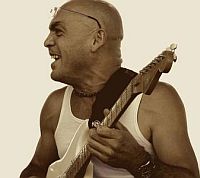 The Latin-American musicians who live in Vienna present themselves as a heterogeneous but extremely creative group where nationality no longer plays a role, and within which international collaborations can happen. Only one thing about Vienna bothers Alejandro from Garufa!: “The weather! Especially in November when it gets grey and cold!” What may help may be to take and follow his own band’s concept of humor – mixed with Latin-American music – Tango, Salsa, Merengue, Cha-Cha-Cha… or simply: Baila!