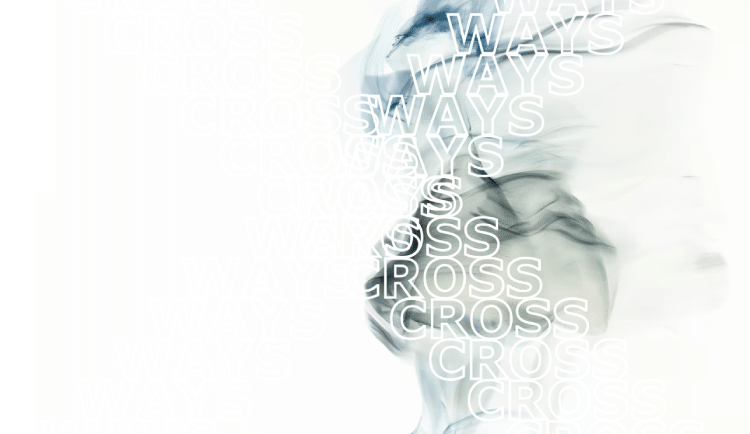 A milestone in the local dance and music scene was the premiere of “Maschinenhalle #1“. This collaboration between choreographer Christine Gaigg, composer Bernhard Lang, musician and media artist Winfried Ritsch and Philipp Harnoncourt on lighting, opened the steirischer herbst festival in September 2010. Central elements of the piece are twelve stations, each consisting of a sound plate and an automaton piano, which are played on by a dancer – literally, by dancing. The movements on the wired sound plate were picked up and transferred to the keys of the automaton piano. The music was created indirectly and was generated by the dancing bodies. In its uniqueness, “Machine Hall #1” was also presented as part of the worldwide competition Music Theatre Now.

This even collaboration of the artists involved, represents a stroke of luck that was already preceded by a collaboration between Lang and Gaigg for the so-called “Trike” series. The method of sampling and looping, inherent to Bernhard Lang’s music, is revealed here as a playful togetherness and juxtaposition of human and machine repetition. A constant circulation of hierarchy, dominance and control emerges. The question arises: who controls whom? The work series made its way through the festival events and wrote itself into music history: an early version, “V-Trike,” premiered in 2008 as part of musikprotokoll. A later version, “TrikeDoubleThree,” found its way into the so-called “Orchestra Miniatures” of the RSO Vienna as a co-production of Tanzquartier Wien and Wien Modern. This event functioned as an important meeting zone for the respective independently acting scenes of contemporary music and contemporary dance.

Today, Austrian composer Bernhard Lang is internationally known for his loop technique and remixing of classical music and opera material. His highly acclaimed works here include “I hate Mozart” in the Mozart Year 2006, as well as a reinterpretation of Richard Wagner’s “Parsifal” directed by visual artist and enfant terrible Jonathan Meese as part of the Wiener Festwochen 2017.

The “orchestral miniatures” recently mentioned on the occasion of the 40th anniversary of the ORF Radio Symphony Orchestra Vienna, culminated in 2011 in the “Pieces of Movement for Orchestra”. Over a hundred Austrian composers donated orchestral miniatures to the RSO for this occasion, some of them written especially for the occasion. These were staged by the most internationally prominent choreographers working in Austria at the time – Claudia Bosse, Christine Gaigg, Chris Haring, Anne Juren and Paul Wenninger – each in their own individual choreographic styles. The premiere took place in 2011 at the Tanzquartier Wien. A closer look reveals that in the following years there were more productions in which the above-mentioned choreographers entered into collaborations with contemporary composers, whom they presumably got to know in the course of the event. These will be traced throughout the remainder of this article. Both Wien Modern and Tanzquartier Wien act as important pioneering partners in this process.

As well, in 2011, choreographer Anne Juren, visual artist Roland Rauschmeier and composer Johannes Maria Staud ventured on a wild ride through the epochs of art history. They were introduced to each other by the artistic directors at that time, Walter Heun (Tanzquartier) and Matthias Lošek (Wien Modern). In “Tableaux Vivants” they whirl the epochs wildly in order to reassemble them – starting with the caves of Lascaux. Here the images also dance on stage: “The images come to life, get arms and legs, become individuals or turn into video screens. Mysterious figures, men and women become puppets, sculptures, tableaux vivants, living images.” (tanz.at)

The “Tableaux Vivants” were interpreted by Ensemble PHACE. As far as the production process is concerned, conventions were also broken here. Composer Johannes Maria Staud describes this in his statement about the collaboration as follows:

“It became clear to me […] very soon that it is not a matter of letting my music run chronologically. After all, this is not a concert evening that has to function solely according to musical criteria, but rather a thoroughly composed, cross-disciplinary Gesamtkunstwerk, in which the sum of the building blocks is more important than their individual parts. And since my music is in constant interaction with the other forms of expression, dance, performance and visual art, I have decided, in the sense of a dramaturgy (quite specific to Tableaux Vivants), to radically break up the works used, to take them apart, to create new cross-connections and, surprisingly for myself as well, to reassemble and combine them anew.” (universaledition.com) Much of the work, he says, came about in response to long conversations with Anne Juren and Roland Rauschmeier: “The ‘democratic’ culture of discussion in this collaboration was more than beneficial for a composer who is, after all, used to the often strictly hierarchically organized musical world.”

To this day, both sides are very happy with the result.

Along with Olga Neuwirth and Johanna Doderer, Johannes Maria Staud is one of those contemporary composers who have been commissioned by the Vienna State Opera (“Die Weiden,” 2018). Staud repeatedly draws inspiration for his music from other arts such as literature, film and visual art. Reflections on philosophical questions, social processes, or political events also prompt his compositional work. He transforms these impulses into sensual sound adventures – full of energy – and does not shy away from jazzy nuances.

With “Grace Note” (2012), the choreographer Chris Haring and his company Liquid Loft, awarded the “Golden Lion” of the Biennale di Venezia, and the composer Arturo Fuentes, originally from Mexico, come together. Visual artist Günter Brus contributed text and voice. “Arturo Fuentes’ music has been described as a carefully organized kaleidoscope of chaos, exploring the borders of dynamics, color, texture and virtuosity. Almost sculptural, he allows the sound to oscillate between foreground and background, creating a sonic space gripped by a constant excitement.” (mica music database)

As a company, one develops one’s own visual language, builds a movement repertoire, and often works out pieces collectively. The idiosyncratic visual and formal language, distinctive acoustic stage sets, and professional dance realization brought Liquid Loft widespread international recognition. Fuentes seems to have been well received in this biotope, as critics raised the following question on the occasion of the premiere of “Grace Note”: “Is it possible to bring complex ideas to the stage in a dance piece in which many creative minds were involved, without allowing a single one to stand out as spiritus rector?” The answer, however, follows immediately: “Grace Note” “shows that this indeed works and results in a round and impressive whole that gives the lie to the spoiled broth prepared by too many cooks.” – European Cultural News (Michaela Preiner). In 2014, “Grace Note” was shown at the Concertgebouw Brugge.

Peter Jakober and Paul Wenninger also met for the first time in the context of “Pieces of Movement for Orchestra”. For these, Wenninger collaborated with other choreographers to choreograph miniatures for the RSO, including one by Peter Jakober. “I loved his realization, he loved what I had written tonally, so that’s how our first collaboration came about,” said Jakober, who continues to work with Paul Wenninger to this day.

Their first work, “S E H N E N” (Tanzquartier Wien, 2011), relies heavily on the dialogue of composition, space and choreography. “Musicians, dancers, choreographers and composers have a very similar knowledge in the coordination of time and space. We wanted to see to what extent these could be merged and conditioned,” Paul Wenninger describes the impetus for this in an interview with skug. This was followed by “DINGEN” (Wien Modern, Tanzquartier Wien, 2013), which we want to take a closer look at. Here, an instrument is the main protagonist, namely a chordophone made according to supposedly historical plans, which is played by two dancers in spacesuits. Moreover, the piece was premiered when Wien Modern proclaimed the festival motto “Dance.” Another performance took place in 2014 at the summer festival at the Akademie Schloss Solitude in Stuttgart.

“For me, the technique of ‘Mickey-Mousing’ used in film music would be boring” – PETER JAKOBER

For Peter Jakober, the music should bring a new perspective to the themes of the project. It can emerge from the circumstances, such as the stage situation; or bring a completely new level to the narrative all on its own. “For me, the technique of Mickey-Mousing used in film music would be boring if the events in the picture were transferred one-to-one to the music. For example, in ‘Things,’ the object, the instrument, as well as the narrative of a historical instrument, the basic sketches of which we found in Eritrea, or that the stage situation is that of a laboratory, were central approaches.

Then there is the challenge that the performers – neither of them professional musicians – play my composition in the piece. At the beginning, the two performers test the instrument by hitting the strings harder and harder with mallets. It is as if they are feeling what they are actually playing. This beating causes mounted electric guitar pickups on the instrument to vibrate, which then increasingly synthesizes the acoustically audible beating sound on the strings. The narrative of a historical instrument developed in the 16th century and the sudden sound of electric guitar-like sounds gradually ‘creeping’ into the overall sound is thus also acoustically challenged.”

Peter Jakober is interested in rhythmic superimpositions, the resulting slow shifts and microtonal design. Electronic feeds are often added to his works. Jakober, who studied with Georg Friedrich Haas and Gerd Kühr and has created a considerable list of works in the twenty years of his compositional career, draws his influences from rock music and club culture. For Paul Wenninger, who also works as a film director, Jakober recently contributed music and sound to his animated film “O” (Sixpack Film, 2021), which screened at the International Short Film Days Oberhausen. A new film project is planned for fall 2021.

Theater director Claudia Bosse is known for adapting ancient material, unusual venues and the use of choral elements as stylistic devices. Musically, she is supported in her productions with theatercombinat by sound artist and combinats member, Günther Auer, or she asks external composers. For her latest work “Sacrifice and Oracle in the Woods” (theatercombinat, 2022) Peter Jakober writes the music.

Translated from the German original by Arianna Fleur Alfreds