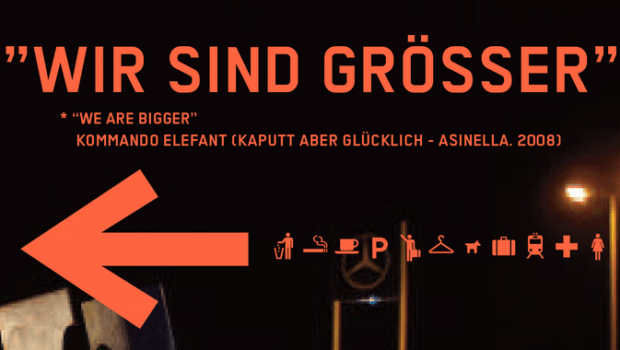 RIGHT IN THE MIDDLE OF LOWER AUSTRIA THERE IS A HUGE BLACK HOLE, WHICH SUCKS UP EVERYTHING. IT IS CALLED VIENNA AND RENDERS EVERYTHING THAT HAPPENS AROUND IT PROVINCIAL BY PROXY. NONETHELESS, AUSTRIA’S LARGEST PROVINCE HAS HAD ITS OWN CAPITAL CITY ST. PÖLTEN SINCE 1986. AND FOR ALMOST TWENTY YEARS (EVEN THOUGH THEIR DEBUT “JAMZERO” ONLY CAME OUT IN 2001) ST. PÖLTEN HAS BEEN THE HOME OF ONE OF THE MOST POPULAR LIVE ACTS IN THE LAND: THE BEAT-BOXING FIVE-PIECE BAUCHKLANG.

NAME A LIFE-CHANGING MUSICAL EVENT THAT YOU EXPERIENCED IN AUSTRIA.
The decisive one for us as a group was definitely our first gig at the Flex in Vienna as part of Jogi Neufeld’s Sub Club night. That was fat. We managed to create a lot of energy with just a small line-up. Another gig which I can remember was being sandwiched between Mother’s Finest and Stereo MCs at the Groovequake Festival in Wiesen. We were actually scheduled to play much earlier that night, but by chance, and thanks of the easy-going attitude of Willy de Ville, we ended up playing in front of an incredible crowd.

WHICH VENUES IN LOWER AUSTRIA WOULD YOU RECOMMEND?
There is a nice place in the centre of St. Pölten called Cinema Paradiso, where you can get good drinks as well as see good films, attend public readings and listen to live music. At Egon or Freiraum, particularly when it’s a Club Kling Klang night, you can also catch some great live music. For more electronic fare there is the Warehouse.

WHAT WOULD YOU LIKE TO SHOW OTHER MUSICIANS AND FRIENDS IN AUSTRIA?
One safe bet is Seedose, a small bar in a container next to a recently developed lake on the outskirts of St. Pölten. You can rent a pedal boat there, have a swim and eat well. Another exciting place is the Sonnenpark/SKW in the south of the city, where the arts and culture club lames is located: Two houses with lots of charm and works of art adorning the facades. There are artists’ studios and rehearsal rooms as well as a huge park where you can spend a lot of time and lose yourself. Definitely worth a visit!

WHAT IS YOUR FAVOURITE MUSIC FROM AUSTRIA, PAST AND PRESENT?
Elektro Guzzi, Francis International Airport, Wandl, The Unused Word, Dorian Concept and the congenial Kompost3. In the old days there were troupers like Supermax and, of course, Falco, who knew how to make wonderful songs. But then songs like “Orange” by Wilfried or “I mecht landen” by Maria Bill were brilliant as well. Also we mustn’t forget “Der kleine Spion” by Minisex, which was Austria’s take on the Neue Deutsche Welle. Apart from that there are acts like Garish, Attwenger and Mimu Merz, who has one of the most impressive voices of the younger generation. It goes without saying that we might have forgotten to mention others that we find just as great.

WHAT ELSE THERE IS TO DISCOVER