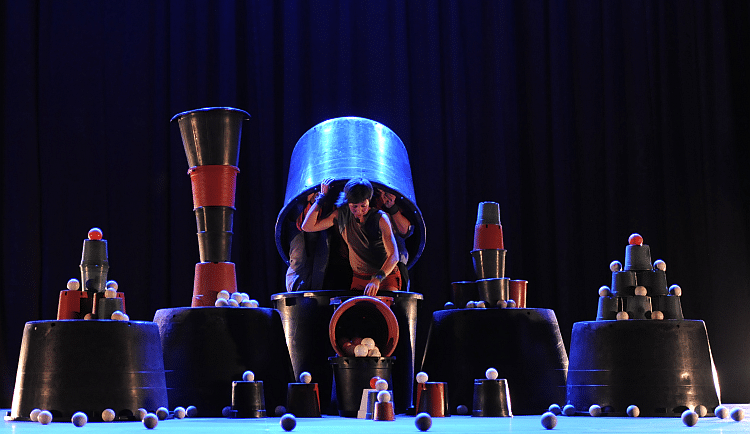 The Internationale Kulturbörse Freiburg will be starting it’s 29th edition between the 22nd and 25th of January in Freiburg, Germany. And, as so often in the past, it will feature strong participation of the Austrian music scene.

The Internationale Kulturbörse Freiburg, one of the oldest and most respected of it’s kind in Europe, is an international trade show for stage and music production. The goal of this convention is to give national and international participants an overview of current stage productions, new trends and subjects in the event business. The three pillars of the event are a large convention with over 350 exhibitors (agencies, artists, service providers in the culture and event branch), around 200 live shows on four stages and an extensive selection of seminars, lectures, discussions, and workshops.

As in past years, representatives of the Austrian music scene will be using the opportunity to present themselves to a global audience. Among them will be Christoph Pepe Auer, one of the leading young talents in the Austrian jazz scene. The Tyrolean bass clarinetist and saxophonist will be taking his program “Songs I Like” to Freiburg. Birgit Denk has also been invited. The Grande Dame of the Austrian vernacular pop scene will be performing new interpretations of 1950’s cabaret songs together with her band Die Novaks. The Viennese pianist Johannes Thoma on the other hand, will be dressing up classic jazz in some modern acoustic clothing.

Marina & The Kats are an Austrian band that have been able to make a name for themselves outside of Austria. The Styrian band will be taking a musical time trip back to the glorious days of swing and back to the present. No less exciting will be the colourful and diverse performance by the Viennese Cobario. And cultivated world music sound curious conference attendees should visit the Graz based formation Buena Banda. The five musicians from four different countries are well known for their thrilling live shows.

Dee Dolen will be having a date at the Kulturbörse. The band from Tyrol does their own thing musically: a little bit of jazz, a little funk, a pinch of rock and some sounds from South America make up the musical dish that audiences everywhere eagerly enjoy. And, last but not least, the fiendish fiddler and composer Simon Frick will be giving audiences a taste of his extraordinary abilities. The musician from Vorarlberg loves experimental jazz as much as chamber music and metal. A pretty wild combination that will definitely attract some attention.