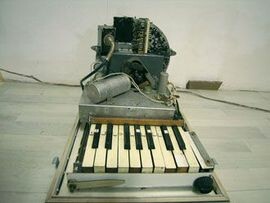 Although sound installations in Austria are rather sparse, the scene rather small, electronic music plays an important role in the 21st Century. And this both in the fields of experimental music as well as “traditional” electronic or electro-acoustic compositions.

Although it took quite some time before the first electronic studios were financed, at first in 1958 in Salzburg and later in Vienna, the interest in electronic and electro-acoustic music has not faded. Centers are located in Graz and Vienna, and the experimental electronic scene is still very much alive. There are quite a few composers of electronic and electro-acoustic music (just to name  a few: Katharina Klement, Karlheinz Essl, Marco Ciciliani, Elisabeth Schimana, Daniel Lercher, Hui Ye, Michael Zacherl) that compose traditional electronic/electro-acoustic music (either pure, as a playback with instrumentalists or in the form of live electronics), but are also active as improvisers in various experimental music scenes. Alternating, as well as fluid boundaries included.

While in earlier days composers of electronic and electro-acoustic music were tied to large electronic studios to realize their work, this is not  the case anymore. Of course there are exceptions, especially when extremely complex interconnections, sound editing or sound distribution processes have to be developed and require special studio equipment and/or technical knowledge. However, due to the countless possibilities of electronic composing, this does not necessarily apply to each composer. With the range of various programs, the domestic laptop has nowadays replaced  a large electronic studio. It should also be noted that with the easy access of computing power, the aesthetic design possibilities have expanded. Particularly in the past fifteen to twenty years  a lot of things have changed.  Not only in the 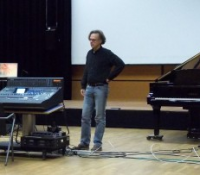 performance of the domestic laptop as a studio computer, but also regarding  new forms of interaction. In 2006 the first live Internet concerts (for example part 8 of “Die große Partitur”) by Elisabeth Schimana and Seppo Gründler were literally an experiment  – with numerous interfering factors such as slow transmission etc.. Today these experiments are almost normal, with the result that the attention is ultimately focused on the aesthetic content. The possibilities in the live electronic field are now endless, for example complex sound analysis methods such as granular synthesis, which  Gerhard E. Winkler uses for his compositions.

On the other hand, the maximum of computer performance and the uniformed matte silver laptops have also led to a “rollback” or rather a re-entry of things that were once pushed away. Trash-electronics, home-made electronics, converted everyday electronics or the targeted work with low-fi sound quality and recording equipment have been introduced to electronic composition and experimentation (eg. Tamara Wilhelm, Michael Zacherl or Angelica Castello).

As an escape from the sonic overkill, there are also a few refined tendencies of reduced microscopic concentration on individual sounds, sinus tones in the finest mixing and beat forms, such as with Tim Blechmann. 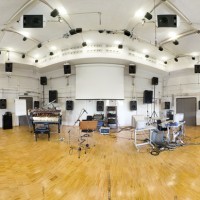 Although the home studio on the laptop has become a standard of every electronic musician and student, educational institutions and electronic studios have not disappeared. At the University of Music and Performing Arts in Graz, it is the IEM, the Institute of Electronic Music and Acoustics, founded in 1965. Teachers at the IEM include composers such as Gerhard Eckel (intermedia work, integration of electronic interfaces) and Winfried Ritsch (a developer of computer-controlled pianos, together with Peter Ablinger, Bernhard Lang, etc). Artistic research still plays a significant role. The IEM Cube, a medium-sized performance space, provides a flexible infrastructure, most notably with the possibility to realize three-dimensional sound projections with countless speakers distributed throughout  the entire room, including the ceiling. No other Austrian university or institution offers comparable premises. 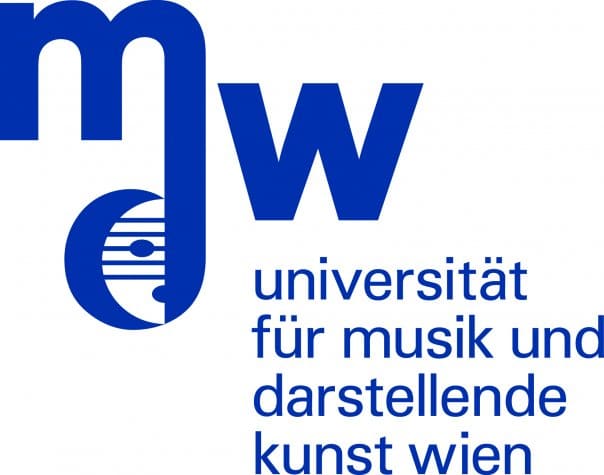 At the University of Music and Performing Arts Vienna, there are two ways to learn electronic composition. First, the regular composition studies with emphasis on electronics and electro-acoustics (directed by Karlheinz Essl), or the connected “University Course for Computer Music and Electronic Media”, the ELAK. The name ELAK goes back to the old name and refers to the integration of electro-acoustic music. The ELAK is of particular importance in Austria. Founded in 1963, the three-year course not only offers students the possibility to learn electronic composition, but also sound art or sound directing, and does not require a traditional entrance exam.

For many years, this course was led by Dieter Kaufmann. From 2002 to 2006 he was followed by the composer Germán Toro Pérez, who has been the head of the ICST – Institute for Computer Music projects and Sound Technology in Zurich since 2007. Katharina Klement then directed this course on an interim basis for several years, and now since 2010 Johannes Kretz is the head of the ELAK, together with a team including Katharina Klement, Marco Ciciliani and Wolfgang Musil. Wolfgang Musil is by the way one of the most influential sound directors of the live-electro-acoustic music scene in Austria, together with Alfred Reiter, Christina Bauer and of course the Klangforum sound directors Florian Bogner and Peter Böhm, and Christoph Amann (even though he primarily produces excellent live recordings and studio recordings).
Today’s most acclaimed names in the field of electronics and electro-acoustics of various forms from Austria include numerous ELAK graduates. The importance of this training course and its influence on many composers is emphasized, for example, by Katharina Klement in a mica-interview. 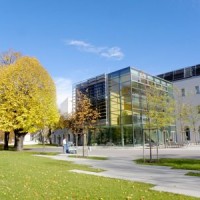 There are especially some women that have been able to establish themselves in the field of electro-acoustic music. Besides Katharina Klement, there is Andrea Sodomka (“Alien Productions”), Elisabeth Schimana (IMA), Tamara Wilhelm (Velak, experimental electronics) or Mia Zabelka.

Also coupled with the Institute for Composition and Electro-acoustics at the University of Vienna,  is the Center for Innovative Music Technology (ZiMT), founded in 2008 and again directed by Johannes Kretz. The center focuses on research in the field of computer-assisted music theory, as well as computer music and multimedia performance.

In Austria electronic and electro-acoustic music can be heard at various, mostly small venues. Dedicated concert series take place at the IEM in Graz, but also at the Alte Schmiede (Elektronischer Frühling) and especially in the Brut Konzerthaus. With the name VELAK Gala, Daniel Lercher, Peter Kutin and Stefan Brunner, former students of the ELAK, have teamed up since 2007 to organize monthly concerts with electronic, electro-acoustic and experimental music. Here you can listen to music from Austria as well as from international guests.  With an emphasis on rather small projects, these concerts are well attended, especially by a younger crowd. Complex and unique in Austria is the series “The Electroacoustic Project“, organized by the composer Thomas Gorbach since 2007. The special feature of this concert series for electronic and electro-acoustic music are the speakers. The idea of acousmatics was first developed in the 1970s in France. In short, it refers to an orchestra of speakers of different tonal characteristics, which are specially positioned and aligned, depending on the composition. With his acousmonium, Thomas Gorbach contributes to  the fact that electro-acoustic music does not end in the “storage of the composition”, but that different speakers also contribute to an interpretation.

Back to the Future or: IMA – Institute for Media Archeology 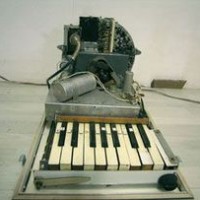 In 2005 Elisabeth Schimana and Seppo Gründler founded the Institute for Media Archeology in Hainburg . The aim of the Institute is to document achievements of women in technology and media,  predominantly in the acoustic-musical intermedial field,  and to make this knowledge accessible. Research, documentation and communication are complementary. Exhibitions, concerts and small festivals are included in the program. Probably the most extensive and fundamental exhibition in the field of media archeology was initiated by Elisabeth Schimana with the name Zauberhafte Klangmaschinen/Magical Sound Machines) (2008/2009), which also led to an extensive book publication with the publisher Schott Music. Not only did the exhibition offer a historical overview of mechanical and electronic sound machines, but also inspired some compositions for historical sound machines, most notably for the Max Brand Synthesizer.

To name all Austrian composers that have seriously and intensively dedicated themselves to electronic and electro-acoustic music would result – fortunately! – in a long, long list and would represent composers of the older generation, the middle to younger generation. Composers that were devoted to purely electronic music, as well as those preferably using electronics as a playback, integrated in instrumental compositions or performances. Composers that focused on live-electronics as performance art in conceptual and free improvised music, or those who have made a name for themselves as sound or studio directors. Transgressions included. Likewise, it would be confusing to list all of the different aesthetic approaches of the artists in a concise manner. A more or less unified movement or an “Austrian School” of electronic or electro-acoustic nature can not be singled out,  a phenomenon that takes account to the fact of the universal availability of aesthetical and production knowledge, but also the technical possibilities in times of seemingly limitless, Internet-based media influences, on the other hand also the various teaching and mediative approaches of electronic music in Austria – whether in universities, courses, or self-taught.