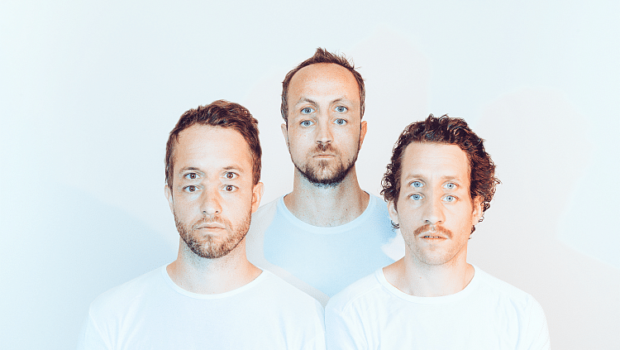 “Clones” begins with the minimalistic and atmosphericaly dense track “Room”. Some might say that previous Elektro Guzzi releases were the same. And then, just as that suspicion is beginning to take shape, a hint of a melody begins to become apparent. And that takes everything to a whole new level. These subtly insuated chords create a dreamlike mood, an audio breadth that is an invitation to float on.

AN ALBUM FULL OF SURPRISES

This is something we haven’t experienced before from the guitar-bass-drum trio. Like many things to be heard on the fourth release from Bernhard Breuer, Jakob Schneidewind and Bernhard Hammer. This kind of surprise pervades the entire album. “Clones” is the most musically diversified work Elektro Guzzi have confronted their listeners with. One becomes the impression that the tirelessly forward marching techno of the past has given way to a considerably more varied and stylistically diffuse form. It is still danceable, of course. But the chilly electronic tones of old have been replaced with a much warmer and open sound aesthetic.

Environments, moods, and intensities: sometimes in the classic rhythm of techno, sometimes in a slower downbeat-like experimental and suspiciously charged style. The band doesn’t cut itself off from pop influences either. It’s particularly beautiful, even exhilarating, when, after an endlessly suspenseful escalation, the trio from Vienna begin to flood the soundscape with trancelike sounds. It’s impossible do anything but dive into the happenings and be carried away by the sound. Elektro Guzzi have once again managed to redefine themselves and their music. They have delivered a major hit that won’t let you go.